Maybe I'm a Leo - All Hive members should know this

I am still under the impression of reading this report on the activity in Leo Finance in December and the preparations for future improvements. I think it should be read by everyone, so if anyone missed it, I highly recommend reading it now. I say from the position of a beginner in Leo but of a somewhat veteran in Hive. I was impressed by the dynamics of this community! 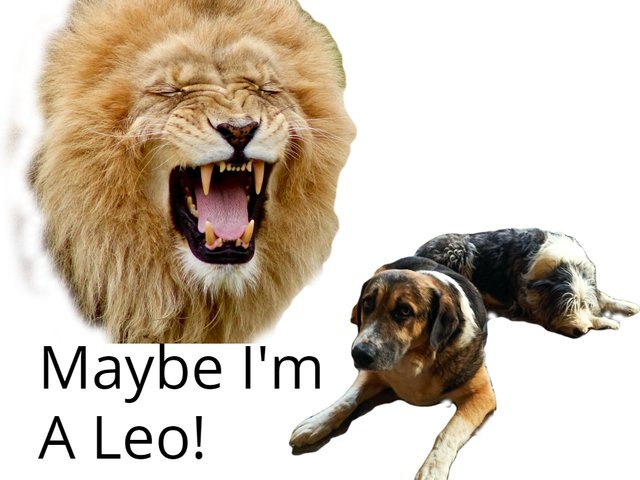 In this post there is a lot of information, everyone can find something that is in their interest. For me, the most important part is the Top 30 LEO Author Reward Leaderboard

Because we are in a community interested in finance, we are certainly primarily interested in our own finances and how much we can earn from our participation. I am totally "devastated", in a good sense of the word, to be able to win with the same post, both from Leo Finance and from Hive. All Hive members should know this!

Because the members of Hive also want, first of all, to be rewarded as much as possible for their efforts.

Then, if we all want to have as many members as possible in Leo Finance, why not address to our colleagues from Hive first?

This is an opinion and I expose it to everyone but especially to some of the most justified, in my opinion and my limited knowledge, to have a relevant opinion, that is @leofinance, @khaleelkazi, @onealfa, @taskmaster4450.

I think it would be easier to recruit, convinced, than through Twitter campaigns (of course, very necessary but I think it's harder to bring that mass of new members in a short time).

To make this process easier I think some simple actions need to be done.

First let me bring you my example, to explain why I think a small change should be made. From memories, because I don't have time to document myself exactly, I know that I received a quantity of Leo at a certain moment and it seemed to me an attractive coin. Then I saw the community, I saw the tag. Because I noticed that I could earn a few different coins by adding their tags to my posts, I also used #leofinance, I think, I don't remember if it was, and I immediately received a reprimanding comment!

"What do the flowers in your post have to do with finances?"

Of course, they didn't, but they could have, if I had as little experience as possible. I could have written about a business that could be made from growing or selling flowers, how cryptocurrencies could be used for payments, and so on. I didn't know how to write this... but I wasn't helped to do that either.

That comment made me move away from the desire to enter this community, to sell coins... and now I feel sorry!

What I want to say, if I failed to make myself understood, is that maybe posts should be accepted if have references to financial, monetary, economic aspects but that are also related to other people's interests, from gardening, cooking, travel and photography to politics. Let it be a mix between the posts from Leo and those from Hive. This would create the possibility of an easier two-way crossing, from Hive to Leo Finance but vice versa. I think it would be to each other's advantage. It would also increase the site traffic.

Promotion would be easier because many Leo Finance members are active in Hive, have many followers and many may be interested in posting in Leo, attracted, of course, by the opportunity to greatly increase their rewards.

As a conclusion, I think our colleagues from Hive, first, should be drawn to Leo Finance!

Regarding the relaxation of the topic accepted to be posted in Leo Finance...

I think that with the introduction of microblogging, many will post about economic and financial activity and will not write as many long blogs as now. The blog page may be less used and this may require more members, those in Hive are used to writing a lot and would express themselves more here, in the perspective of rewards taken from both programs.

I think that the recommendation regarding the posting should be that the topics should be diverse but should also have a part that should refer to economics, finance and crypto. I am convinced that there are many Hive members who could write like this, but quite a few who could meet the current standards from the very beginning. In time a selection will be made, some will give up but most will become more specialized and dependent on Leo Finance!

For example, I would like... I mean, to explain: the posts about finance, stocks, economic policies, crypto and decentralization are full of useful information but have a fairly dry, dry form and reading the same typical daily can be boring. Maybe not in a month or two but in a longer time. There are still colleagues who introduce, in addition to text, memes and gifs, but this is too little.

For example, I would like to post music. I know that time means money and few would listen to music instead of reading other posts or commenting, but at least our eyes would see something else.

The idea for this post came to me last night when I was listening to music. I'm old and I listen to old music, I missed my youth and I tried to listen to Deep Purple. Among their famous songs, such as Sweet Child in Time or Lazy, I listened to Maybe I'm A Leo!

I thought, regarding the title of the song, how well it fits the name of our community. I immediately thought that a story could be written about this name, about conspiracy theories (so loved by some of our colleagues). In fact, Leo Finance was founded fifty years ago, but as a secret society that members of the band Deep Purple wanted to be part of, they tried to access this society but did not know if they were accepted. That's why they said... Maybe I'm a Leo!

Peeping round the door I got a big surprise
Couldn't see a thing but open skies
They've taken her away where is she now
...
Wish that she was here wish she'd hold my hand
Maybe she could laugh maybe understand
Why was I so cruel where is she now
...
Acting like a fool I had to make her cry
Maybe I'm a leo but I ain't a lion
I'm hurting oh so bad, I want her now
(Repeat)
Source: LyricFind

Many more could be said, but such a story can be written in Hive, in Leo Finance it would be received with the question: What has she got to do with cryptocurrencies?

Well, everything I've said here may have been discussed before and it's probably not a good idea. I thought of a marketing technique that says, if I remember correctly: First you bring people to the store and then it will be easier!

Now, at the end, I want to say that everything I wrote above is an idea of how we could promote Leo Finance. Leo Finance is an exceptional program and our closest colleagues, those from Hive, should know better what is happening here and how the rewards are so great and the currency is three times stronger (for now). The fact that our posts in Leo Finance appear simultaneously in Hive is a great advantage to be able to make these realities known.