Time For a Change - Lost In Translation

Paraphrase a superb film by Sofia Coppola "Lost in translation" with Bill Murray and Scarlett Johansson. A famous American actor who came to Japan to film an commercial, gets lost in words in a country where he doesn't understand anything being said ...

This was also my situation, of course keeping the proportions, when I decided to join the Leo Finance community. I had another attempt a long time ago and used the tag in an inappropriate way. I was immediately asked what the flowers in my post had to do with finances. I would probably have found a connection, because in the end everything in life has to do with finances, but I didn't know how to answer and I gave up. I'm sorry I did this but anyway I'm used to not being able to take advantage of an opportunity at the optimal time.

About two months ago I noticed that one of my friends from Hive, @acesontop, greatly reduced the posts in Hive and started posting almost exclusively in Leo Finance. This caught my attention, as well as more and more posts in which the successful example of Leo Finance was presented and especially the degree of socialization and interconnection clearly superior to that of Hive.

Then I saw other colleagues who started posting here, constantly, @erikah and @alexvan. This made me decide to try, even if I did not have the necessary knowledge of finance, cryptocurrencies and economics, the main topics agreed in Leo Finance. Now, to be honest, I think I have some knowledge and interest, I worked for many years in a bank and I read a lot about crypto, I even have a small portfolio that I try to trade on an exchange. However, my writing habits have been used and influenced by posts on Steemit / Hive and on general topics, especially using photos and growing a story around them.

I entered with enthusiasm and I thought I would be able to be at the level of my colleagues, also beginners. I started the adventure with 2 LEOs in my pocket and I did my best to increase the LP, which now, after a month here, has reached 1270 LP. It seems small but it's huge in reality, compared to Steemit. What I achieved in Leo Finance in a month cost me two years to reach the same value (however, to be honest, for LEO I bought half of the LP).

What impressed me in Leo Finance was the high degree of interaction, the dozens of comments that some authors receive. I came here first to learn and often you learn more from the comments than from the actual post, because the comments often explain the main content and those who comment bring more information to the subject.

The fact that these comments are most often voted, both by the author and other members (the most visible example being given by @taskmaster4450le and @onealfa, of course there are many more but I did not interact with all, of course the fault my) makes the interaction productive in both directions (for commentators and for the community).

Well, a long and boring story, these are facts that everyone knows. What I want to say? Like after a start with a few posts, I couldn't write anything worth publishing. This upsets me and upsets me even more because I have become envious when I see other beginners who manage to write even more posts a day!

I did not envy anyone in life and at this moment when I felt that this ugly feeling stuck to me, I was scared.

Then the activity of reading, commenting is very time consuming for me and almost caused the abandonment of the activity in Hive. The last break was even ten days! 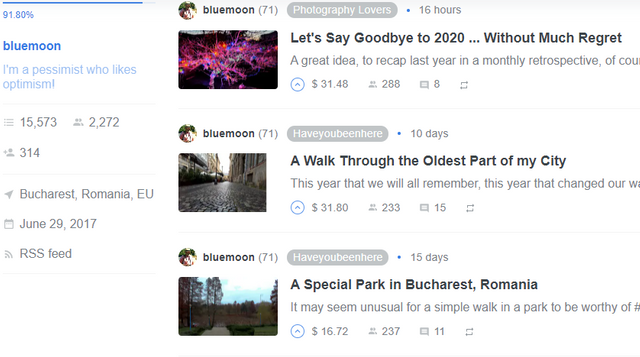 At the same time, the increase in LP was also due to the purchase of LEO with HIVE. Now this is not so profitable, when LEO is three times more expensive than HIVE. 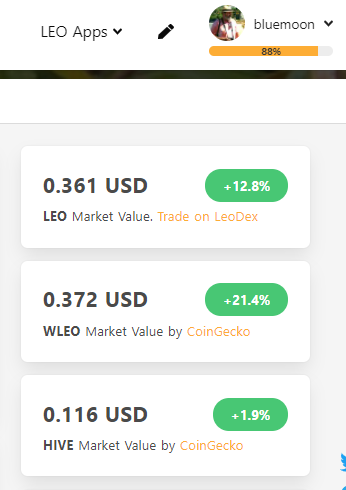 Because of this, it is much more profitable to earn LEO as a reward for posts, rewards that are normally many times greater than the rewards received for comments.

So many words (as I usually do in Hive blogs) to reach a short conclusion, which, I apologize if I'm wrong, I don't think it matters too much (as is normal).

I decided to use these two platforms equally, Hive and Leo Finance, and to post three blogs a week on each of them! Counting begins with this post. Thank you if you have read this far!