Republic of Palau Serious on Cryptocurrency

I've heard once or more that people thought Cryptocurrency was used by drug dealers and terrorist but I never took it serious because it was a joke to me.
President Surangel S. Whoops Jr is one of those that thought the same but his perception is all changed today.
As time goes by people start understanding the the effect of cryptocurrency and how beneficial it is.

Republic of Palau is an island country that consist of 340 islands and has a population of less than 20,000 people, precisely 18,227 according to worldometer. 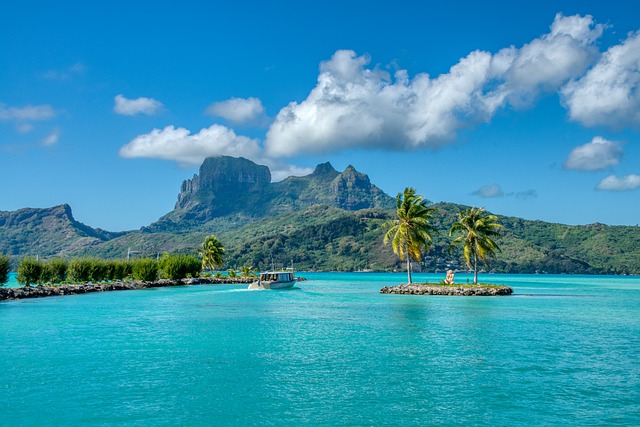 The country depends mainly on tourism aside agriculture and fishing, but after the pandemic, it has gotten worse due to restrictions of movement.

Republic of Palau partners with Cryptic Labs to issue digital residency for global use using Root Name System in which anyone that applies and gets approval would be issued a physical ID card and a digital ID card in form of NFTs.

Our Digital Residency Program will have capacity for internationally recognized standards of identity verification to ensure that Palau upholds the rule of law and our reputational integrity. We welcome all global citizens to apply to participate in Palau’s digital residency program.
So I gave it a shot by just inputing my email and got an email yesterday.

One of the things that we, as a country wanted to do is diversify our economy and create a financial center hub. As a small country,that's challenging. But when you're moving digitally, that's easy. The president said.

Last year around November, Republic of Palau partnered with fintech company, Ripple to develop its own digital Cryptocurrency using XRP ledger (a decentralized, public blockchain led by a global community).
I got to find out that Palau depends on United States for aid and security, the country doesn't even have its own currency because it uses the US dollars.
The Republic of Palau is one of the nine countries that don't have a central bank.

The partnership with Ripple would lead to the world's first government backed stable coin. The stable coin would be used by its citizens for cross-border payments and would be a USD-baked currency.

Anyway this post should have been posted earlier as I fell ill suddenly yesterday.
I'm better now.
I just actually found myself another vacation country after Malta.

Thanks for visiting my blog, till next time.

I'm not a big fan of Ripple, but any positive news about cryptocurrency adoption is welcomed! It's nice to see these small countries that are not just heaven for living, but also crypto-heavens! :)

I got some ripple in my Luno wallet and then Ripple had a banter with SEC, then court cases and all.
It's just there.

It's a nice get away country as got to find out.