TL;DR - The Next Proposal

The Story So Far

It started off with Podcasting 2.0. That led me to develop @podping which was the first project which the DHF funded. That is a quiet, growing success. It hasn't needed extra funding since it's original 60 day, HBD 7200 grant (it got a little less in the end) and most of those funds remain in the account, powered up and providing ongoing resource credits. I will give a separate update especially on the work going on around cross-app, live podcast notifications for podcasters "going live". This is a killer feature and Hive is at the core of it.

I put in the first proposal for the Hive Lightning Bridge in August 2021.

The second proposal began in January and is coming to an end in a few days in May 2022.

The main thrust of the previous proposal was to get a two way bridge working between Hive and Lightning for small payments. I had budgeted and planned to outsource the creation of a public facing Lightning service I would need.

In the end I built almost all of this myself resulting in devoting considerably more time to the project than I had expected. I'm very happy I did and I have a much deeper understanding of Lightning because I did.

This has continued and works well. All channels on @threespeak are video podcasts and increasingly some of the new Podcasting 2.0 compatible apps are dealing with video better.

Last time I reported that Hive worth around 2.1m Sats had been converted. I changed the back end recently, but only since that change in mid March, I've seen more than 5.3m Sats worth of Hive or HBD converted.

The new part which I built myself, is the ability to generate and pay a lightning invoice v4v.app/hive and have Lightning turn into Hive or HBD. This has been used more than a 100 times and for around 2m Sats. These aren't huge numbers yet, but there is growth in both transaction volumes and the number of new accounts using it.

Back end and cloud hosting

Over the last 4 months I've dramatically re-configured the back end to get ready for decentralisation and open sourcing. I've improved the accounting systems which will be necessary for anyone to run this service.

I switched from using a Lightning node at home to a cloud based one from Voltage and I also took a server from @privex in order to run the front facing website v4v.app and the all important back end API which is available right now for any Hive Devs who want to include Lightning in their Hive projects. 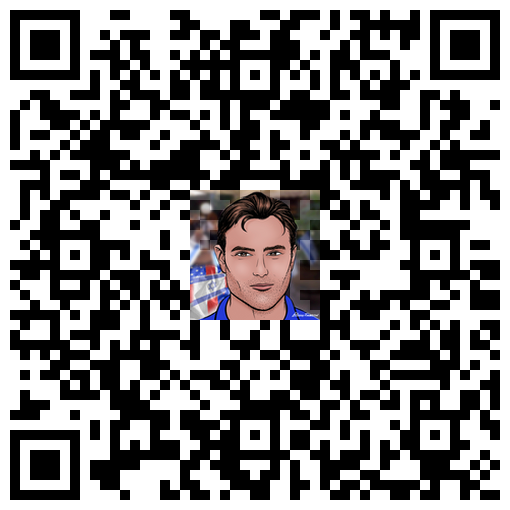 I'm announcing here something which will get its own announcement soon: Lightning Addresses. This might look like an email address but if you put it into most of the newer Lightning Wallets: [email protected] either by typing it in or snapping the QR code.

My website will generate these QR codes for you soon.

V4Vapp services have become steadily more reliable and the earliest users who sometimes saw things go wrong will all attest I fixed problems very quickly and they tend not to re-occur. I've solved a lot of issues with making reliable payments on Lightning (which is a huge problem for the entire network). This is certainly made simpler for me by limiting transactions to 100,000 sats at a time, but it has necessitated a lot of work keeping Lightning nodes up and channels balanced.

I set myself a goal of being able to leave my home for 2 weeks and have all these services run without intervention until I came home. I was set up to VPN in and fix stuff and in the end I almost didn't have to.

Right up until the crypto market melted down on Thursday of last week almost everything ran well! Swaps happened in both directions and everybody was happy.

Then the Hive/BTC rate swung wildly outside of what had been normal and an emergency break I'd forgotten I put in suddenly came into force. I knew fixing this was going to be too much work for me to find and reverse from abroad and away from my main machine so I had to suspend the service for a day or so while I travelled home. Normal functions were restored a few hours after I got home.

Containerize the entire operation of a Hive Lightning Bridge

This deserves some more discussion because it is the biggest technical challenge but the most important from the point of view of turning this into a project that matches Hive's approach to reasonable decentralisation.

My philosophical approach is not to have hundreds or even dozens of exchanges in the short term: but to have enough to avoid single point of failure. In some ways my thinking on this is in line with what the @threespeak team is doing with distributed CDN's, encoding and storage systems for video and other data.

At present I have three key components running in three locations all talking to each other:

The cloud Lightning node I'm using is run by Voltage but everything else I have designed and deployed. All my deployments so far run in Docker. The public web facing parts are on a @privex server and the part which watches the Hive and Lightning transactions is not directly open to the internet. The main website and api use a Docker version of Traefik. I knew nothing about any of this 12 months ago.

My goal over the next 6 months is to get this to as close to a single docker-compose up command as is possible. The Lightning node management will always be separate and demanding of a set of skills that have to be learned. My aim is to find one or two people willing to learn that skill and marry it up with my existing software: I will then shift to developing a command and control system within Hive so that if one of these bridges goes down, traffic is routed to others.

Thanks for everything so far

I must say again how grateful I feel to have all of you, my friends in the Hive community as my "bosses". I truly feel I work for all of the community. I believe I'm providing a valuable service to Hive which will increase the value of every part of the Hive ecosystem in ways great and small. It is so rewarding to be able to contribute and I'm so grateful the DHF is around to give me the space to work on this.

I do not take any votes for granted and I try to offer a service which many more people will want to use with service levels and reliability backed by my entire reputation. I will answer any questions or concerns and I take all suggestions on board.

The Future of Lightning and Hive

To conclude I just want to say a few words about Lightning. As I was writing this Michael Saylor, love him or hate him, just tweeted out the following:

I agree with both those but I'll add that Hive is the future of Web 3.0 and the ownership of a digital presence.

I've written copiously on Lightning's issues, but it does have a massive groundswell of support right up to legal tender in El Salvador. It is developing the range of on/off ramps which no other crypto option seems to have. These are mostly in the US and a few other places for now, but with each new, easy way to get $20 of Lightning, we suddenly have new ways to use Hive and HBD in daily life.

Only Hive can give the security and censorship resistance of a proper blockchain with widely distributed infrastructure and token ownership: Lightning coupled with Hive provides a unique opportunity that the other high-fee projects can't take advantage of.

Once again thank you for your votes and support so far!

I'm starting the new proposal after the first week of June. This is two weeks after my current one expires and three weeks from when I'm putting it up for votes.

I'm working on Hive and V4Vapp at least 6 hours per day, 5 days a week.

This is really nice and huge sacrificing such time to enhance the blockchain to another level. Keep up the good work @brianoflondon it is definitely a work well-done to achieve success

✅ Voted for the proposal, Brian.
Good luck with the next phase of your excellent work.
Regards Thomas

I admire your commitment to lightning and Podping. I'm sure your proposal will be accepted !

I have voted for you. But I don't know how to check it. So I voted again on Peakd. I think it's just a repeat, I can voted for you only once !

This sounds like a safe vote from me, though I wish there will be some transparency of funds used for hiring others and promotions.

I'll add some more details in and try to make estimates of how much help I'll pay for around docker.

So far I've not really used DHF funds directly for promotion though I'm giving pretty generous rates and low fees and I'm not obsessively watching the BTC/Hive rate to make sure I stay ahead. The volumes are small enough that if I'm up or down a dollar or two over a week it's not a catastrophe.

However a big part of making the service runnable by others will be keeping a much firmer hold on it being at least break even to run.

The work you are doing on this project is of benefit for all of Hive whether they know it or not. At some point everyone will use this to conduct transactions. It'll be as simple as using a service like PayPal. And today we have the opportunity to support the development. Yes to this every day of the week and twice on Sundays.

🙏 thank you for the support!

I support this proposal and will vote for it.

I gave my support to the proposal. It is a service that I have used on several occasions and I have to say that on one occasion I had a situation during the transaction, however, as soon as I communicated with @brianoflondon he checked and gave a quick response and solution. I know that many friends make use of this service, and I hope it lasts. The work you are doing is really very valuable and deserves all the support!!🙌

Thank you for the support and your testimony!

I almost missed that. Supported. 😁