Programatic Advertising - what goes one while the page loads

As part of our @jpbliberty #CryptoClassAction lawsuit against Google and Facebook I became acutely interested in all aspects of the modern digital advertising world. I was never an expert in this but that's the nature of our law suit: I'm becoming an expert in many new areas.

This led me to the very recently filed Texas Attorney General's case against Google. There are a number of other cases in the works but the Texas case has led me in an interesting direction. You can see the full case as filed here and the WSJ published a very useful article that helped fill in the redactions in one very important part. That concerns a secret agreement between Google and Facebook on something called "Header Bidding". An agreement that came with the codename "Jedi Blue".

This is in addition to another agreement mentioned elsewhere whereby Facebook gave Google exclusive access to the content of private WhatsApp messages. at the time WhatsApp had claimed these were encrypted, but only a couple of years later, after the Facebook purchase, did WhatsApp claim that they were using "end to end encryption.

Aside from that, however, I realised I don't really understand the mechanics of the world of programatic online advertising. The Texas lawsuit led me to the work of Dina Srinivasan and in particular this amazing paper: 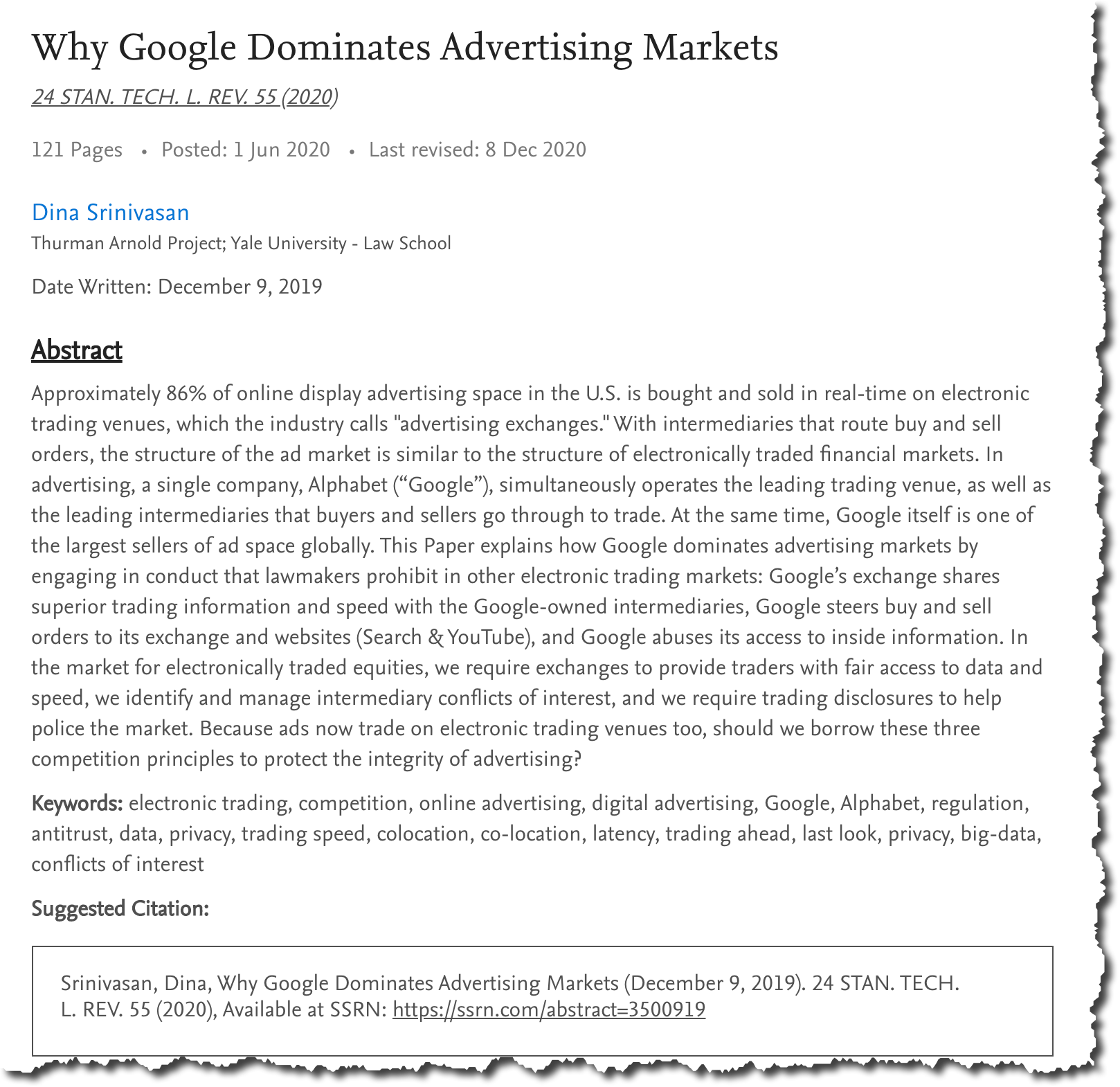 The very heart of this interchange is shown in this graphic:

For those of us used to trading in cryptocurrencies, we know we have a wide choice of exchanges to trade on, the block in the middle. We can usually trade directly (or if we're just putting in a market bid on Coinbase we're letting Coinbase act as an intermediary on the buy or sell side).

Once you start understanding the complexities of this real time auction between providers of eyeballs (the publishers and blogs like LeoFinance) and the suppliers of eyeballs which hold their all important personal information, you understand the gigantic power of Google.

This also wraps back to the "Jedi Blue" agreement I mentioned earlier: that stemmed from a realisation that Facebook was stepping into a market which Google considered its own. Instead of competing, these two giants signed a cooperation agreement which even includes terms of how they would help each other if (or when) the anti-trust regulator came knocking: 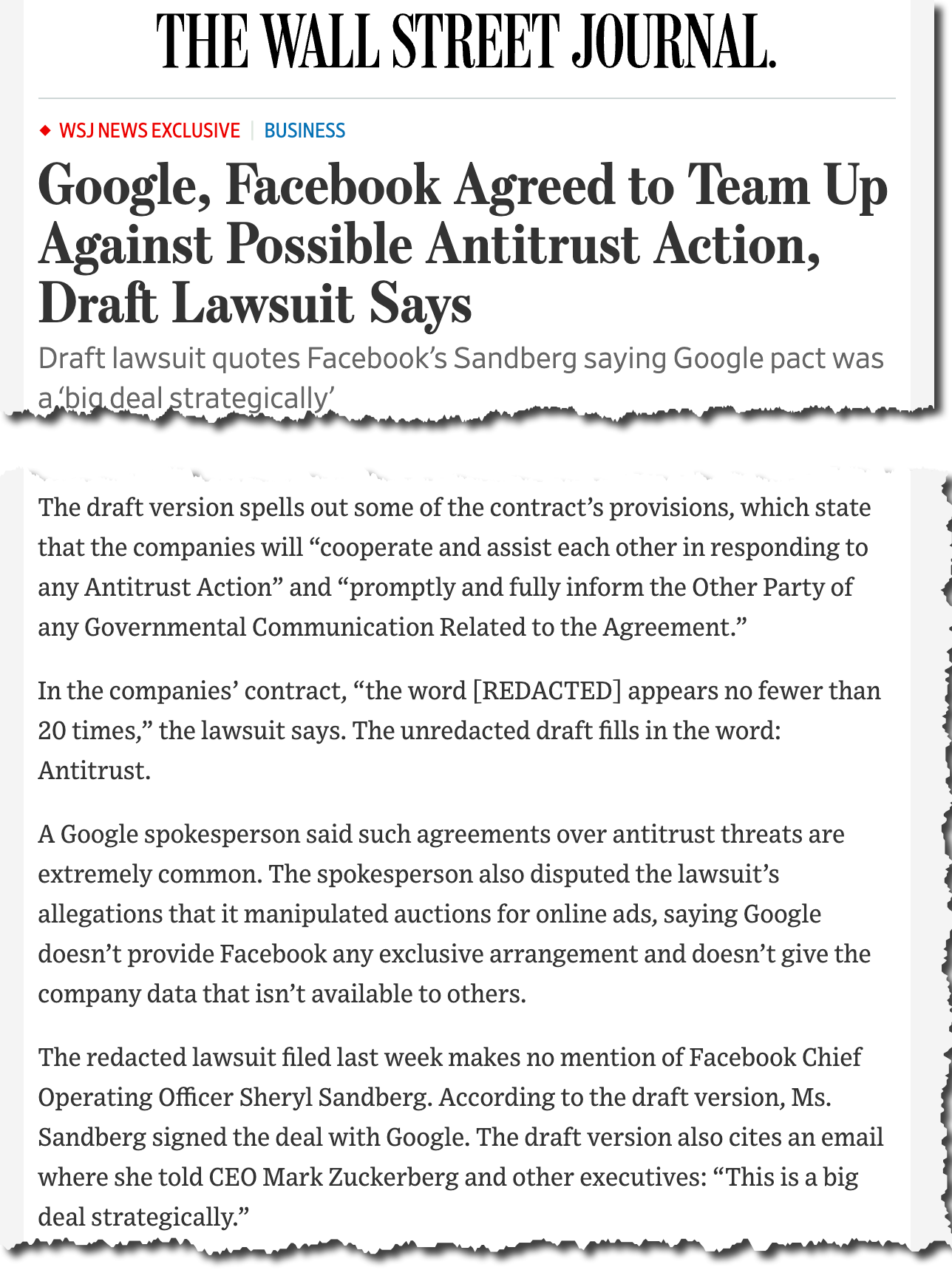 There more I'm learning about how the online advertising business works, the less I'm liking it. A lot less. Free, when it comes to content on the web, is most definitely not FREE and I want as little part in the whole system as possible going forward.