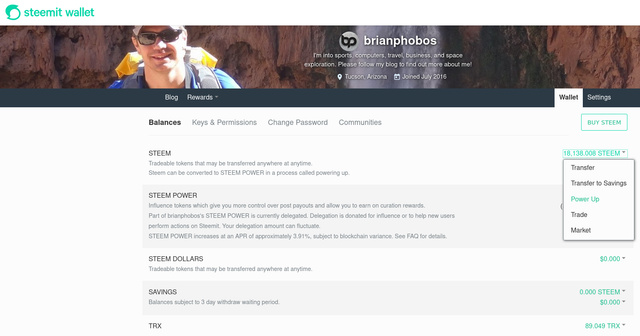 After first joining STEEM in 2016 I believe this is the most STEEM Power I have ever had. Why did I do it? Didn't everyone leave STEEM? Well the community certainly got fractured. Even if we go clear back DTube and DLive used to be on STEEM. Now DLive is doing its own thing and DTube is on its own chain called the Avalon chain but it allows you to post to STEEM and HIVE automatically. The previous witnesses started a war with Justin Sun and found out what I told them..... Justin has more money. SURPRISE!!!..... Plus the Korean community seemed to stay over on STEEM and they have money and they don't mess around when it comes to crypto. Despite all that HIVE still has some cool stuff and some good people on the platform. For instance the Ecency App has a ton of potential and what has been done with HIVE Engine and platforms like LeoFinance have been innovative just to name a few.

There were several reasons I ended up going that deep and part of me partially feels that maybe I should go all the way to 100,000 STEEM POWER which would be a big buy in but I feel it might be a very solid move for the next month or so. (Part of my holdings are waiting to be transferred because of withdrawal limitations.)

The main reason I bought that much and powered up was because of the parabolic move that the STEEM Backed Dollar made. STEEM Dollars or SBDs are a debt against STEEM. The intended purpose is for it to stay pegged to the US Dollar.

What we have observed since 2016 is that in crypto bull markets SBD has tended to break away from the peg to the upside which amplifies a bloggers earnings when compared to the US Dollar. In bear markets it tends to sag and not hold equivalent to $1.

It has previously broken away but today it pumped extra hard and went clear past $11.60. Previously I figured I would start a power down and then when the price went up I would be ready to sell.

With today's pump right in the face of a tough day in the market it confirmed to me that STEEM was coming alive and the Moon mission is on. The volume for the STEEM Dollar is up 14,905% as you can see from that screenshot. To me while some of this might be natural because once the price breaks the peg more people start moving it around and trading it. It is hard to feel like the entire thing is manipulation because the volume is over a billion dollars. I think that the volumes got low enough and it was thinly enough traded and people know that if they pump SBD then STEEM will ultimately follow because people will buy STEEM to blog and get the elevated earnings.

Remember if you get paid $1 SBD from a post that could actually be worth 10X that or more. It ends up being a money printing press in these situations.

The system is set up to primarily pay bloggers in SBD in this situation so that they will then sell the SBD for STEEM to create sell pressure on it to bring it closer to a dollar.

Bloggers have already started returning to their accounts out on STEEM. They see what is going on and it looks like Déjà vu from 2017.

What about LeoFinance and HIVE? I powered up some LEO the other day and today as well. I think the price action could be solid and I think it is a cool project with better tokenomics than we have seen from other projects. With HIVE it has had some positive movement and the HIVE Dollar has been a little bit above a dollar but hasn't broken away. HIVE has slipped more down the second page of CoinMarketCap while STEEM is primed to return to the first page again and attract a lot of eyes.

What Are Some Other Reasons STEEM Is Likely to perform better than HIVE?

Well STEEM is on a 4 week power down cycle and HIVE is still on a 13 week power down cycle. One thing I have realized overtime and especially now is that people don't like having to wait to unlock / unstake their coins. There are security advantages of doing this but how is any less secure than people having tons of coins in an Exodus wallet?

Personally I like DTube's new approach where the coins are always liquid but it still gives you power in the system when they are in your wallet. With the DeFi projects like Pancake Swap you can unstake and take your coins away immediately. That is what people want. Locking up the coins and having waiting periods to get your funds out doesn't actually provide any price protection. It mainly keeps investors away in my opinion. For security purposes I wouldn't be opposed to a 3 or 7 day withdrawal but I don't like the idea of having an early withdrawal penalty like lots of people have suggested. That is part of the reason I feel HEX has had issues gaining more traction than where it is. There are so many "Gotchas" that a person would probably feel like they have their money at Chase Bank. Fees on top of Fees on top of hoops to jump through.

Another Advantage to Steemit.com

Now you can earn TRON in your wallet as well as the SBD and STEEM.

To me it makes sense that other things are advertised on the platform as well like some of the sister assets like DLIVE and some of the exchanges built on TRON.

I still have a small position in HIVE and I'm still blogging there but personally I feel like STEEM is a way better investment right now than HIVE. Also I would rather put funds into LeoFinance than HIVE. It is built on HIVE but has the one month Power Down and the tokenomics seem to be working better.

HIVE is kind of like EOS. All the potential in the world but managed to mess up at every turn. I personally just don't understand WHY there is an estimated $ 20,041,825 in the Hive.Fund but proposals constantly get ignored. It doesn't make a lot of sense to me but when I see the ranking slip and people's lack of interest in investing in HIVE it isn't a surprise to me honestly. It's honestly sad to me because it is one of the most fully formed usable blockchain projects.

STEEM isn't perfect and neither is Bitcoin or Ethereum or any other chain / platform but after seeing what is going on again I decided to put money back into it and ramp up the blogging efforts. This will also get me making more videos for my YouTube / DTube channel which will also end up on STEEM and HIVE.

Who is rejoining me on STEEM? 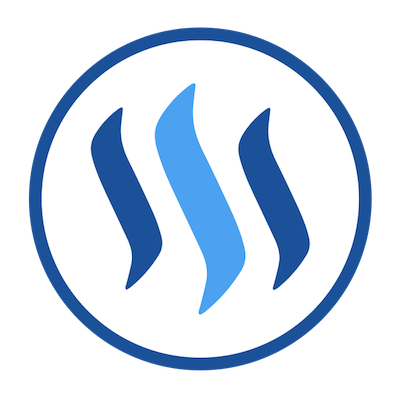 Should I just Pump It Up To 100K STEEM Power or More?