My top projects for this bullrun

Hello dear readers, as I mentioned in my post yesterday, here I am going to briefly discuss which projects can be worthwhile investments if you think, that you are already too late for the bitcoin run this year or just want to diversify your portfolio.

So without further introductions, let's dive into it.

First on my list would have to be Polkadot, anyone who has been following crypto for a while know that this is a solid project with a solid team. I think many of the OG's have heard about Dr. Gavin Wood and his previous contributions to the blockchain.
Now the reason why I think Dot may allow you to ride this impending crypto wave is the scheduled Parachain auctions for their project. I am not going to explain what it is, DYOR, but for me, it seems to be a good reason to have some skin in the game at least in the nearest future.

My second pick is the obvious one and probably many of you are already holding it in your own portfolio. Of course, I am talking about Ethereum. Ethereum in my humble opinion at least in your portfolio should hold a position similar to that as Robin to your Batman or Jerry to your Tom if you catch my drift. The only reason I am listing it in the second position is that I think it is possible that it will underperform Dot in the short term, but this is one solid project, that majority of the industry is being built on, from defi to nft's and more I also think near the end of the cycle it is likely that eth will outperform btc, especially considering the long-awaited launch of eth 2.0 which to my knowledge is supposed to happen in the near future (1-year timeframe).

Now as my last pick I have a curved ball of a pitch, that maybe most of you have heard about, but I know that it is still not very well known by the general public, that I suppose is good news for us and the ones reading this article since it presents an opportunity to get in on relatively early.

Here I am talking about cub tokens and cub finance in general. First I would suggest taking a quick look at the price chart.! 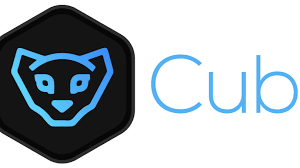 So what do we see here? First of all, we can see that a project is relatively young, it was launched in March last year. The next thing that stands out is the price, you can see that double top pattern in the inception, and the price has reached as high as 4.65$ at one point. Now the rest of the chart looks pretty depressing one might even think that a project is dead, however, this project actually has some pretty big news down the pipeline, and to my knowledge, they are going to start rolling pretty soon. First of all, it is already a working project that offers a launch pool for new projects, dex, farms, and liquidity pools. Now we also have some people working on the marketing and partnerships, moreover, the mobile app is about to be launched. With all that has been built and is about to be released, I am fairly certain, that it will cause a boost for the price and popularity of the project, therefore this is my last pick for today.