Does earning capacity help you form an opinion about what a good crypto-blogging platform is?

While growing up, there was a song that made so much wave back then in my country, it is usually sung mockingly to sycophants and praise singers, it has a very comedic, afro-funky melody and I think it is the reason the song still stuck with me after so many years. The lyrics go something like "When the going is good and smooth, many many people will be your friend, but when the going becomes tough, many many of them will run away". Right here is the youtube link to the song, I am sure you'd find it interesting because it's a classic.

Now, YES as the answer to the title of this article in many aspects of our everyday life would weigh more than the NO if we were to measure with a scale. But when it comes to a blogging platform, take away their earning prospects and potentials and you should have a less complicated answer to that question. What would normally help you form your opinion would be how efficient, light, and user-friendly the platforms in question are.
I don't know if this is less complicated as you read it than when I was trying to explain it first in my head (LOL) but I will try to make it a lot easy to read and understand with some practical examples.

I started my Crypto-blogging journey in December 2020. I had found out about the site through a user's referral link on another non-paying blogging platform. For the first 2 months from my very first article, I made up to $200 worth of BCH, withdrawable immediately it is tipped, unlike say Leofinance.io with a 7-day earning window for every article and Publish0x.com with a particular minimum withdrawal automatically set for each of the tokens you are tipped with (ETH, AMPL, FARM). I was on a roll and I was loving my experience on the platform because I was churning out articles and earning BCH in return. Imagine writing your own point of view on absolutely any topic in the universe and getting paid for it, even when your point of view is dross. My opinion of blogging on Read.cash was VERY GOOD because it was/is easy to use, the UI is basic and very friendly, and then when we include the earning potential my opinion goes from just VERY GOOD to EXCELLENT. 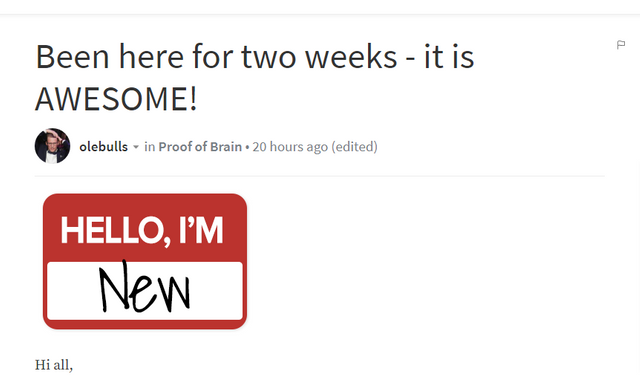 Then there is Publish0x which also has a very basic and easy-to-use UI but my earnings on the platform are just never anything to write home about, I never was able to earn past a few cents worth of the 3 tokens used in tipping writers on the platform, even though I have been there for as long as I have been on Read.cash possibly posted the same number of articles. As a matter of fact, I missed out on the recent $FORTH airdrop because I couldn't reach the minimum amount withdrawable on the AMPL reward, thus I couldn't withdraw my AMPL and therefore wasn't eligible for the airdrop, even though I have enough AMPL on my publish0x on-chain wallet to get me at least $1000 worth of $FORTH. Because I just couldn't earn anything worthwhile on Publish0x, I didn't feel warmed up to the platform and thus visited it less and less. Without saying, you can already tell that my review and opinion of publish0x wouldn't be as positive as that of Read.cash, even though they both have almost the same blogging attributes besides their varying earning potential for me.

Ironically, I was exchanging a few "trade secrets" with an acquaintance of mine on noise.cash and he told me that he has had more earning success on Publsih0x, and that it is his favorite platform (He uses Read.cash too). This was proven with the $3500 worth of $FORTH airdrop he got for having held a certain amount of $AMPL which he earned on Publish0x. Both our opinions of how good a blogging platform publish0x is, generally for a crypt0-blogger are influenced by what we were able to earn on it. He found a home on Publish0x because according to him, he had understood how the algorithm worked, thus his articles usually got a lot of tractions and rewards but I wasn't so fortunate so I wouldn't talk about the platform with smiles on my face like he would.

When my earnings on Read.cash which used to be the only write and earn platform that was rewarding me pretty well for my content, started slowing down, I started looking for other platforms with the same/better earning capacity as Read.cash, I stumbled upon Leofinance.io.

My experience on Leofinance.io so far has been wonderful, the platform has a really tasty UI, friendly and easy to use, and the earning capacity is higher than the rest of the platforms I have used. Financial reward aside, the blogging experience feels a bit different, more professional than Publish0x and Read.cash.

My first account on Leofinance.io brought me relative success in terms of earnings but I don't really know what happened and it was marked as a spam account and I stopped getting rewards on it and I had to open a different account. I wasn't discouraged to abandon the platform entirely because I had seen the potential it holds, the potential to earn and be part of a very large, influential, and expanding Hive Tribe.

Proof Of Brain is another Hive tribe that has just had a breakout and is currently on fire. I haven't posted there for the first time but I have visited, the blogging platform itself is no different from Hive.blog in terms of UI and ease of use, and with the same earning capacity and potential. Because it is a tribe within the Hive community, you do not necessarily need to cross over to their site before you could post and earn, you could easily post from any Hive tribe and just add the #ProofOfBrain tag and you are good.

Very Very Short Answer?
Yes, the earning capacity of a crypto-blogging platform helps me form my opinion of what a good crypto platform is, BUT that is not where I base all my opinion, because decentralization matters to me, (nobody likes to be censored by the powers that be) ease of use matters to me, good UI matters to me also, financial reward is just an extra motivation to make me visit and become an active member on any platform.

If I were earning little or nothing on a particular platform, then there is a 98% chance that I wouldn't spend so much of my time writing on that platform. I am not a hypocrite, although passion is my motivation for writing, financial reward is my motivation for writing on select platforms. I have understood that your HP is directly proportional to how influential you are in the Hive community which means you are invariably a STAKE holder in the community, thus contributing to the growth of the community and the growth of the community token (Leo) and that is an influence I am looking to have, so I am here for the long haul.