How did I get here and why I'm still here

I'm not sure if posting from here was entirely appropriate as I am quite ignorant on the subject of cryptos. Forgive me if it was not.

I found it after reading a post by @lizelle who has been someone that was there from my beginning. @thekittygirl was another supportive person from the beginning.

I thought why not do one as well. Then I realize that I may reveal what a dumbass I am. I decided to do it anyway. Yes after signing up in August 2017, there is sooooo much I don't get and am sure that I never will. I am certainly not trying to sell myself here as you can tell.

I found out about Steem and blockchain by watching an interview by someone on the blockchain who's name I would rather not mention, who had a guest on telling her story of how she landed in Acapulco Mexico. This was exactly the place we had planned on running to in October 2017 in hopes of not returning to Canada. 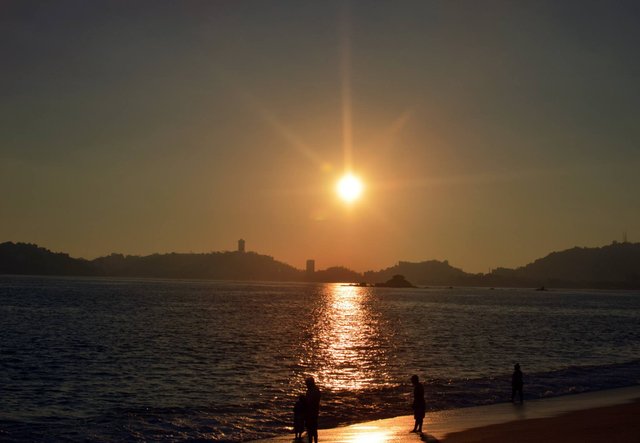 The girl being interviewed was a steemer who's name I will not mention, as she not posting with us as far as I know. She had an unfortunate tragic thing occur a couple of years ago.

In the interview she mentioned steem. I didn't really get what she was talking about. Someone I knew mentioned that it was like facebook, kind of, sort of. You could post things and do some social networking. I decided to join up to document our time in Mexico. Before we left I started with food and Montreal blogs.

Getting back to my dumbassness. I actually thought at first that the votes were like a facebook thumbs up translated into monopoly type money. I thought how cute of an idea that was. We could play a little game while posting stuff.

Shortly after that my partner and someone else told me it was real currency. I just didn't understand and had only heard the word crypto floating in the air, which I paid no attention to, as I have a young child brain trapped in an old brain.

Now I knew it was real currency which at the beginning gave me one or two cents. It didn't really excite me all that much but I still thought it was pretty cool. I just didn't get how it could be real currency. I still shamefully cannot wrap my head around it.

We set out to Mexico, but before Acapulco we spent a few weeks in the Yuccatan. 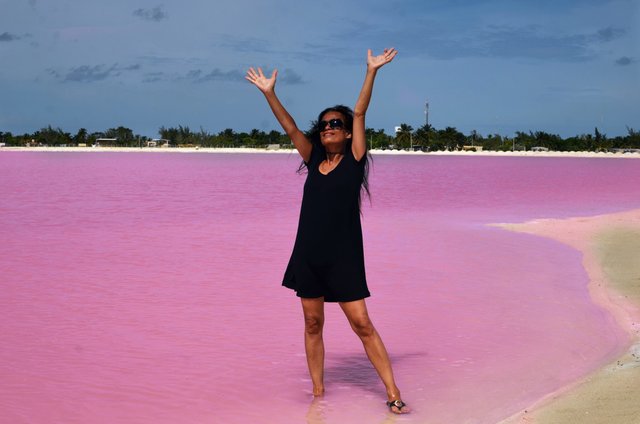 We had a stop in Mexico City from Cancun on our way to Acapulco. It was around seven hours so we decided to go into the city central which we had been years before. We love this city.

After spending the afternoon there we had a certain amount of time to get our flight so we ran to the Metro train which was jammed and headed for the airport. It was tight but we made it. When we got off at our stop, Marc realized his wallet was lifted. It had his tourist visa and a fresh wad of pesos along with his bank card for our joint account and only account with a limited amount of savings.

We had ideas for making money in Mexico to stay forever away from home. We were delusional.

Well we couldn't do anything about it so we had to suck it up and get to Acapulco. Fortunately we still had his passport and my bank card.

The first couple of days we lived off a few pesos I still had left then we went to the bank machine.

When we got back to the Arbnb we realized that we left my card in the machine so we ran back. It was long gone. Now we had no way to get more money whatsoever.
What would we do? First get in touch with the bank in Canada. How? The online banking shut me out. I didn't know how to contact them. After quite a bit of frantic head scratching we finally found a way to skype the bank. They told us it may take two or three weeks to get a card to the address we were at. 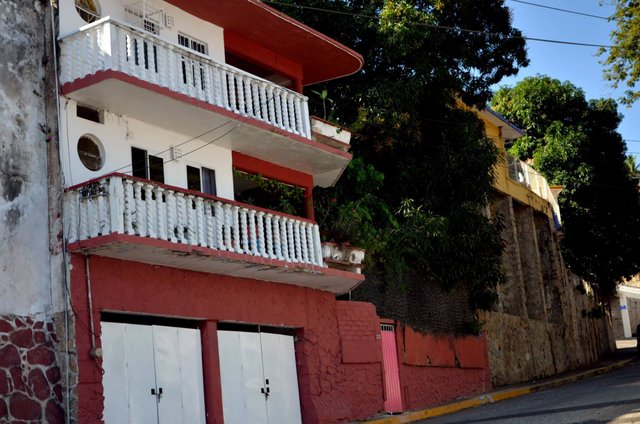 We now had around sixty dollars Canadian in Pesos to last for two perhaps three weeks. Could we actually do this?

This is when crypto got more real to me.

Marc came to me with a possible solution. He had investigated the whole crypto trading thing and thought he may be able to cash in some of the SBD I had which was climbing at the time. He wasn't sure if it would work. This was all new to him. A world he never explored.

We went through the steps ending up with contacting the buyer whom would send us a code which we would use at a bank that didn't require cards. How this was possible gave us sincere doubts. We were on pins and needles as we punched in the code. Our mouths hung open with awe as we saw pesos shooting out of the machine. We now had enough to survive until I got a card. 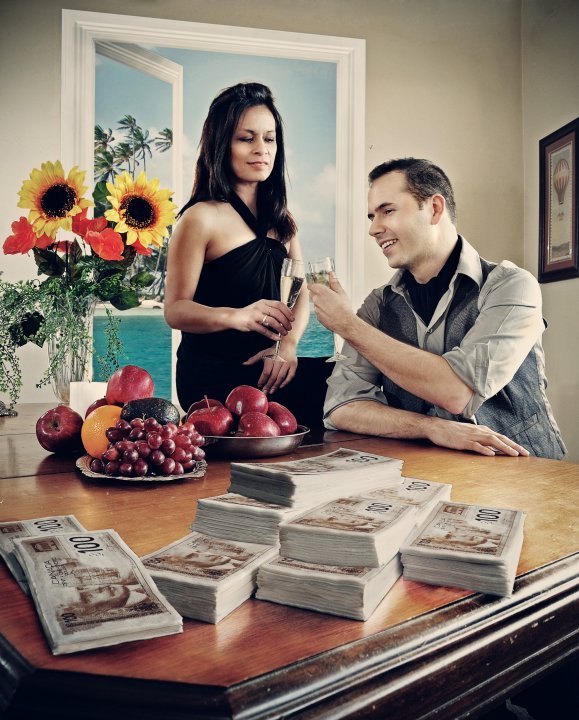 The girl who I saw being interview hooked us up with a couple who also were posting on Steemit. They rented us a two hundred dollar apartment which was part of an entire complex they had rented. It was amazing for us.

We lived there with no furniture but we had a mattress in the bedroom on the floor. 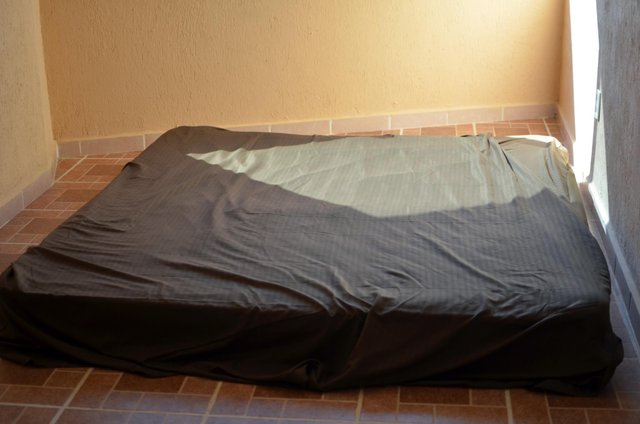 We had a kitchen with no fridge or stove so I bought a single element to cook with. 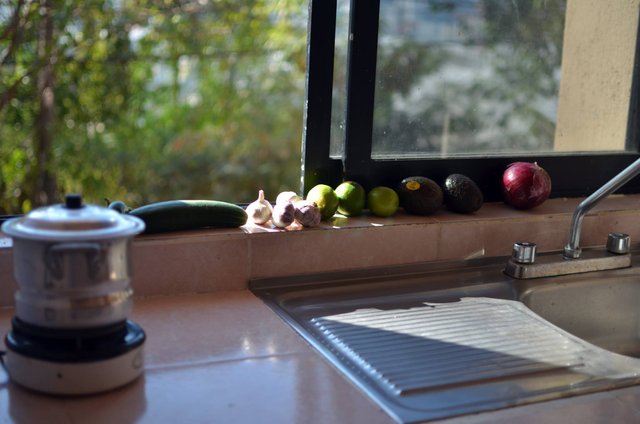 We were on a budget and living at this point from nothing but crypto earned by posting about travel, and food which I didn't plan but ended up adding to the travel stuff. Food has now become the main thing for me.
It was I think around January or February bitcoin started to nose dive. We were hanging on for dear life still hoping we didn't have to go back home. I had no choice but to power down completely.

By March we had to renew our visa and were out of money except for a few dollars. We were now on family borrowed money which included our plane fare home. It was a difficult thing to deal with this kind of defeat.

We stayed at Marc's parents until we started work again. I continued to post until the work took over my life. Line cooking again in my fifties and Marc by my side at almost fourty. Yes he is fifteen years younger and we have been together for almost twenty years.

In 2019 we had saved up again after working super hard for over a year. We quit our jobs and set out to Thailand in hopes of not returning.

I started to feel relaxed again and started posting after so long. I had cold feet at first. I was a newbie again.

Fortunately I found my way through the food posts and contests. I posted about my travels in Thailand and Bali and Kuala Lumpur, the food I cooked during that time and restaurant reviews. I met new friends here and rekindled with old ones. I mentioned two already but there were more.

I don't remember if I discovered that the Hive thing was born when I was in Asia or back home. We were forced to come back when the apocalypse dawned on us. 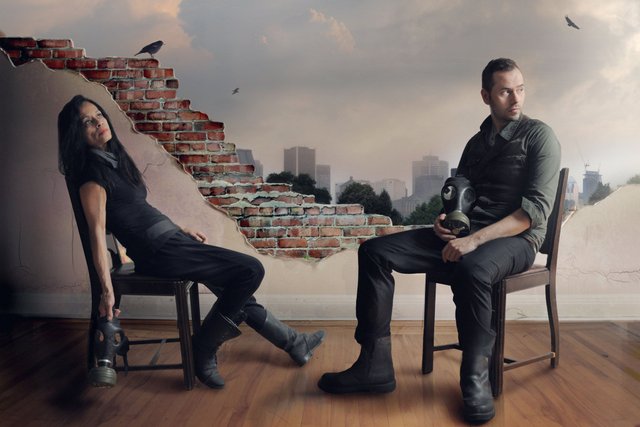 I was struggling just to not sink into a deep state of anxiety and fear of the future. Things were more cloudy now. As part of my on going ignorance, I had to get the help of the above mentioned friends and a few others.

I finally had to power down the steem I had earned last winter and eventually left for Hive not to look back. I really don't know the details of what went on but I am really much happier on Hive. I hope to gain more knowledge but for a pea brain like me it will take time. Recently I finally figured out how to buy lotus from @blackberryskunk who was the final person to guide me through. In fact that was after @riverflows wrote a guide on how to do it. I still didn't manage.

I value the friendships here and I appreciate that they share their life experiences, their passions, their creativity and knowledge.

I end this off by saying thanks to you all and a big hurray for Hive.