In today's edition of YIYL, we take a dive into the dumpster fire that is the ICO era and the social media landscape, both two pretty toxic institutions that have merged together to form something pretty horrible, but people tend to live degeneracy and so it was able to flourish on these rails.

Back in 2017, anyone who could copy and paste a smart contract on Ethereum and create a WordPress website could raise a few million and get away with it. Many thought they were in the clear hiding behind that "this is not financial advice" that the sector was unregulated and that since no one was prosecuted you won.

The law takes time to catch up

But I said the wheels of justice move slow and it's starting to make it's moves. Recently I spoke about how the SEC is coming after crypto and becuase there is so much hot garbage going on, they have to pick and choose their battles.

So I am pretty surprised that they've made an example of two influencers, but rightly so, the one I don't know but man was Ian Ballina an annoying face along with Craig Grant, Trevon James, and the rest of the bitconnect boys back in the day. You couldn't watch a YouTube video without seeing their ads and they were making bank.

I always said this kind of shilling should be illegal but no one listened to me, it's a free market bro, we can shill what we want.

Fast forward 5-6 years and I seem to be proven right, in fact I Told You SO! 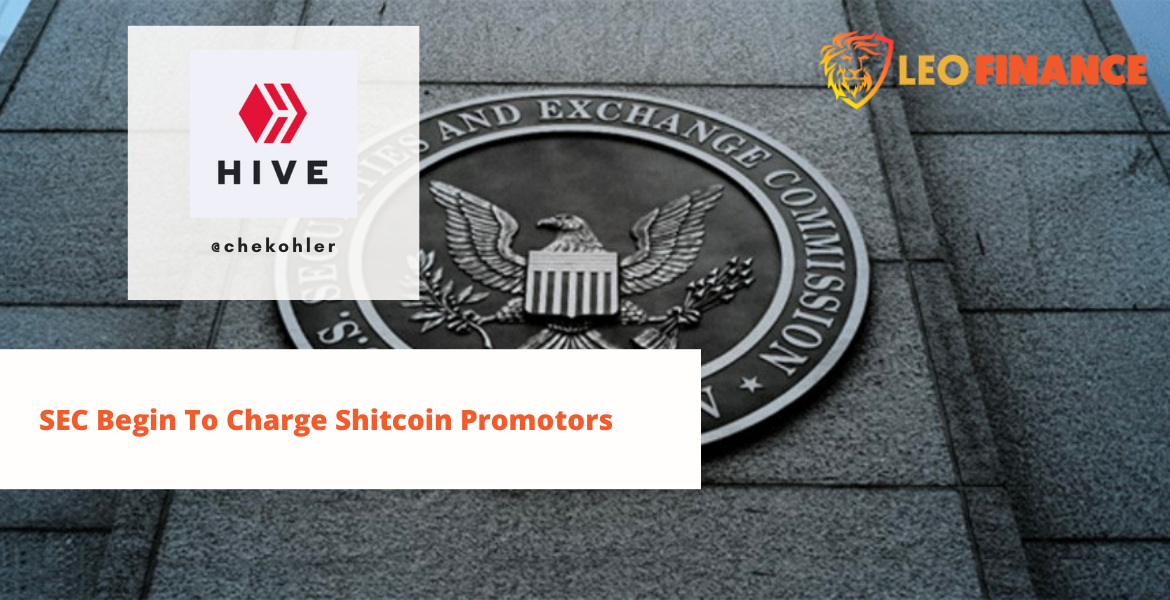 The firm behind the shitcoin, is Cayman Islands-based software company Sparkster. Its CEO, Sajjad Daya, has agreed to a settlement with the U.S. Securities and Exchange Commission (SEC) over charges stemming from the company’s unregistered 2018 initial coin offering (ICO).

The ICO raised approximately $30 million from 4,000 investors between April and July 2018 and as the project has gone nowhere but leave investors with a useless token, things got heated.

Sparkster and Daya were slapped with a cease-and-desist letter from the SEC on Monday morning and didn't even fight it. The same day it was issued was the day they agreed to pay a collective $35 million into a fund to be distributed to investors harmed by the SPRK ICO.

Sparkster will pay $30 million in disgorgement, $4.6 million in prejudgement interest, and a $500,000 civil penalty. The company also agreed to destroy its remaining tokens, remove its tokens from any trading platforms and publish the SEC’s order on its website. Daya will also pay a $250,000 civil penalty.

Charges have also been filed against crypto influencer Ian Balina, who was paid by Sparkster to promote its ICO. According to the SEC reports, Balina did not disclose to investors that he had been paid in the shitcoin to market the ICO.

Balina also allegedly violated federal securities laws by conducting an unregistered sale of SPRK tokens he purchased prior to the ICO.

While Balina claims he will try to fight it, I don't see what grounds he has to stand on and I will be keen to see how this story unfolds. If he does end up losing, a lot of paid shills are going to be biting their nails wondering if they are next in line.

Sparkster claims that with your sweet sweet money they would become the world's most powerful decentralized cloud. It pretended to enable users to build software without any knowledge of programming or blockchain architecture.

Now anyone with two brain cells that they could rub together would tell you you're not beating Amazon, Google, and Azure Microsoft in the cloud hosting space, not for space, uptime, or cost so this project was DOA.

But at the time slapping blockchain on a lemonade stand would get you a 10 million dollar valuation in no time. Sparkster clearly didn't deliver on their promises because I don't see it taking away market cap from any of the large competitors or a working product.

The company and promotors were clearly also not very bullish if you a see how these premined tokens were dumped into the shallow buy wall they had established through promoting the project.

I am pretty sure most of those 4000 people who got in lost money and probably why the SEC was able to sue for damages with the intention of making back some of the funds. 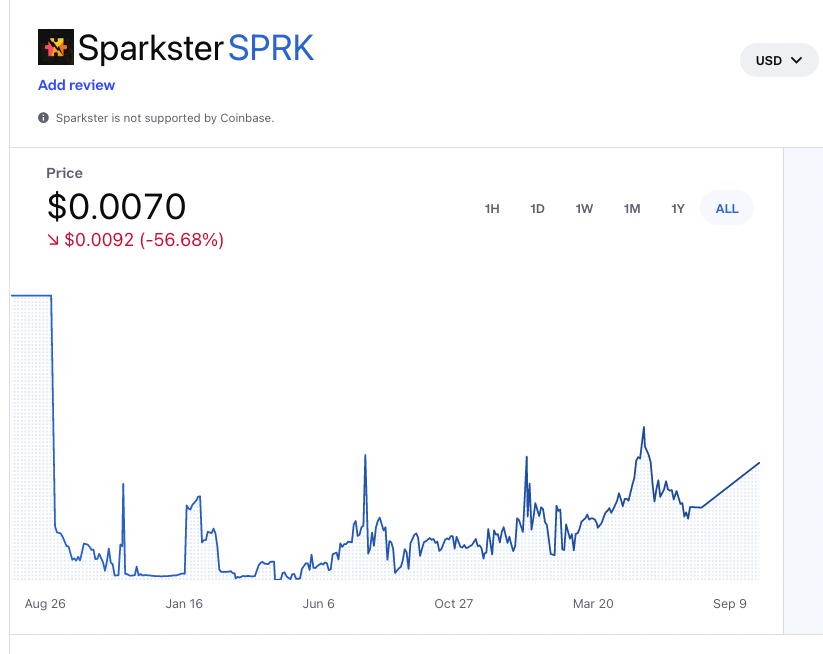 Personally, I hope this is the first of many to crack down on the shillfluencer space, there are plenty of people walking around with millions they scammed out of people, and with money becoming tighter the incentive to go out and squeese these guys and girls is going to get more attractive.

The ICOs gold rush of 2017 was a big mess. A lot of dreams with no willingness to bring reality and vision to the market.

We are always learning!