I just purchased some very very cheap HBD I picked up a small bag will continue to gather a nice chunk of it.

With the on going talk about HBD stabilization as a pegged pair much like BUSD and tether that pays a nice interest rate for hodling.

HBD on Discount
Since we all know or like to think we know... HBD is intended to be a stable coin. As we all know though that has not been the case for this token... Hive has some major upgrades coming its way.

Making Hive have a stable coin and pay competitive interest rates much like Blockfi or Gemini etc. 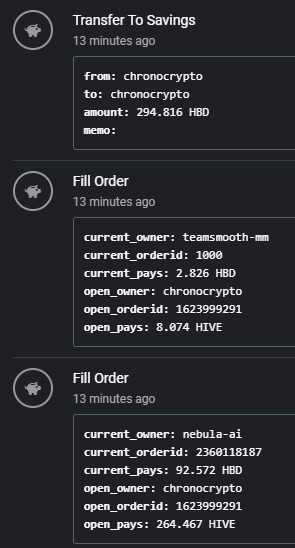 That's it.. only HBD held in the savings account will get paid interest after the HF which is scheduled to be June 30th.

Read more about that from blocktrades him self.

Lets see how this badboy runs after the HF. I see great things in the near future for Hive.