The Meaning of a True Community ! 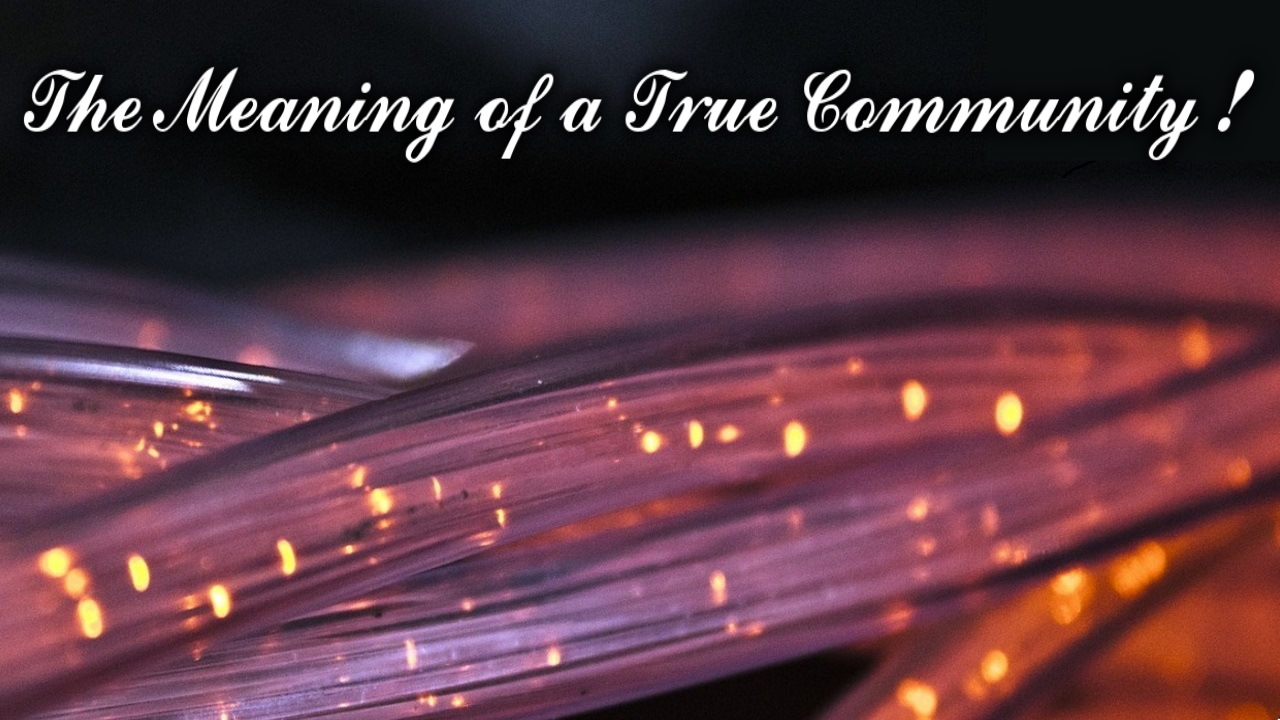 It's clear that the word ''community'' is coming from the word commune.

It's a group of people living together and sharing possessions and responsibilities.

So, first a community is a group of individuals working together or defending the same principles. They could have differences, but that doesn't stop them from being a community. Sometimes those people may even don't know each other, but they are considered a part of the community anyway. For example when we talk about crypto community, we mean all people who ever interact or interacted with crypto. The same about hive. Everyone creates content here and sharing his/her ideas is a part of the community. Maybe some may be mistaken about things related to the community, and they don't understand it a lot, that's why it's the responsibilities of all those who understand, to explain to others how to be a part of the community. And constructive criticism should be always accepted. That what will make the community healthier, strong, friendly and welcoming. With all that comes the big value of such connection.

So, the community is mostly the understanding of each other. Even if someone did something wrong, not accepted, he/she should have a few chances to correct themselves. And only if they didn't use that chance, they shouldn't be supported in the community. Even though it doesn't mean that they are not a part of the community anymore. They will be always welcome if they use another approach. It's all about the right communication and looking in the situation that makes the person change or act not properly. The community is like one big organism. If something hurts, it should be healed, but not removed. Because every organ in that body is important, and it's playing the role needed from him. The same about hive blockchain, where creators create content, curators curate, developers build, community leaders organize and witnesses care about interfaces.

The true community should look at every part as necessary and care about all the aspects in it. In case the leaders notice a flaw or a lack of something, they should immediately inform everyone about it and do something. By the leaders I don't mean only those who are leading, but even those who are already doing well in the community could be considered as leaders because they invested time, attention and energy in it. So, the community should also value not only those who are building on it, but also those who create on it, talk about it and take a part of it in any form or another. It's hard to build a true community, but it's possible if most members always think about the improvement of them community. They should not only take from it, but give to it. And leaders should remind them about that. That's why we should reward those who are trying hard and not over reward those who are not doing that much. A balance should be created.

For me being the founder of @dcooperation community. This aspect is very important. I always explain to everyone how the community work and how we are doing things in #dcc, and I give my best to those who are ready to help and to do things right. The same as an early adopter of hive blockchain, I always try to promote it, to understand the rules of the big hive community and to respect the rules of all other sub communities created here. The same about other crypto communities where I create content sometimes. But I don't know about other crypto communities like I know about hive. That's why I can proudly say that hive community is a true one, and it always needs to be better. Reminding ourselves to talk about this topic is already a good way to support the improvement. That's why I couldn't pass by when I saw a post about the community and the following question : What Is The Meaning, Of True Community?.

I hope I explained well about the true meaning of the community and I hope I'm considered the good part of it by supporting hive blockchain and hivers I can always support.

The community is a powerful world for me that I can talk about a lot !