I am happy to share with the Hive community that the Hive-sponsored project's first phase was completed yesterday. Due to the intensity of the job, the number of hours we have to spend, and the number of rounds required to complete each part of the work, it hasn't been an easy task.

Our delight stems from the fact that this is a fantastic project that will have a positive impact on many people in the community where it is being implemented (Fawoade). 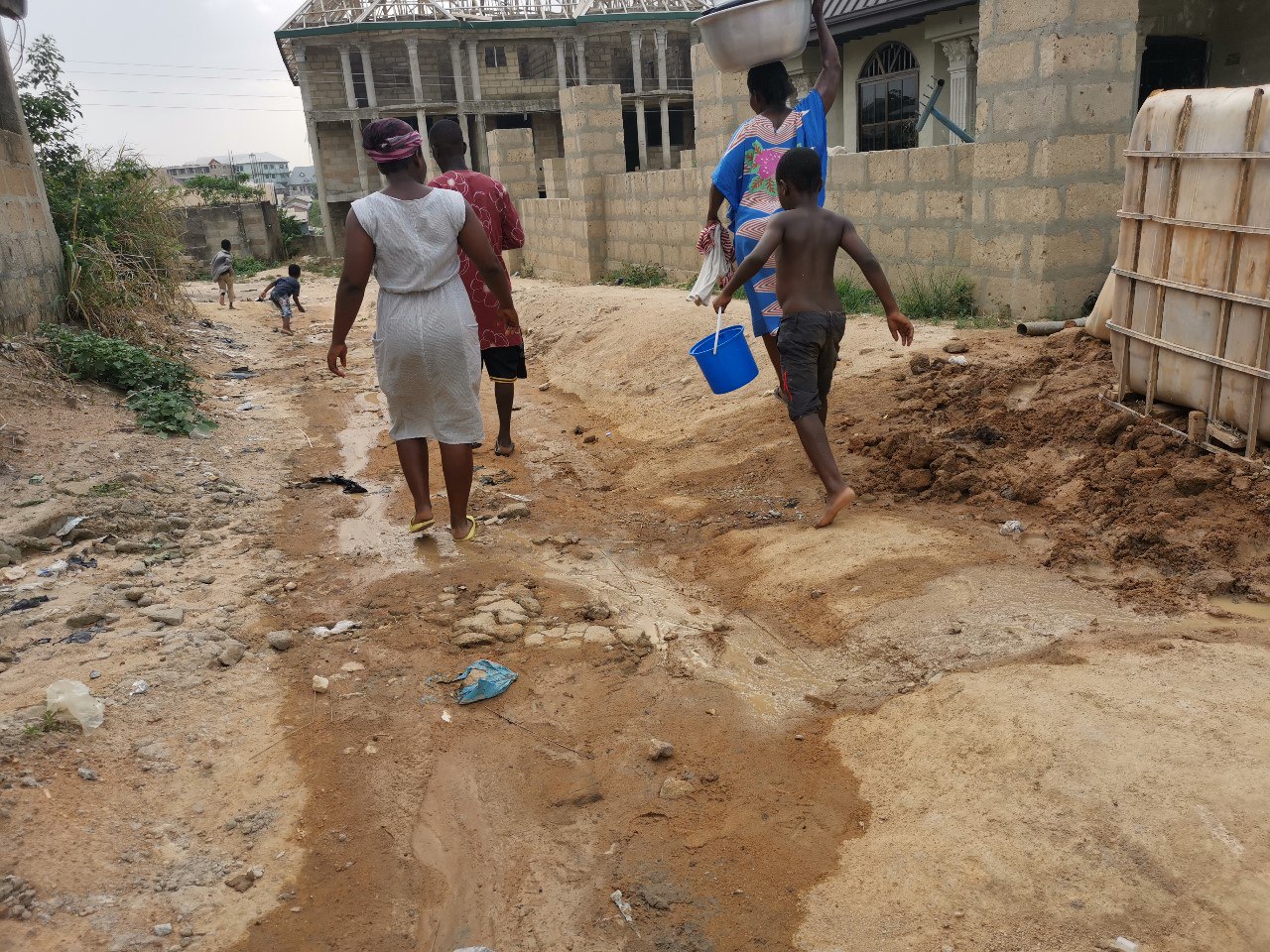 The water shortage and difficulty in obtaining good drinking water prompted the Hive borehole project to be carried out in this area. Those who have access to water are those who have managed to dig wells as their supply of water, whereas those who cannot afford to do so must walk for long distances to obtain water. 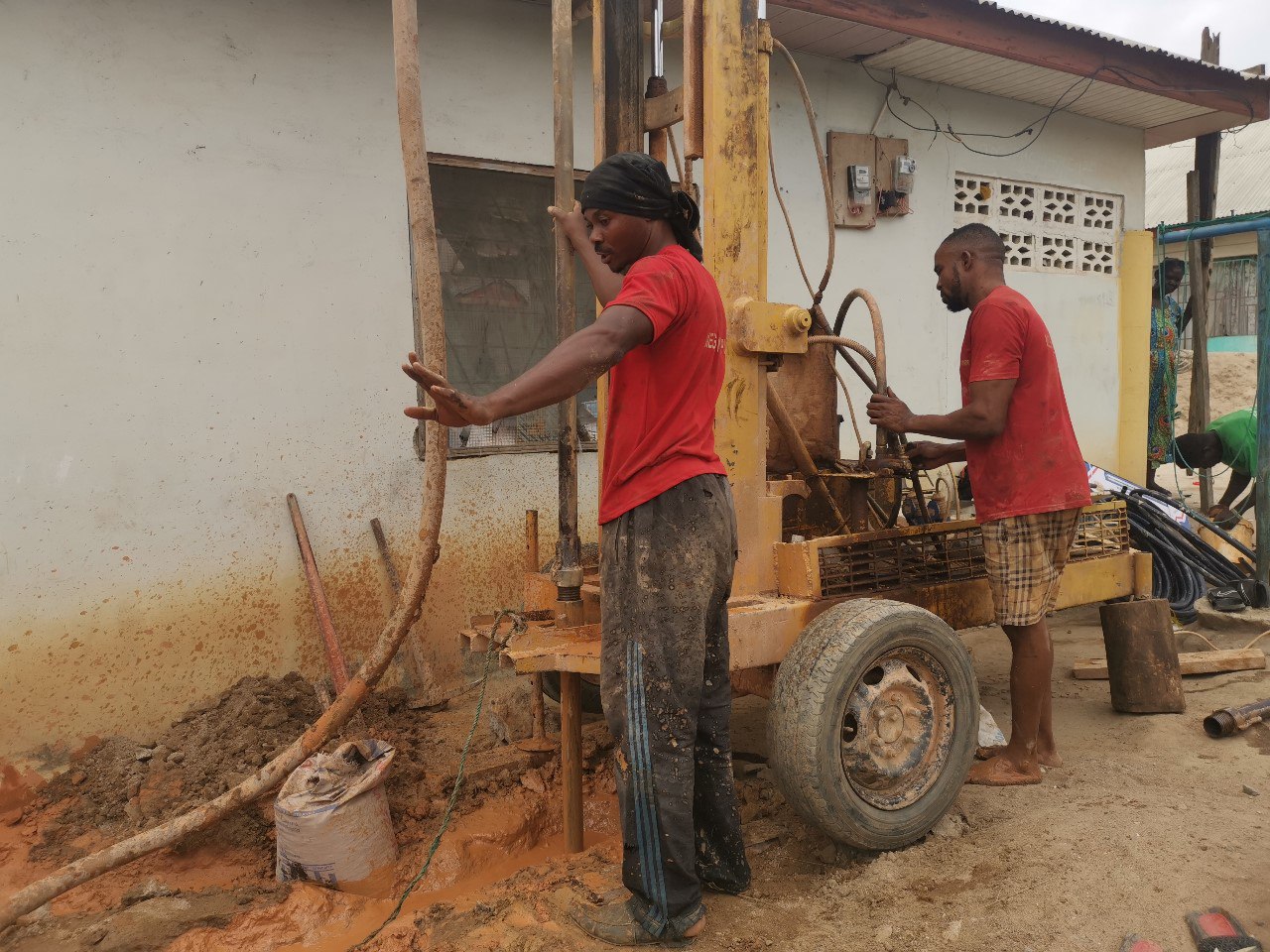 The first of the projects mentioned in this post was completed successfully yesterday by the water service firm that was hired for the job. This was the borehole that was drilled near the Chairman of the Town Council and the President of the Town Landlords' Association. We were given this location to serve as a safe haven for the project's upkeep in order to maintain its long-term sustainance.

Though we expected the work to be completed early, the drilling company began late in the afternoon and concluded late, taking around four hours. Every moment recorded in the photograph was a spectacular sight, as some of the town's people and leaders gathered to watch with excitement. 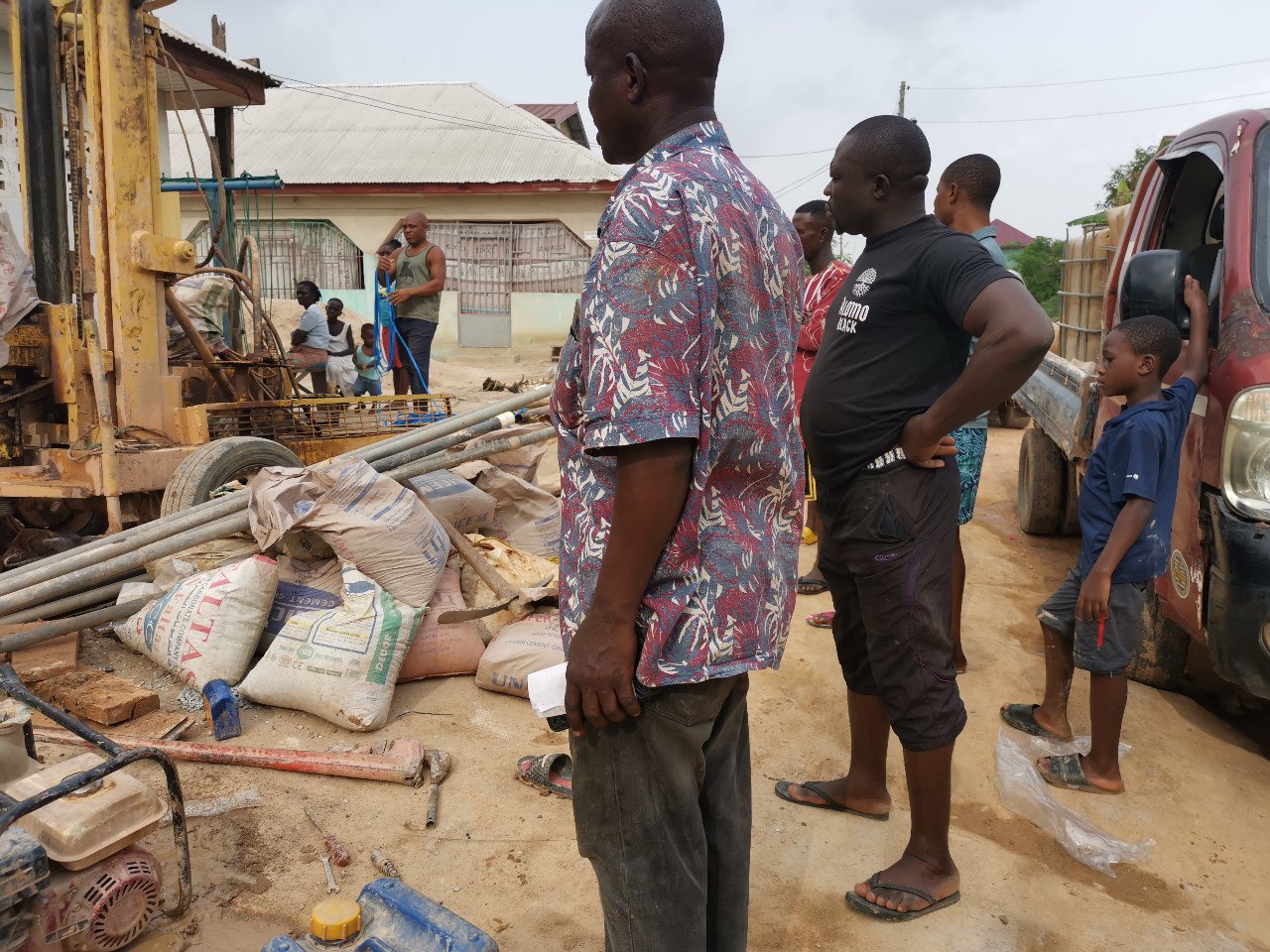 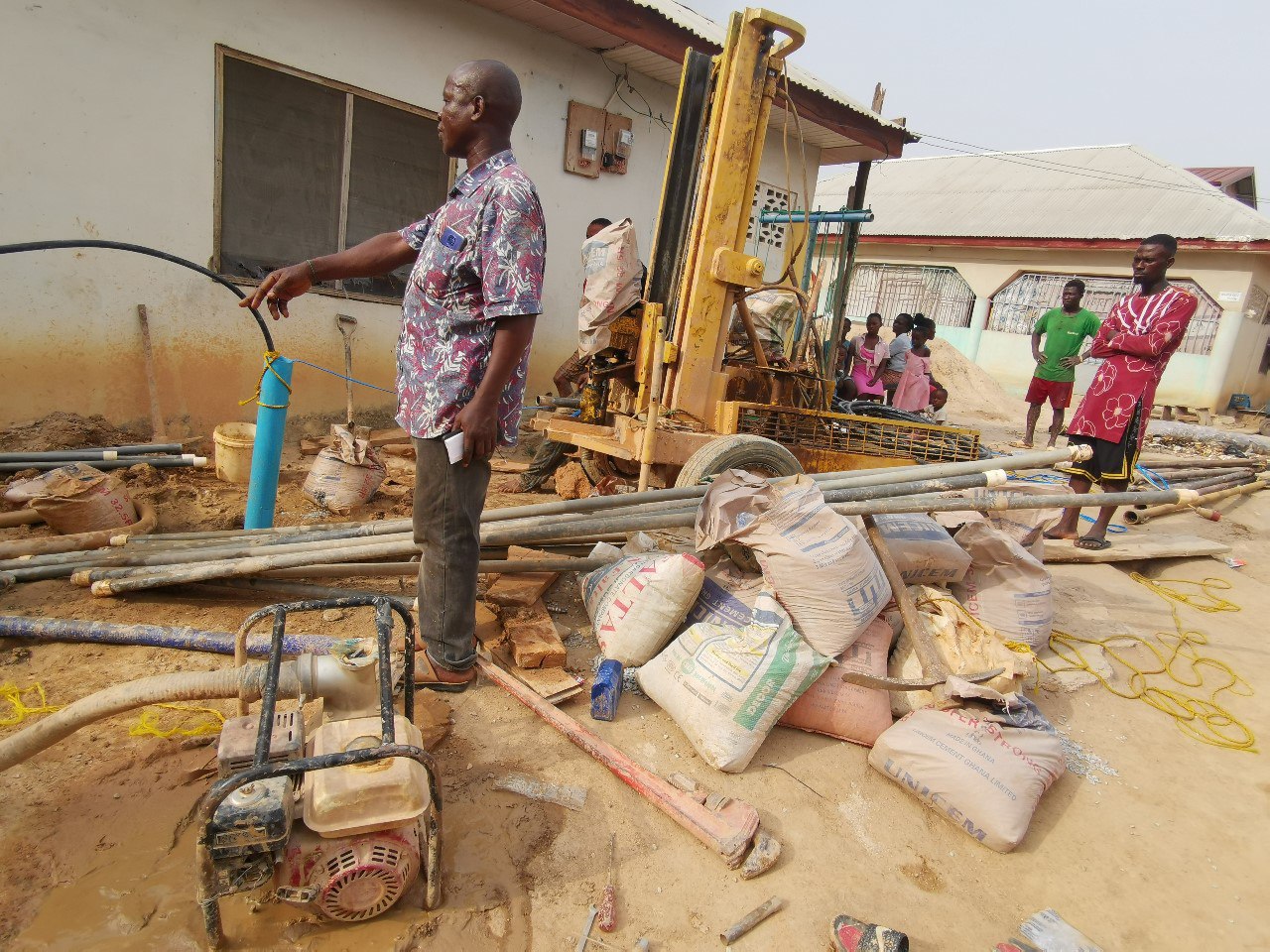 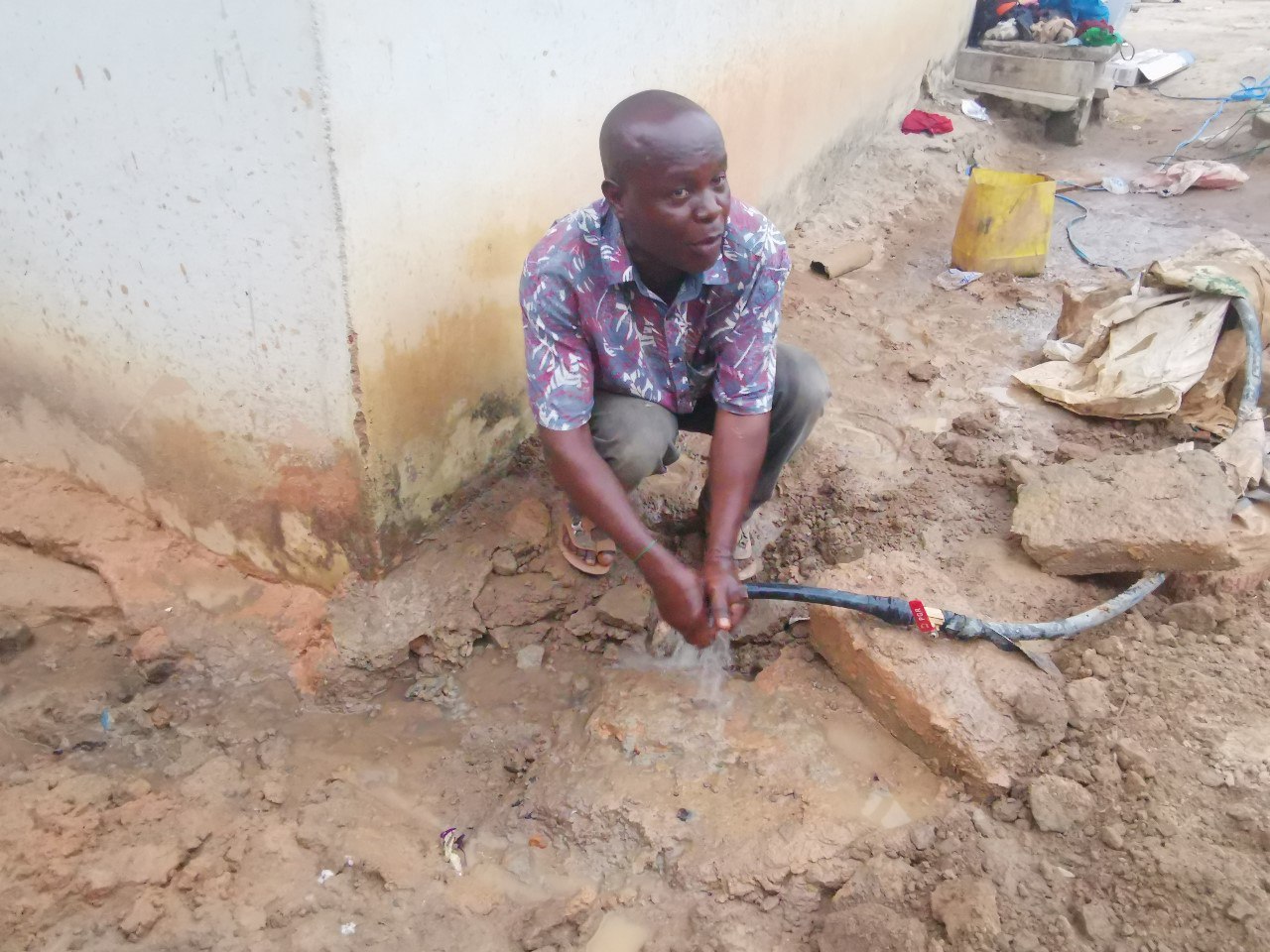 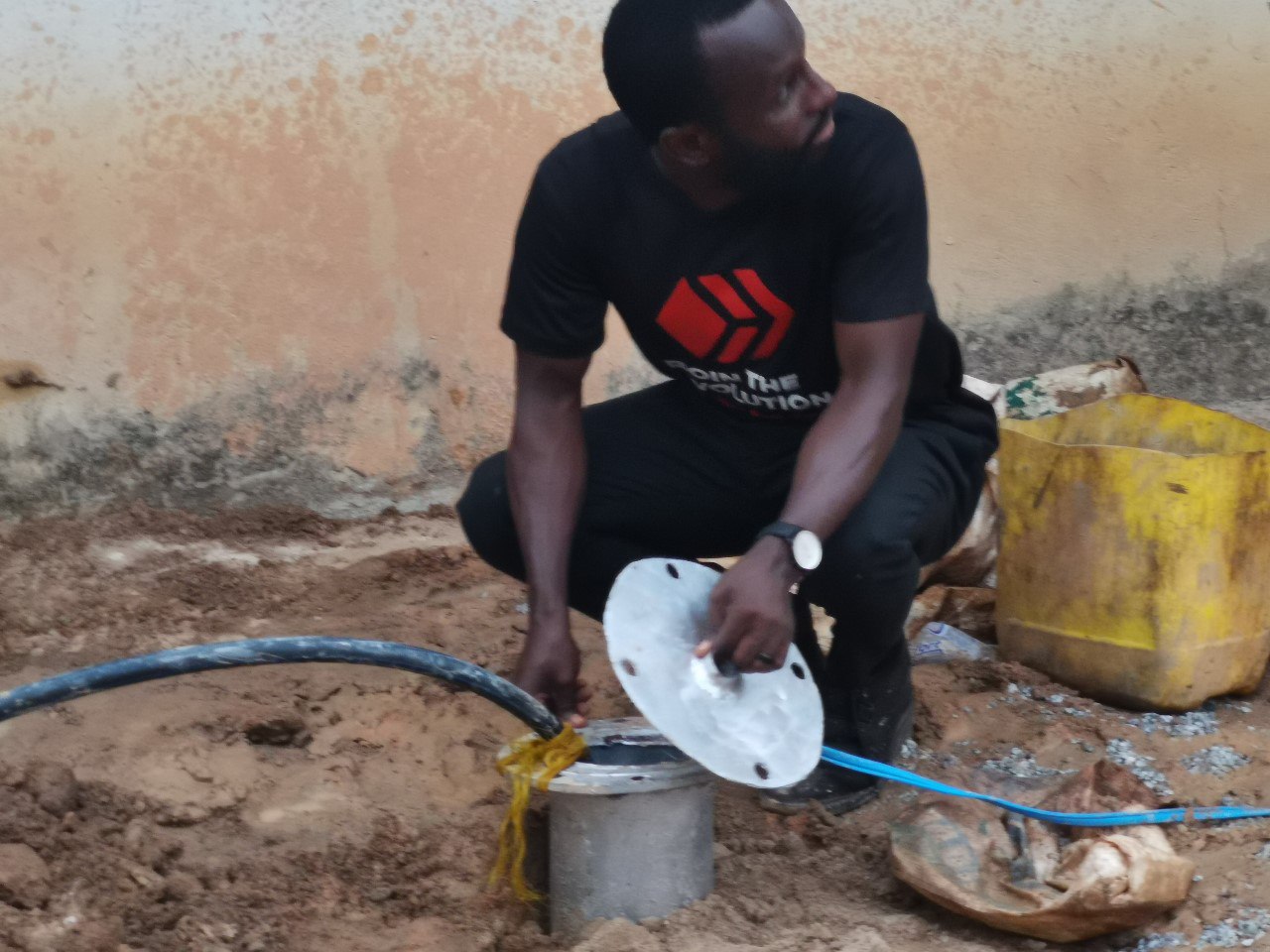 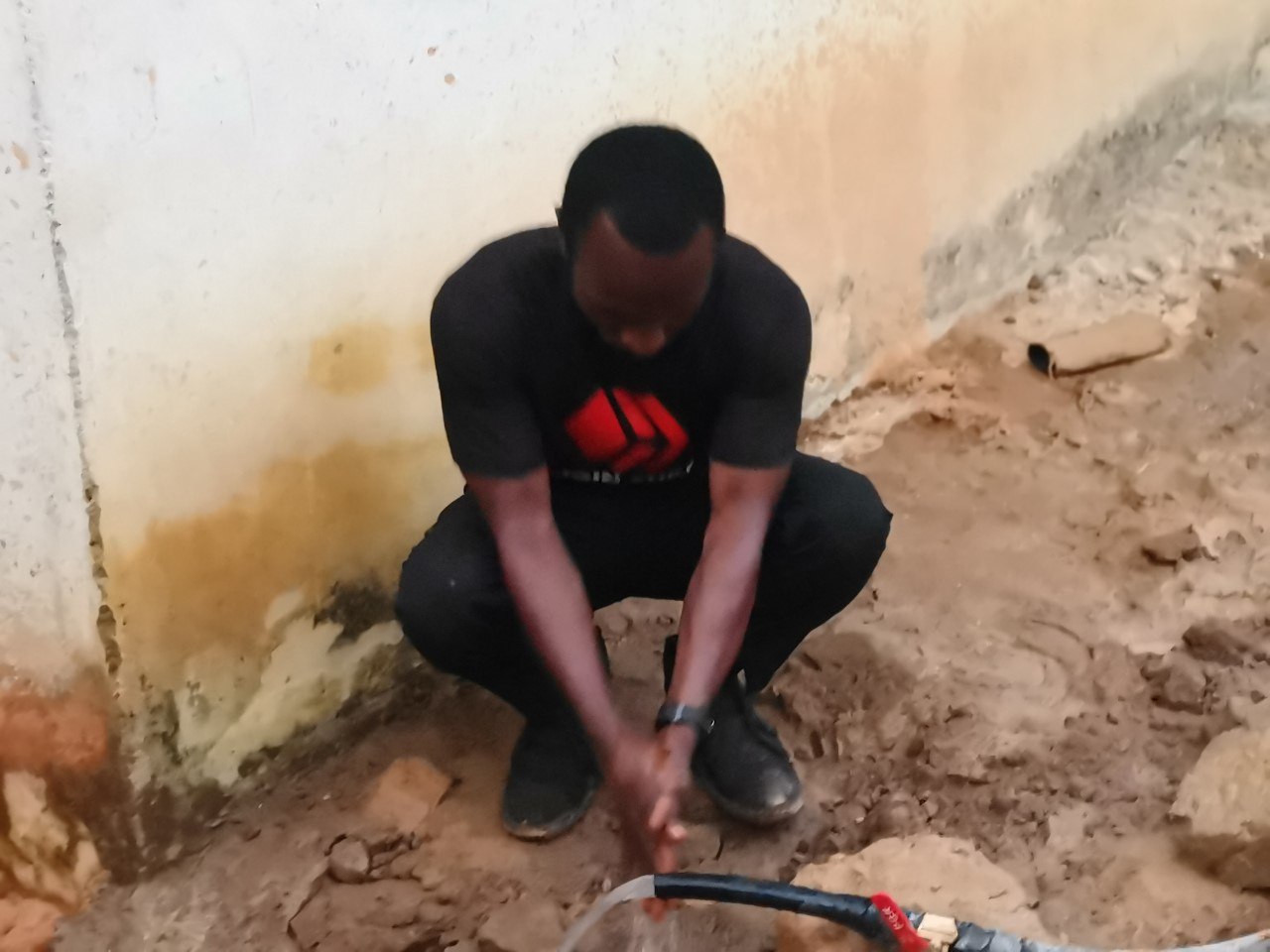 Though we have a few weeks to complete the process, I believe it will have a significant influence on the lives of many individuals in this area. When they saw the water flowing out with such power, they couldn't help but grab some of it rather than letting it go to waste.

The drillers needed to let a lot of water flow until they found clean water. The drilling operation was then completed with the construction of a pump that will aid in the pumping of water into the water tanks, which will be constructed later in the next phase of the project. They'll only need to utilize the pump to pump as much water as they need into the tank for supplies, which I believe will be far easier than drilling a well. 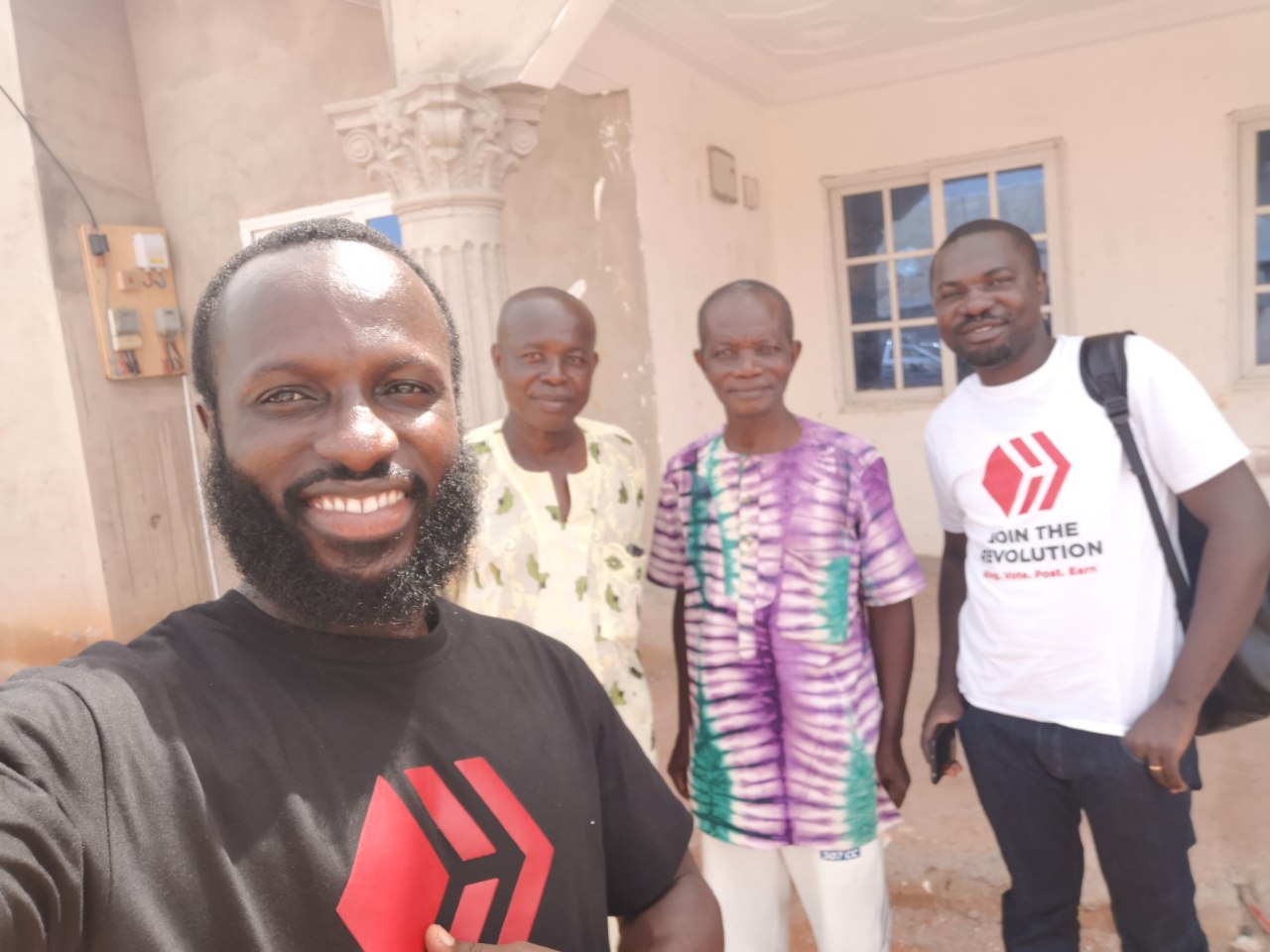 I share the excitement of the town leaders and members who have been impacted by the Hive blockchain, and I hope to work with mcsamm to have the next phase of the project completed and launched as soon as possible. We'd like to thank everyone who has helped us see this project through to completion, and we appreciate all of the help we've received from @guiltyparties, @theycallmedan, @doze, @ranchorelaxo, @ocdb, @trafalgar, @resonator, @acidyo, @ackza, @v4vapid, @canadian-coconut, @haejin, @newsflash and all hivers.

When the masses begin to feel the impact of Hive and other cryptocurrencies, then many people will be interested to learn more about the source or the brain behind such projects.

This is so good!

It's the reason why projects of this nature is needed to serve as a promotional tool which will make the masses learn Hive. Thank you for your comment @ksam

The people knowing Hive as the provider of the borehole water system is such a great promotion. I'm excited that the designs of hive is surely going to be on the structure for everyone's view. I want to thank you so much for accepting to do this together with me. We're certainly going to spread hive to many communities in Ghana through promotional activities. Congratulations @collinz