LeoGlossary: The LeoFinance Onboarding Map into Crypto Content Creation - Making Everyone Have a Say on the LeoFinance Ecosystem

Hello LeoFinance ecosystem! It's been a very busy day and I hope you guys are doing super fantastic. Do have a nice time ahead. 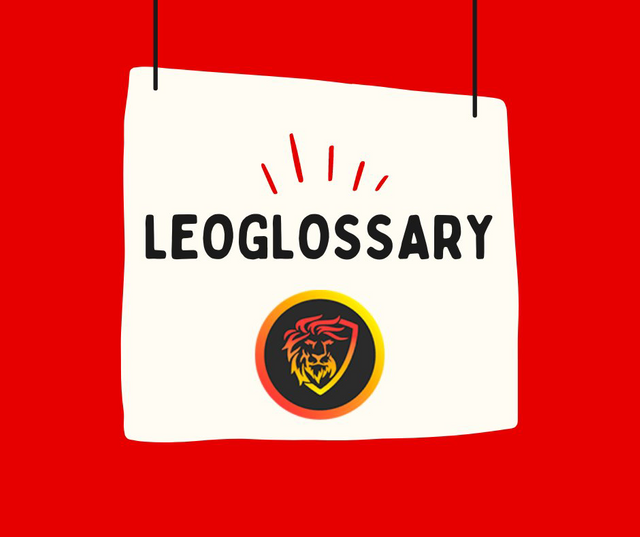 It's good to bring to you notice one of the most innovative idea on the LeoFinance ecosystem and the hive blockchain and that's LeoGlossary. I know you aren't aware about this prior to now, but if you do that God. I'll be explaining this to us in this post, stay tuned.

One of the challenges facing onboarding new bees on the LeoFinance ecosystem is the issues of navigating and knowing the right terminologies to use when create a suitable LeoFinance content.

This make LeoGlossary one of the most unique innovations that is launched on the LeoFinance ecosystem and the hive blockchain at large.

LeoGlossay is a resource center that focuses upon areas of investing, finance, and cryptocurrency. This is a database full of terms that will aid people in their learning about such topics.Source

Just as it's said above, LeoGlossary gives definition of terms and their usage like the encyclopedia and the wikipedia but it's uniqueness is in the areas of crypto, finance and economics, which are the things needed to navigate into the LeoFinance ecosystem in terms of content creation that are traffic oriented.

Prior to my onboarding into the LeoFinance ecosystem, it was very difficult for me to give the right interpretation for terminologies like altcoin, bull and bear season or market, arbitrage and the likes, but today, it's very easy to read a LeoFinance post and quickly note the terms and immediately using the LeoGlossary platform to define those terms to your understanding.

Friends, I think now is the time for everyone on the hive blockchain, whether they had pre-knowledge of crypto, finance and economics or not they can navigate through the LeoFinance ecosystem with the help of the LeoGlossary platform.

These are the few words and their definition from the LeoGlossary platform, for more information on LeoGlossary just click here

Hope now you're convinced to start your first LeoFinance content with the help of LeoGlossary.

Thanks and God bless!

We look to keep it growing. There is a lot more to do to make it viable.

The format is falling into place, now it is just adding.

We look to keep it growing. There is a lot more to do to make it viable.