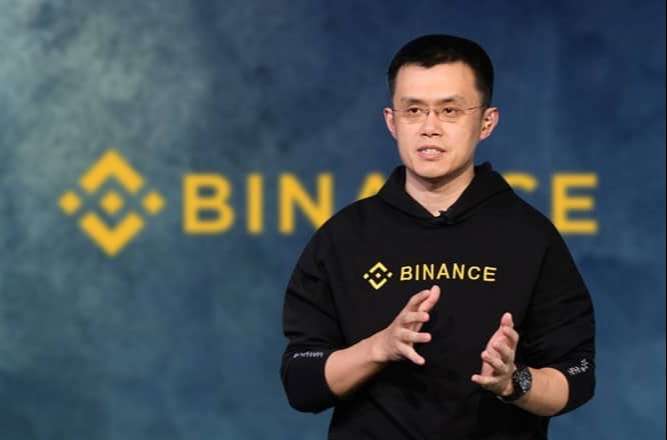 Changpeng Zhao or as we know him CZ is the founder and CEO of the largest global cryptocurrency exchange Binance. He is also one of the world’s top crypto billionaires and does not own much of anything else other than crypto!

“I’m one of those guys who value liquidity much more than owning something. I actually prefer not to own anything,” Zhao said in a Bloomberg interview on Wednesday.

He told the interviewer that various cryptocurrencies like Bitcoin (BTC) now make up nearly 100% of his entire net worth as he does not own any real estate or much fiat holdings. When asked how much of his net worth is invested in crypto, Zhao said:

To be honest, I'm not surprised by these statements. CZ said that it took him a while to ramp up his crypto portfolio, but form how popular Binance has become it's much easier to accumulate. After buying his first Bitcoin, the CEO was sold his Shanghai apartment that he bought in 2006 for more Bitcoin and quit his job to increase his liquidity. I'm not telling you to do that considering he was early to the game and those Bitcoins he bought in 2006 has gained value considerably! However, there are lesson to be learned from his experiences. He took a risk, reduced liabilities and went after a passion. My take away is I won't be holding zero fiat because it's just not practical for me, but maybe it means reducing my fiat holdings and increasing my risk tolerance. 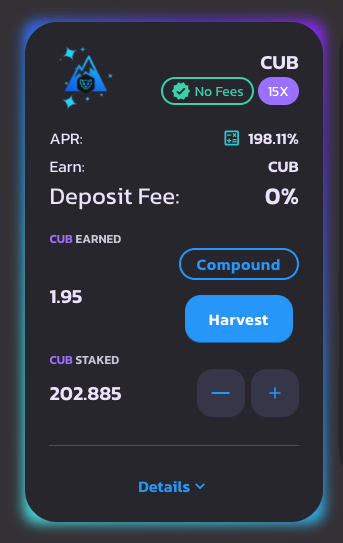 I was reading @taskmaster4450 DeFi Minting Millionaires post this morning and he got me thinking about this topic of risk tolerance as well and how DiFI is minting millionaires.

Taking CubFinance as an example, we can see the return on the CUB token is now over 200%. That is a remarkable yield especially when we consider that banks are paying 1% if one is lucky. A 217% return will amount to a large amount of money over time. How long this particular rate lasts will be determined. However, even if it "falls" to a 25% annual return, that will end up being a compounding machine. After all, Warren Buffett became the richest man in the world some time back by garnering a 20% annual return, over decades. We are in a historic period of financial revolution and it's the time to take risks as we are the early adopters. Waking up to Hive down 18%, Leo down 10% and BTC down 3% is a gift. I'm rearranging my finances to add to my crypto holdings. More specifically, my CUB holdings.

So maybe it's the time to evaluate your portfolios.