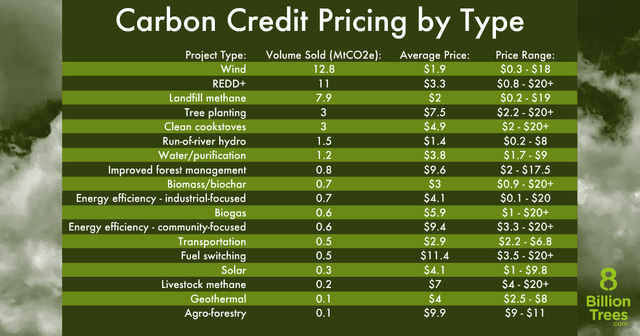 Carbon Credits have been designed to fix the planet forcing businesses and countries to operate within a green initiative.

Yesterday I went down the rabbit hole of carbon credits and carbon offsets and was amazed at what is taking place and how this sector of the market can be gamified by institutions/companies. Tesla for instance sold their carbon credits in the first quarter last year for $520 million. Is Tesla a green company as that can be questionable with carbon emissions being created from what they manufacture.

Back in December 2015 the Paris agreement decided worldwide that the CO2 emissions have to be reduced annually. The aim is to have neutral carbon emissions by 2050 and reduce the global temperature rise by 2 degrees Celsius this century.

The magic number for the cost of Carbon Credits to actually make a difference is somewhere between $40 and $80 dollars each per 1 ton of Carbon. If you now look at the list above these prices have along way to go to achieving that type of number.

Land will become more and more valuable depending on what you do with it and farmers need to hang on to what they have and fight through the current economic climate. They will receive carbon credits by just growing crops which is what they do anyway with an estimated 1 Carbon Credit per acre of land. Forestry would also be very lucrative depending on what trees are planted as it is all about the Carbon being sucked up by the plants.

The Amazon rain forest being cut down by illegals in order to create cattle farming makes no sense. The issue is will the Brazilian Government step in as this is revenue that will be given to a country for keeping what they have as this is what the rest of the world will be paying for. 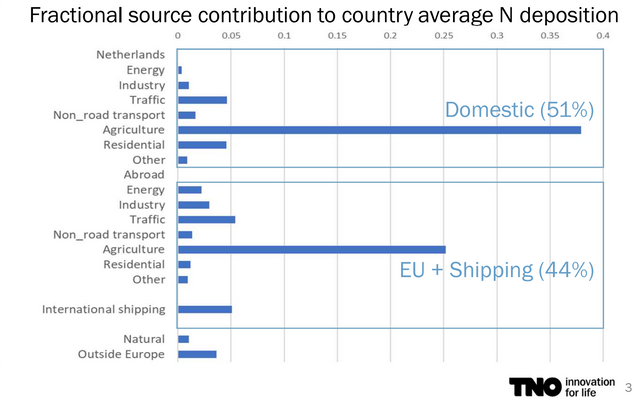 You can see why the Dutch cattle farmers have been targeted as they are the biggest creators of Nitrogen.

What we have seen lately with the Dutch farmers being forced to stop farming due to the Government having to reach their emission targets which they have already agreed upon. Over 11 000 cattle farms need to close down and be replaced with a "greener" farming method. This sounds ridiculous when in Brazil the opposite is happening as trees are being cut down and replaced by cattle.

You do start to realise why the likes of Bill gate sis investing into so much farmland as this is going to become even more valuable. He currently owns more than 268 000 acres in the States and this is going to become hot property. Sustainable farming plus receiving carbon credits for what they are doing will be big business by the time we hit 2030. 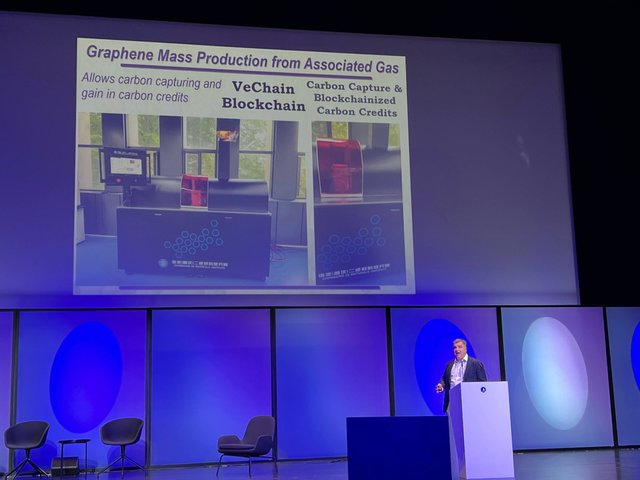 I keep coming back to the VeChain when I do these posts as their VECarbon is going to play such an important role in this transformation. Companies are "greenwashing" right now highlighting how green they are when they really aren't. This will all come out in the "wash" literally once this gains more traction with companies like IKEA under pressure for cutting down forestry to create their DIY furniture. Everyone will be looking at each other as to what they are doing to reduce carbon emissions and where they can purchase Credit offsets which will be farmers, green energy etc at the top of the list of beneficiaries.

The more rabbit holes I am going down with this Carbon topic the more I see why VeChain is required to help control this. Blockchain is imperative in this as this could be seriously manipulated without everything on view being transparent.

I thought part of the problem with the rainforests was they were cutting it down for charcoal too. I could be totally wrong on that though. That is probably just a small slice compared to cattle farming land.

If you cut it down for charcoal you would replace the trees with more trees which does not happen when you need grazing land with no trees. Doesn't make sense as you stop the Dutch (example) from cattle and live stock farming due to Nitrogen etc, but in some other place they are picking up the slack hoping to sell their meat to that country or whoever needs it.

Yeah, there needs to be a global shift. I don't think I could give up meat though.

Agenda 2030... This is much more about control than it is about the environment.

Yes. This is becoming more and more clear when we research into various things. They are making things relevant as an excuse to gain control and screw everyone along the way.

I adore the benefits you mentioned for reducing carbon emissions.

Land will become more and more valuable depending on what you do with it.

We are all aware of how crucial farmers are to society since, without them, there would be no food. To make our lands more desirable for our farmers to cultivate various crops, carbon should be reduced.

Forestry would also be very lucrative depending on what trees are planted as it is all about the Carbon being sucked up by the plants.

The impact of carbon emissions and tree-cutting on forestry is significant.

This is a fantastic way to raise awareness of the negative effects of carbon emissions, and we need to make some adjustments as a result.

Thank you for sharing knowledge,you are amazing!!!