Governance Token Will Have Final Say In Changing Treasury Fees. 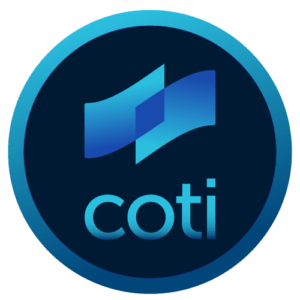 Today the Coti team announced some updates with regard to fees for the Coti Treasury. The fees have been restructured making it a fairer experience all round. Currently there is 43% of all Coti staked in the treasury and that number will continue to grow.

I have read through the changes and couldn't be happier as users thinking long term will only benefit. Someone asked the question however of what is the point of having a Governance token if decisions are already made for you. The date then changed from the 1st December to the 1st January meaning the airdrop of the GCoti or Governance token is imminent. This is how it should be even though I am 99% happy with the proposed new fee structure, but also having a say as a staker should be the first choice.

The proposed fees before the delay and back pedaling as the team saw their error. The community decides via a vote and not by the team.

As expected there are certain members of the community bitching but these seem really fair for everyone. I would like to have seen the liquidation risk fee increase even more, but you cannot win them all. Maybe ,just maybe these fees will increase even more now as I would vote for a heavier penalty on point number 5. These fees filter back into the treasury giving everyone a boost in APR.

The level 1 APR is sitting at a low 7.91% and the lowest I have seen it which is expected with such a high percentage of users staking in the Treasury. the hope is when all the development kicks in with the various launches the APR will rise back to around 15% as the fees will start to flow in paying for the higher APR.

I saw something about this on their Discord, but I didn't really bother reading it because it doesn't really apply to me. Perhaps one day it will. That is good that they are going to let the community decide.

Hopefully not too long now before you are involved.

That 1.5% withdrawal has crypto twitter up in arms. Scamcoin. 😉

Bunch of pussies who cannot do basic arithmetic along with waiting for the APR to rise which it will. I just don't understand how some people think as they clearly don't.

They will come up with a suitable solution and wont be penalized as we have Governance token coming now which increases your APR. Those that stake for longer periods will receive more GCOTI. People panic without doing the math.

Lol. Always do my research first and continue to do so and there are no worries whatsoever. How is drip going?

All good news from my scamcoin. Compounded daily for 8 months to build up to 200 DRIP from 10 DRIP. 200 DRIP returns about 2 DRIP per day. Price plummeted like everything else but still returning the 1% per day. ROI returned 3 months ago so now it's daily passive income and clear profit. Swapping my DRIP into DEC and building my Splinterlands account with that. At one stage it was €200 per week. Could even purchased a validator node out of funds which is giving me SPS and GLX so focusing on that. It's now around giving back only around €20 per week but its fine. It will go up again.. I'm back to compounding at these low prices to get to 1000 DRIP while we are still in a bear. If everything goes tits up then at least I made my money back. If price increases then I am laughing. We will see in time. No crypto is safe in todays markets.