The other day I mentioned about a friend of mine who owns a factory close by and he hasn't had electricity for 15 days now. You don't realise how bad things are until it happens to you as up until that point is hasn't really affected your daily life. Not having electricity due to outages is something we have lived with for over 14 years now, but instead of improving they are deteriorating. 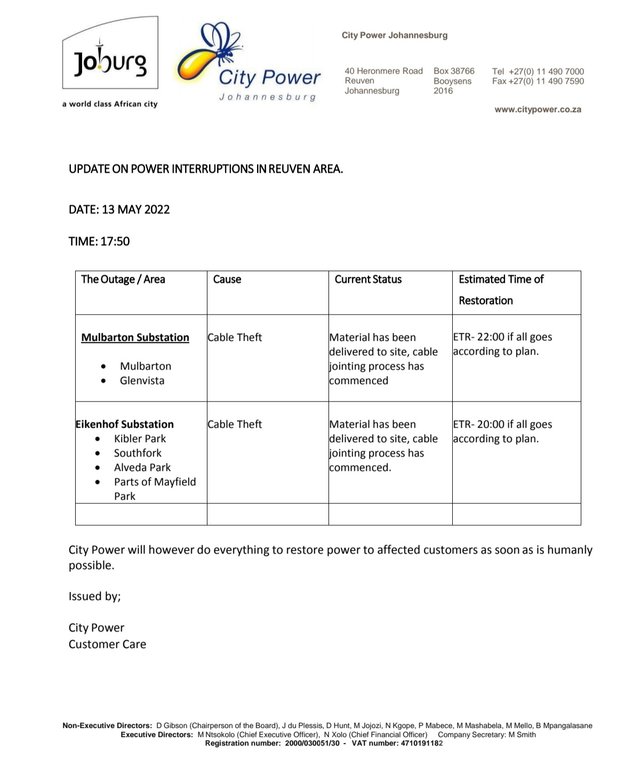 10pm tonight which is expected to possibly mean some time on Saturday. This is the 4th incident just in the last month in this area. Possibly the ones repairing are the ones taking the cable as this is quite common.

Last night our power was cut off and possibly will be back tonight or Saturday or who knows how long. The problem is cable theft and the situation is deteriorating rapidly across the country. There is even courses being taken by syndicates to help individuals or groups master the art of stealing electricity cables. Only in Africa and very little is being done about this. 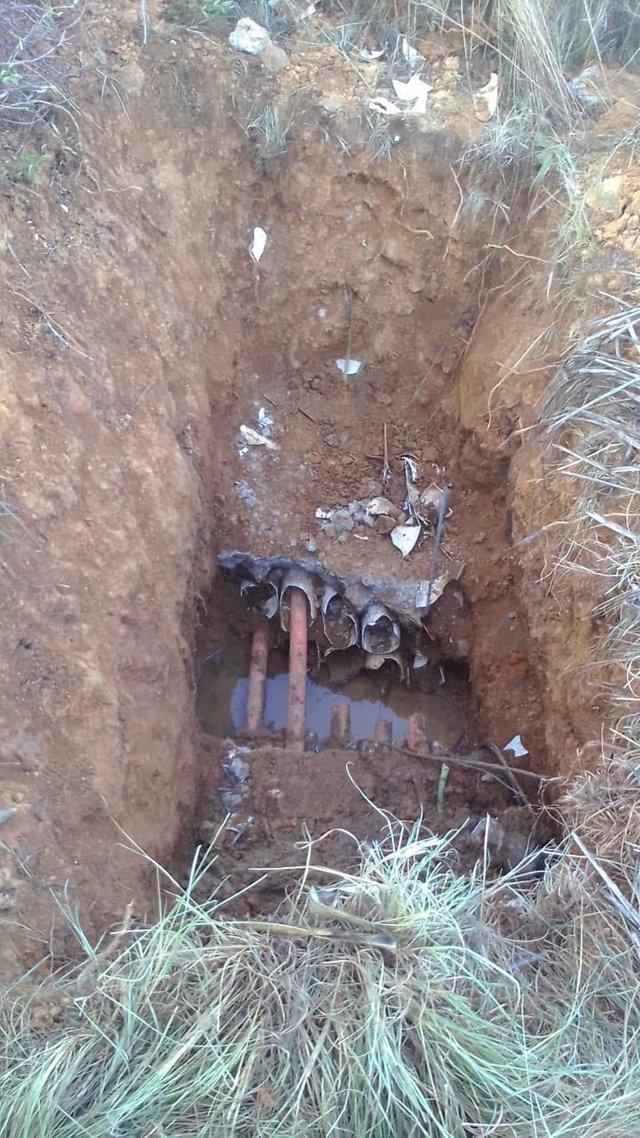 They dig two holes cutting the cable at both holes and remove the cable. This time it was 78 m which is a serious amount of meterage.

Since two days ago I know of three more factories down who are unable to manufacture so this is not just arbitrary incidents, but grand theft. My family is working from home today as there business had no power this morning and the need to use the internet and computers to process orders is obviously a requirement. Drivers have been shuttling back and forth collecting invoices and delivery notes so they can continue business as usual.

The problem is this is suffocating the economy quicker than Covid Lockdowns and I fear for the outcome as there is no end in sight. One can ban the sale or export of scrap metal but then the authorities say that will cause job losses. What is the alternative as job losses are going to be far worse when industry shuts down and this is happening far quicker than people realise. 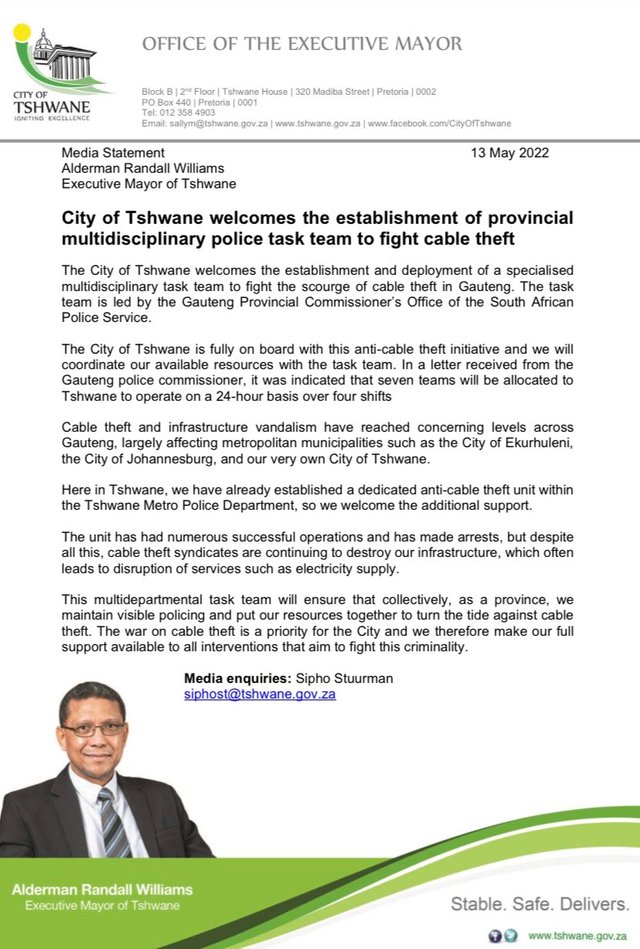 I think it is too widespread to make a real difference and they need to up the penalties for infrastructure crime as the death penalty should be reinstated. Maybe harsh but something has to be done and quickly.

Copper bar exports are up by over 4000X just in the last 10 years which tells you where all the copper from the stolen cables is heading. The country is in a crisis yet very little is happening as law enforcement cannot keep pace. Just the railway company Transnet has over 15 incidents every single day 365 days a year.

People say the first signs of when an economy collapses from infrastructure failings then it is time to leave. This has been slowly getting worse and worse and actually feel sorry for everyone directly affected. The problem is this affects the entire country and has far wider consequences than just the factories as the economy is shrinking at a drastic rate.