After falling by 16%, it took buyers 86 hours to update the high 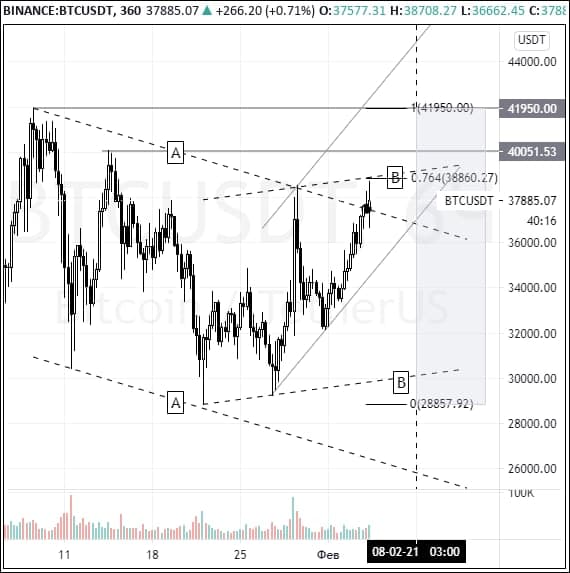 It should be noted that at the daily TF, buyers covered 50% of the shadow. The price went up from the “A-A” channel. Serious application for updating the maximum. There is demand for both Bitcoin and other cryptocurrencies.

The demand for cryptocurrency could have increased due to the ongoing conference of the educational conference on bitcoin, organized by Michael Saylor of MicroStrategy. It takes place on February 3-4. Michael said the conference generated tremendous interest from CEOs and other executives. He encouraged them to join the rally and get good returns on their cryptocurrency investment.

As I understand it, he wants to show large companies how to invest in bitcoin correctly so that large sums do not affect the price and attract large players to the market.

Despite the break of the trend line from the 41950 high, I don't like the price pattern to continue the rally. It is not yet known at what formation the cue ball will rush to update ATH (all-time-hight). I still stick to my analysis and believe that the favorable time for the continuation of the upward movement will begin after February 8th. I highlighted the zone on the graph.