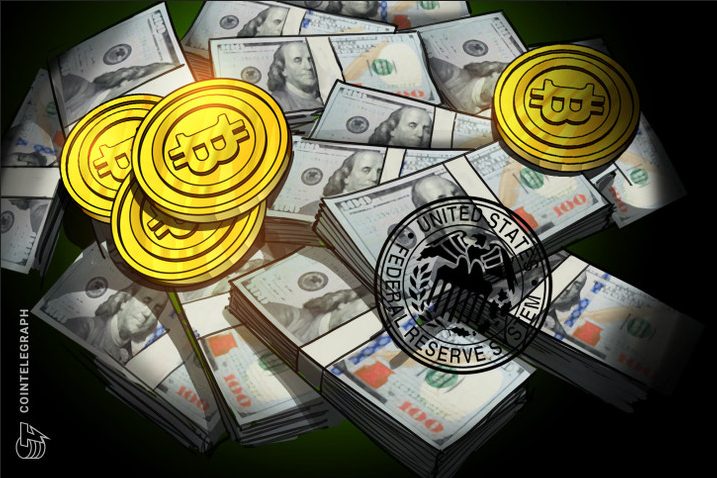 The week from July 25 to July 31 began with a decline in the BTC/USDt pair. Crypto assets fell in price with US stocks ahead of the US Federal Reserve meeting (July 27). Investors closed long positions in anticipation of an aggressive rate hike by the Fed.

On July 26, the bitcoin rate fell to $20,706. The weekly low was formed against the backdrop of falling US stock indices, as well as the strengthening of the US dollar. The S&P500 fell 0.85%, the Nasdaq fell 1.87%. The stock market came under pressure after Walmart Inc. cut its profit forecast, and the IMF warned of the possibility of a sharp slowdown in global growth. The dollar, in turn, rose in price due to the collapse of the single currency against the backdrop of the energy crisis (rally in gas prices).

On July 27, a new phase of Bitcoin strengthening began. Growth of quotations resumed following stock indices after the meeting of the US Federal Reserve. The BTC/USDt pair recovered 7.99% to $22,952.

Following the two-day meeting, the Fed raised the rate by 0.75% to 2.50%. During a press conference, the head of the Fed said that in the future it is possible to increase the key rate by more than 0.75 percentage points, but the decision will depend on incoming data.

Risk appetite has risen on the statements of J. Powell that he did not recognize the recession in the US. At the same time, fresh statistics confirmed the technical recession with two negative quarterly values. The United States economy contracted 0.9% year-on-year vs. 0.5% and -1.6% expected in Q1.

J. Yellen, J. Powell and the White House deny the recession in the US. They call the disappointing GDP data a necessary economic slowdown ahead of future growth. Their priority is the fight against inflation, so in a strong labor market, you can sacrifice the economy. Yellen said that the US economy is entering a new phase focused on sustainable and stable growth.

Soon in the States it will be forbidden to pronounce the word "recession", and against journalists, economists and analysts who use it, they will begin to impose sanctions and fines.

Stock indices and cryptocurrencies reacted with a fall to American statistics, then growth resumed with renewed vigor. Investors thought that the Fed would not aggressively raise rates in November as the economy slows down. The bitcoin rate rose to $24442.

On July 29, stocks continued to rally after the US Central Bank raised the rate to 2.5% in an attempt to contain high inflation. Investors seem to be enjoying the big tech earnings reports for Q2. The US dollar has fallen as investors are not considering aggressive rate hikes in the fall so as not to finish off the economy. On Friday, the S&P500 and Nasdaq rose 1.41% and 1.88%, respectively.

On July 30, the BTC/USDt pair rose to $24,668. Growth has stalled, although the road to the $28,000-$30,000 zone is open to buyers. The upward movement takes place in the form of small impulses lasting 5-6 hours with corrections of 10-13 hours. When the correction starts to last more than 40 hours, buyers get nervous and close long positions in anticipation of a correction. By the close of the day, the bitcoin rate fell by 4.68% to $23,502. If you stagnate for a long time, then buyers will start to get nervous.

There are indications that the upward movement may continue to close on July 31, as buyers will close the monthly candle. At 17:13 GMT+2 in July, bitcoin rose by 19.35%, and ether - by 60.33%. Investors will monitor the dynamics of the ether. If buyers pass the key resistance of $1800, then a new wave of purchases of altcoins will begin on the crypto market.

In the week from August 1 to 7, it is worth highlighting important macro events: on Monday and Wednesday, data on business activity in the manufacturing and services sectors for July will be released. On Friday, investors' attention will be directed to the report on the US labor market (Non-farm Payrolls). The better the data comes out, the greater the growth of stock indices and cryptocurrencies.