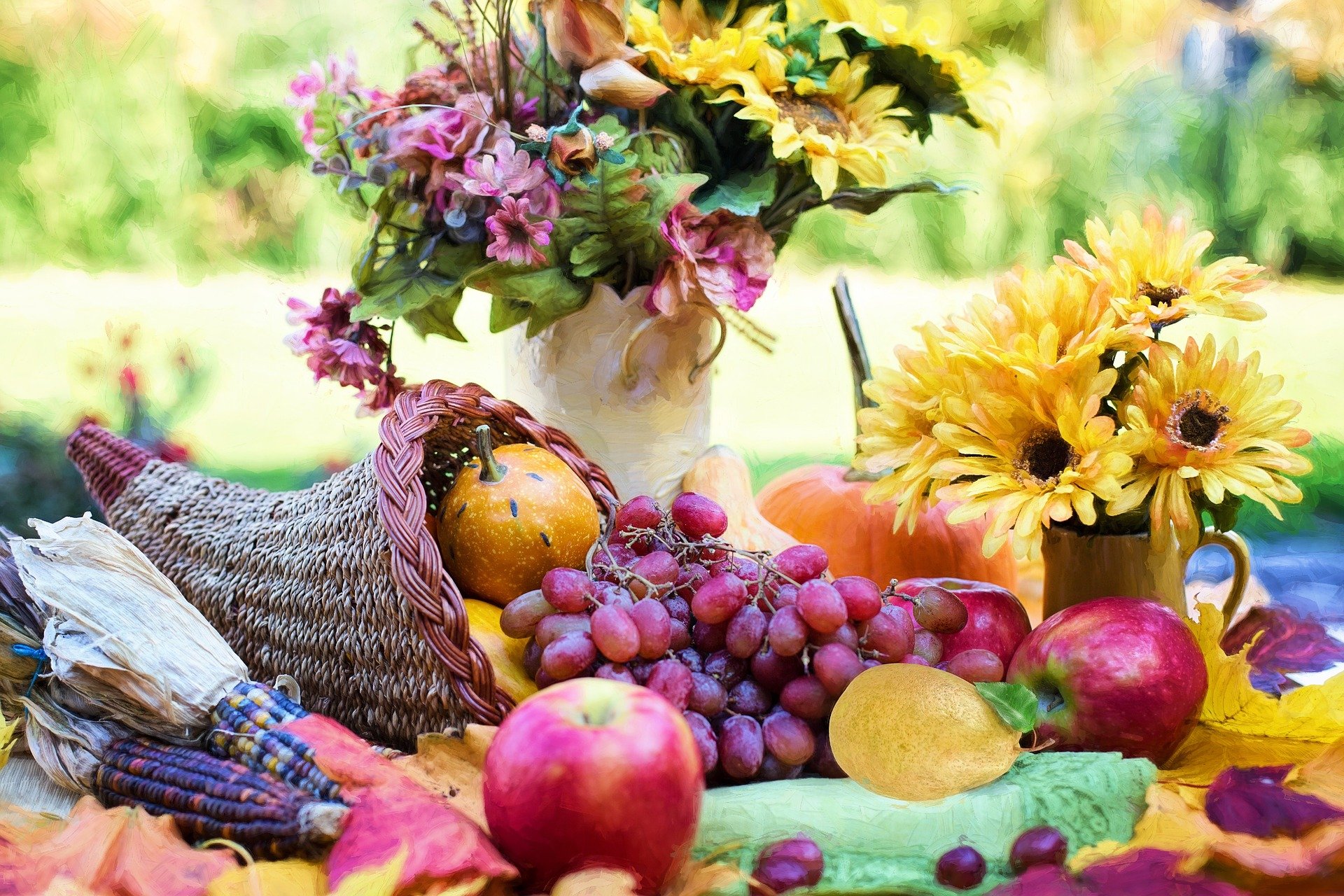 My favorite holiday of the year. A day (really an entire weekend) dedicated to spending time with family, being thankful for the blessings we've received over the last year, and, of course, stuffing our faces with delicious, home-cooked meals that usually include fresh-out-of-the-oven roasted turkey, buttery mashed potatoes, crunchy or gooey stuffing (to taste), and those fresh-baked pies; apple, pumpkin, and pecan. Definitely the best day of the year. For me, anyway.

The day starts early with getting the turkey in the oven before church, and then getting everything organized and set out in preparation for the feast shortly after noon. Guests arrive (or if you're lucky, you are the guests) and everyone sits down to a big table filled with plenty while favorite stories are told and retold from the past. After the meal, it's waddling over to a couch or recliner and dozing in and out to a full day of football, before hitting the leftovers again for dinner. It doesn't get any better than that. Truly a cornucopia of goodness.

Which brings me to the reason for this article. First, let's define what a cornucopia is as defined by a quick web search.

Cornucopia--1) A symbol of plenty. 2) An abundant supply of good things.

A very apt symbol of the Thanksgiving Feast. But it's also a good symbol for what's going on in the HIVE ecosystem. There are almost too many opportunities right now to name, but I'm going to give it a try. I'm sure I'll miss a few, but you can correct my oversights in the comments if you'd like. In the meantime, I'm going to hit a few of the ones of which I'm particularly fond.

First, there's HIVE itself. It is obviously the underlying currency of the Hive blockchain. Everything going on right now is built on or around the Hive blockchain. It is quite possibly the single best blockchain in existence. For eight years now the rest of the crypto world has been trying to solve speed issues, fee issues, scaling issues, etc. In the meantime, HIVE has 3 second blocks, ZERO fees, and is literally running millions of transactions per day with very little problem. As others have said, Vitalik is trying to turn Ethereum into what HIVE already is. Good luck with that...

HIVE already IS what many of these other blockchains are trying to become. And it's only a matter of time until the people investing the money start to realize it. Wall Street and venture capitalists won't any time soon. They're too busy conning people into buying inferior projects they've funded so they can exit with millions of dollars in profits. They don't want people to find HIVE. They just want to fund devs with ideas so they can profit off of them before anyone figures out whether they even work or not.

In the meantime, HIVE just keeps plugging along, upgrading their infrastructure behind the scenes, and performing day in and day out. We can all see it. Every day. Sure, there is the occasional glitch, but nothing that would threaten the blockchain as a whole. Not like fees going into the hundreds of dollars or transactions taking hours to confirm like some other blockchains I could mention. It just does what it's supposed to do in the manner it's supposed to do it, and we all benefit without necessarily even knowing how good we've got it.

Every time I do a transaction on any central exchange or in any other wallet, I get a little nervous. Not here. Hive is it's own little bubble where transacting takes a couple clicks and a few seconds. Done. It doesn't get any better than that. Literally. And the price is starting to reflect it.

Over the last few months, Hive has risen from a low of around 20 cents at the end of June, to over $1, currently $1.20 at the time of writing. That's 600% in just under five months. Truth be told, it feels like we're just getting started. What started out as a few pumps by the "crazy" Koreans, has manifested into higher lows on each subsequent dump. THAT is very bullish.

Also, consider this, HIVE currently has a market cap of just under $400M despite the big runup. There are currently 131 cryptocurrencies listed on CoinGecko with over a $1B market cap. I can tell you this with full confidence: there are not 131 blockchains/daos/dapps/services/whatever that provide more value than HIVE. Personally, I feel like HIVE is a top 50 blockchain, which, coincidentally, would put it right next to PancakeSwap at $3.9B. That's a 10x from here. Since this is a Thanksgiving Feast post, chew on that for a while. Definitely food for thought. (Puns, sorry.)

When I started this article, I thought I'd relate individual cryptos to the Thanksgiving meal, but in reality, HIVE truly IS the cornucopia. Everything else is the plenty spilling out of it. 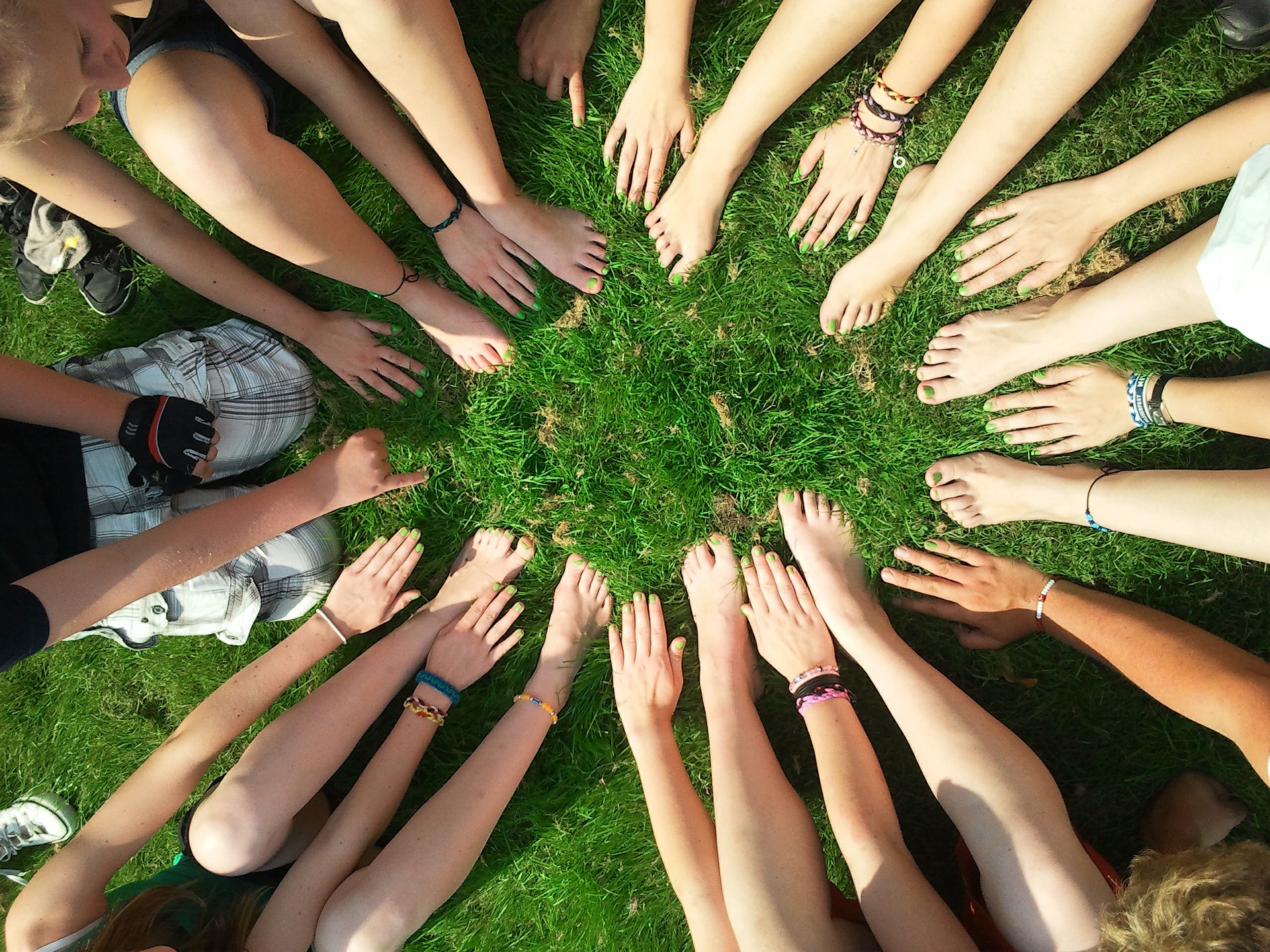 For example, there's #LeoFinance, from where I happen to be writing this article. LEO continues to grow, build, and develop into it's own ecosystem. In just the last year, it's gone from a cute little financial blogging site to the developer of a Defi platform (CUB) which is on it's way to becoming a DEX aggregator. It has also rolled out a mobile app, developed a decentralized leasing marketplace (LeoFi), built an IDO pipeline, and is still in the process of building and launching ProjectBlank, a twitter-like, short-form blogging app. While rug-pulls continue to happen all over the cryptosphere, including in big name projects, LEO and CUB just continue to innovate, develop, and pivot as the market requires. Their ability to be agile in the space is allowing them to be at the forefront of some of these technologies and, as is the case with HIVE, I feel it's only a matter of time before the rest of the market starts seeing the value it's creating. It's currently 25 cents. Hmmmm....

#CINE, #STEM, #CTP, #NEOXAG, #POB, all tokens in the horn of plenty that are community-driven and all are available on the HIVE ecosystem. 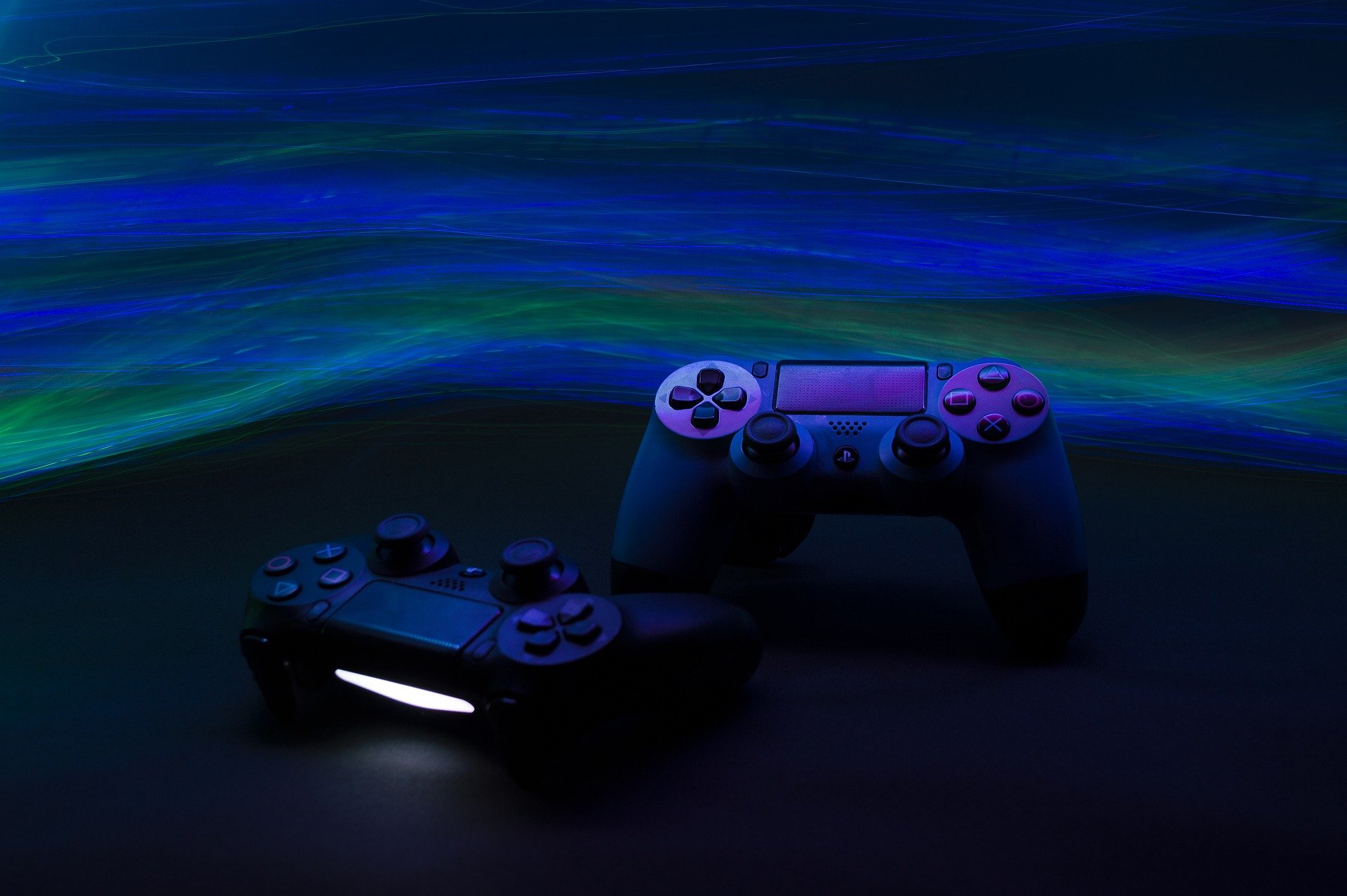 And then of course there is #Splinterlands, the number one blockchain game in transactions in existence. It's also number one in users according to some metrics. This game runs on the HIVE blockchain as well and continues to add thousands of new users every day. Prices on the NFTs (cards) continue to climb and they are also in the midst of releasing another new set of 80 cards into the game. Packs, which sell at $4, require a VOUCHER in this first pre-sale which are currently selling for just under $20 each. And they haven't even begun to implement some of their other features, such as Land. The future continues to look very bright for people involved. When it comes to #Play2Earn, Splinterlands is at or near the top of the list. And, like I said, they're just getting started.

Speaking of Play2Earn, another new token on HIVE is #ONEUP. They are dedicated to all things Play2Earn. If it's a game and you can earn crypto, they are on it. With this genre just starting to build momentum, they are perfectly positioned to take advantage of the inevitable barrage of new players coming into the market and discovering crypto as they arrive. It is still extremely early with this one so if you like getting in on the ground floor, its currently trading around 6-8 cents.

And while we're on gaming, #PsyberX just completed their initial Founders round and is currently in the process of getting their game ready with videos and testing coming in Q1 of 2022. A first-person shooter where the focus will be on the actual game, rather than just on the "earn" part. The earning will still be a big part of it, but too many blockchain games become a grind trying to earn while the gameplay suffers. PsyberX is approaching it from the other side; make the game awesome to play and the earning will come organically. Again, very early and the tokens are very cheap. The game doesn't exist yet so there is definitely risk, but the LVL tokens are currently less than a tenth of a penny, so you don't have to put much in to get a nice chunk. 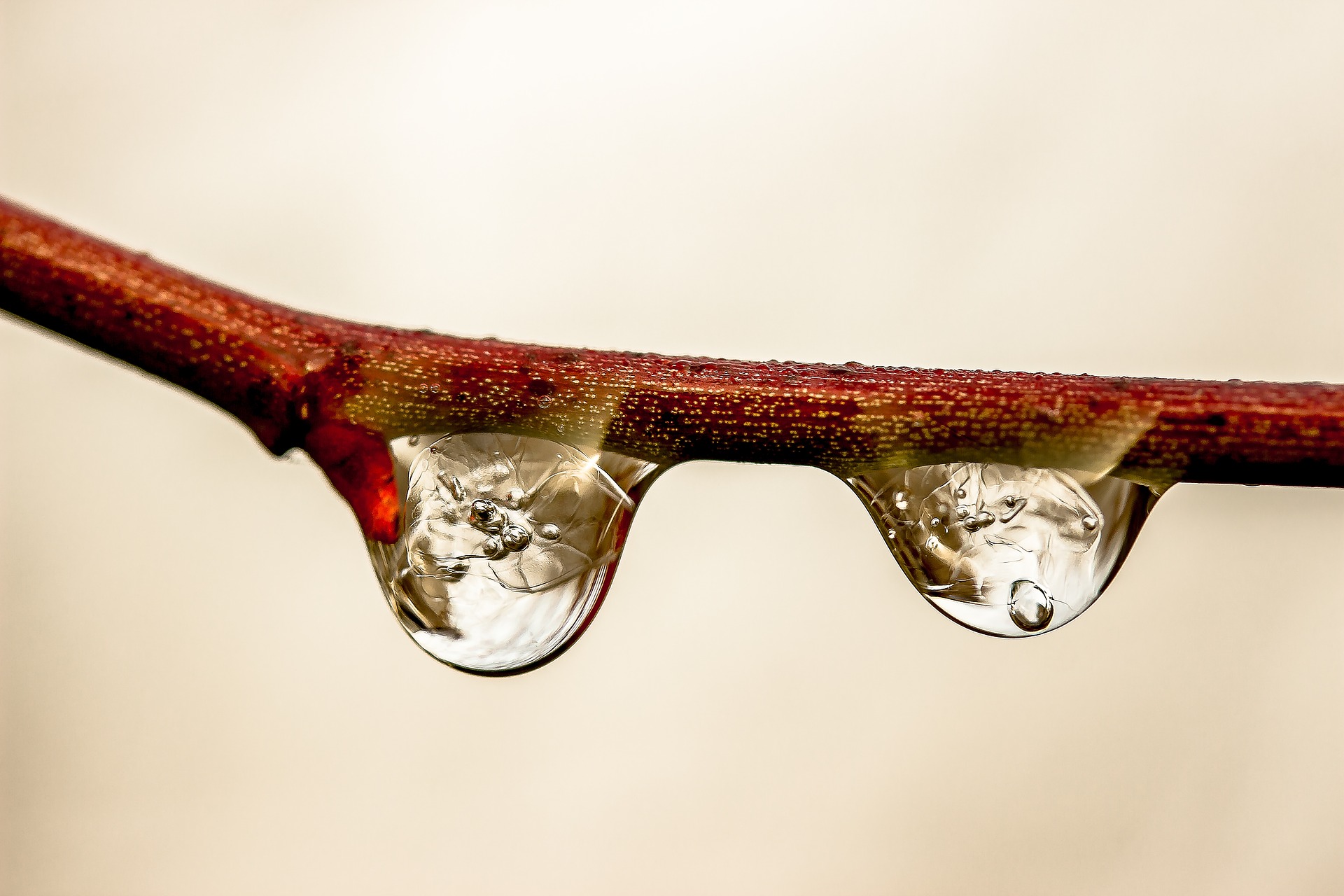 We haven't even gotten to my favorite part yet; tokens that I call "DripCoins". These are tokens that pay you other tokens simply by owning them. They are basically the pre-cursor to Defi. For example, one of my favorites is #LBI (Leo-Backed Investments). By owning this token, investors receive dividends in the form of LEO. LBI has taken the dollars invested and staked a bunch of it for curation power. It then uses funds generated to invest in other things to grow the underlying value of the token. In the last year, it has grown from 1 LBI equaling 1 LEO to 1 LBI equaling 1.5 LEO. In the meantime, it's been paying dividends in LEO every week for the last few months. So not only has the value of the token grown by 50%, but there have been some nice LEO payments along the way as well.

This is just one of a handful and more of "dripcoins" available to HIVE users and they continue to add value in many different ways. #UTOPIS pays HIVE dividends and is also starting to pay other tokens as well. #INDEX owns a proverbial "s*&^load" of Splinterlands DEC and has been handing out VOUCHERS to tokenholders. It also pays out "drips" in a few other tokens just for owning the token. #EDS pays people HIVE. #ARCHON also pays HIVE and some others. #DHEDGE pays drips as well. #BRO is a big one where you can delegate HP to them and earn more BRO, which in turns drips out a bunch of other tokens to you based on how much you own. #LEN is in the process of potentially adding drips. #PIZZA, #LIST, #SPI, and I'm sure there's a few more I'm missing, all pay you just for owning the token, in addition to what the price of the token actually does. All brought to you on the HIVE blockchain. More plenty from the cornucopia.

Of course, many of the tokens available on HIVE and Hive-Engine also now have Diesel Pools as well, so you can earn more rewards in many different tokens simply by providing liquidity with the tokens you already own.

Opportunity upon opportunity. Plenty on plenty. Drips on drips. All of this is currently going on under the HIVE umbrella. Is it any wonder the HIVE price is starting to climb? And this is without considering future value being added as we speak. #3Speak is coming. #HAF is coming. #HAS is coming. #PodPing is coming. And more... Developers are being sucked into the ecosystem because this is truly one of the best blockchains in existence. As these current projects launch, it will become even easier to draw in talented developers to continue to take HIVE to the next level.

As @taskmaster4450 says, we are entering an "Age of Abundance". #HIVE is at the forefront and in many respects, is already there. The Cornucopia is real and, as I said in the beginning, is a very apt description of what HIVE has become. Partake of the Feast.

PS. Don't forget NFTs. #HivePunks and the #NFTShowRoom. Just getting started on HIVE as well...