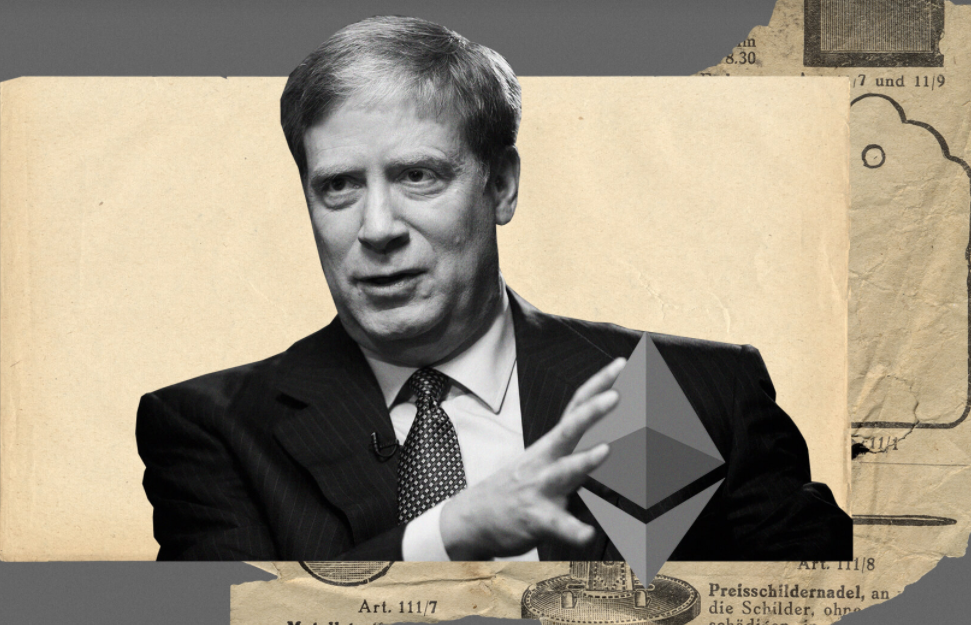 It’s not every day that the investment fund manager who handled the investment account of George Soros publicly acknowledges Bitcoin or Ethereum. Billionaires and investment managers are more often than not skeptical when it comes to Bitcoin. The disruptive economic model, established by blockchain through the use of cryptocurrencies, leaves them disinclined to consider the alternative to existing financial models.

Given the complexity of blockchain technology and its ability to unsettle a highly centralized, and well-grounded, economic model, Warren Buffet and Charlie Munger have claimed in unison that Bitcoin provides little value to civilization. In a recent interview with the Hustle, billionaire investor Stan Druckenmiller shared his thoughts and opinions on Bitcoin, Ethereum, and DOGE. The latter being considered as no more than a passing wave in the “Greater Fool Theory.”

Stan Druckenmiller founded Duquesne Capital in 1981, and made considerable profits alongside George Soros in 1992 betting against the British Pound. In an overview transcript by John Street Capital on Twitter, Druckenmiller expressed his fondness for cryptocurrencies, whilst also detailing his concerns regarding certain monetary policies of central banks that might inhibit the future of fiat currencies’.

During a phone conversation with Paul Jones, Druckenmiller discovered Bitcoin’s finite nature allows it to serve as a store of value. He argues that, within its 13 years of existence, Bitcoin has become a brand, which has aided in gaining it the status of digital gold. Further supporting this is the capacity of traders to remain composed amid flash crashes, such as the one that saw value drop from $17,000 to $3,000, which displays impressive trust in an asset as volatile as bitcoin is. Druckenmiller continued, impressing that “West Coast” millennial’s concepts of Bitcoin are similar to his previous perceptions of Gold, which eventually led him to invest in Bitcoin.

Dogecoin With No backbone

Druckenmiller compared Doge with NFTs, highlighting DOGE as “a manifestation of the craziest monetary policy in history.” The billionaire investor went on to state that he does not see any added value for Doge. Due to its conceptual “infinite supply,” Dogecoin does not portray any similarities to other high-value cryptocurrencies such as Ethereum or Bitcoin.

Druckenmiller regards trading Doge as working in a similar capacity as adhering to the rules of a casino, sharing his judgement as follows: “Don’t go long and don’t go short. I mean, you know, unless you like going to Vegas, then I guess it’s okay.” Doge, in his view, is a joke, related in part to its influence from social actors. “When Dogecoin goes up, I just start laughing,” the price movement of Doge may at any time be exacted by external factors that aren’t necessarily linked to the token’s actual value.

Stan Druckenmiller drafted a comparison between Bitcoin and Ethereum, noting that BTC is “going to be very tough to unseat.” Using Yahoo and Google as a further analogy, he added, “Google wasn’t that much faster than Yahoo, but it didn’t need to be. All it needed to be was a little bit faster ,and the rest is history.”

While both of these companies have governed the direction of the internet since its inception, Druckenmiller raised the question as to whether Ethereum ”can hold its position.” He does not disregard the innovation of using smart contracts, but rather draws focus to the more general element of whether Ethereum can keep up with the constant discoveries being made in the cryptocurrency space.

According to Druckenmiller, Bitcoin has been around for more than a decade, and the dino coin has ascended towards a store of value. His views towards Ethereum, however, indicate his belief that the network may not possess the ability to adapt quickly enough to the ever growing demand of the market. Still, Ethereum’s utility in the existing network is undeniably valuable, but more and more blockchains are showing off faster, often more accessible blockchain design.