Another ATH For Bitcoin! | Let’s check the activity on the blockchain? | April 2021

Let’s take a look how is this effecting the network. Is there increase in the numbers of transactions, new wallets, and the overall activity. 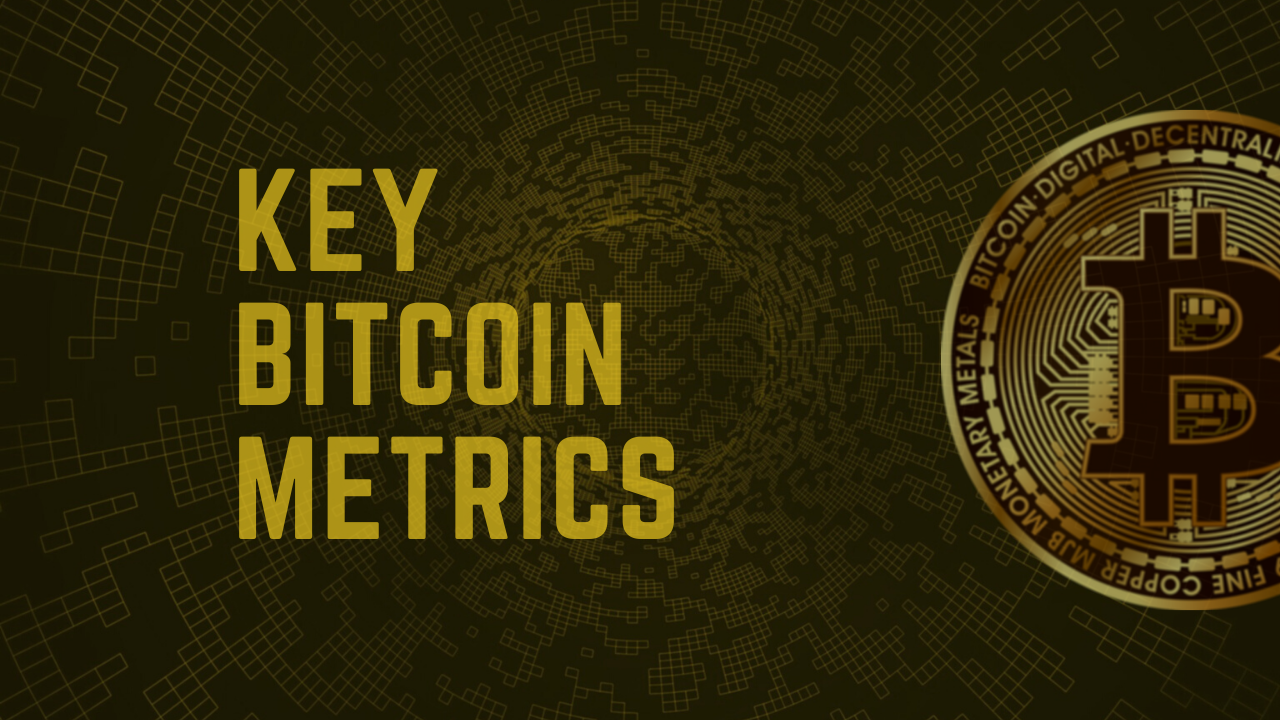 The data presented here is mostly gathered from the blockchains charts.

Here is the chart for the total number of Bitcoin wallets created. 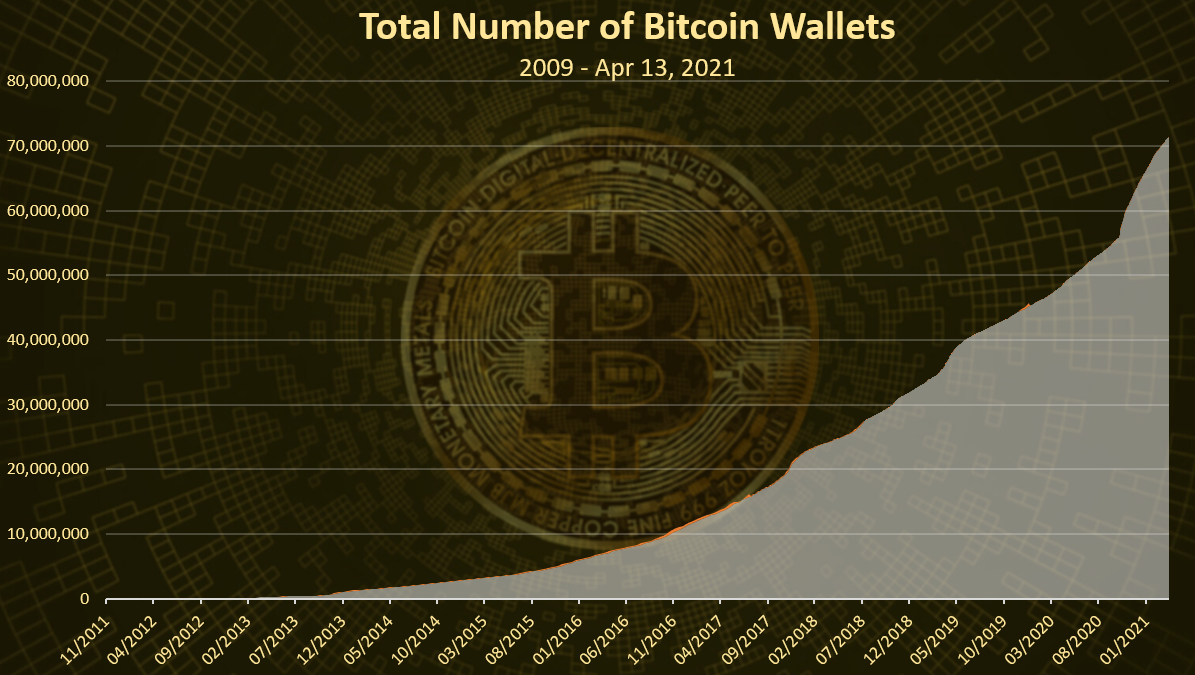 Bitcoin has around 71M wallets now. It just crossed the 70M mark adding almost 8M wallets in the first three months of 2021.

Here is the table for the numbers of new wallets created per year in the last five years.

Here is the chart for the more recent data on new Bitcoin wallets created per day. 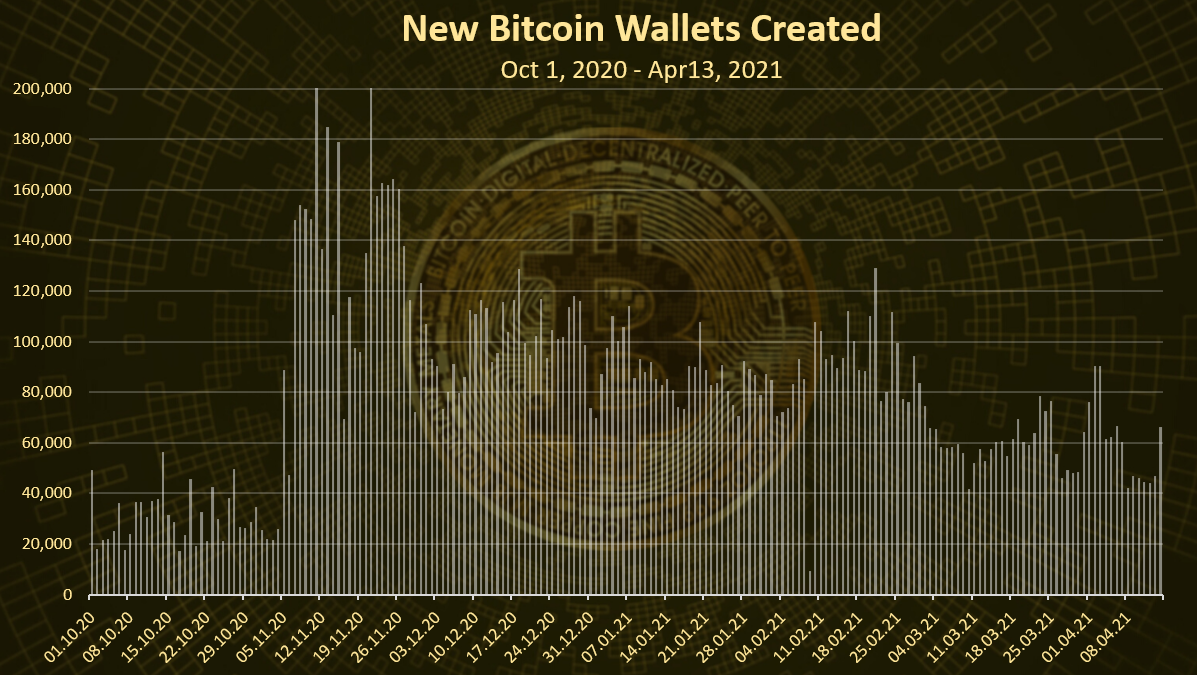 The price goes up, but the numbers of new wallets is not up a lot. This is now the case for the last six months. Is it just the institutions buying? Is retail still on the sidelines, or people just use custodian wallets? Cant really tell, but the number of new BTC wallets is not following the price action for now.

Obviously, a lot of wallets are created. But how many of the are being used?
Here is the chart. In the last period the number of active Bitcoin wallets has reached almost 900k per day. Getting close to 1M but still not an ATH in active wallets.

ATH in price, but not ATH in number of active wallets is another indicator that the price is driven by large accounts.

The ultimate Bitcoin value is the network stability and security. The network security in a proof of work chains is measured in hash rate, or how difficult is to mine. The bigger the completion, the higher the hash rate. 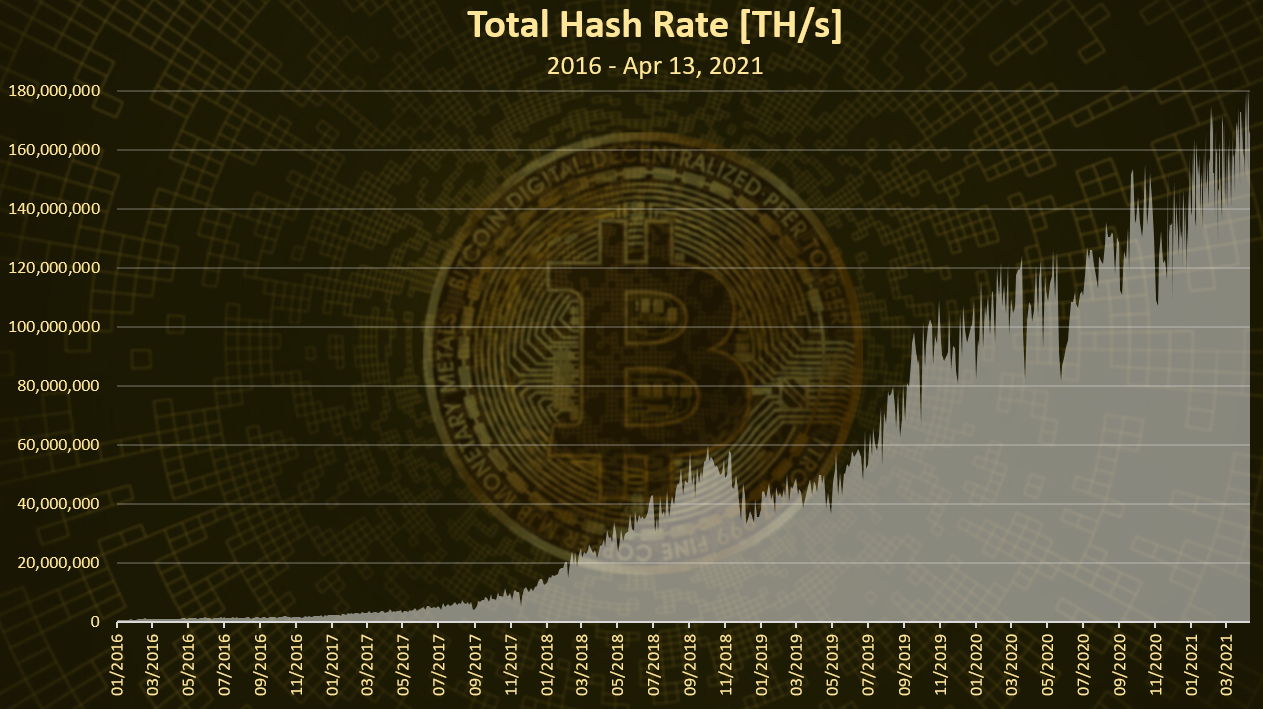 We can notice that the hash rate has started to grow more significantly in 2017 and its has been going up ever since with some small bumps on the road.

Unlike the price chart, the hash rate chart has been going up and up, reaching new records every year. This shows that no matter the price miners are confident in the long-term outcome for Bitcoin and have been mined and scaling there operations even trough the bear market.

The activity on the network is mostly represented by the number of daily transactions. A bit unpopular topic the fees. 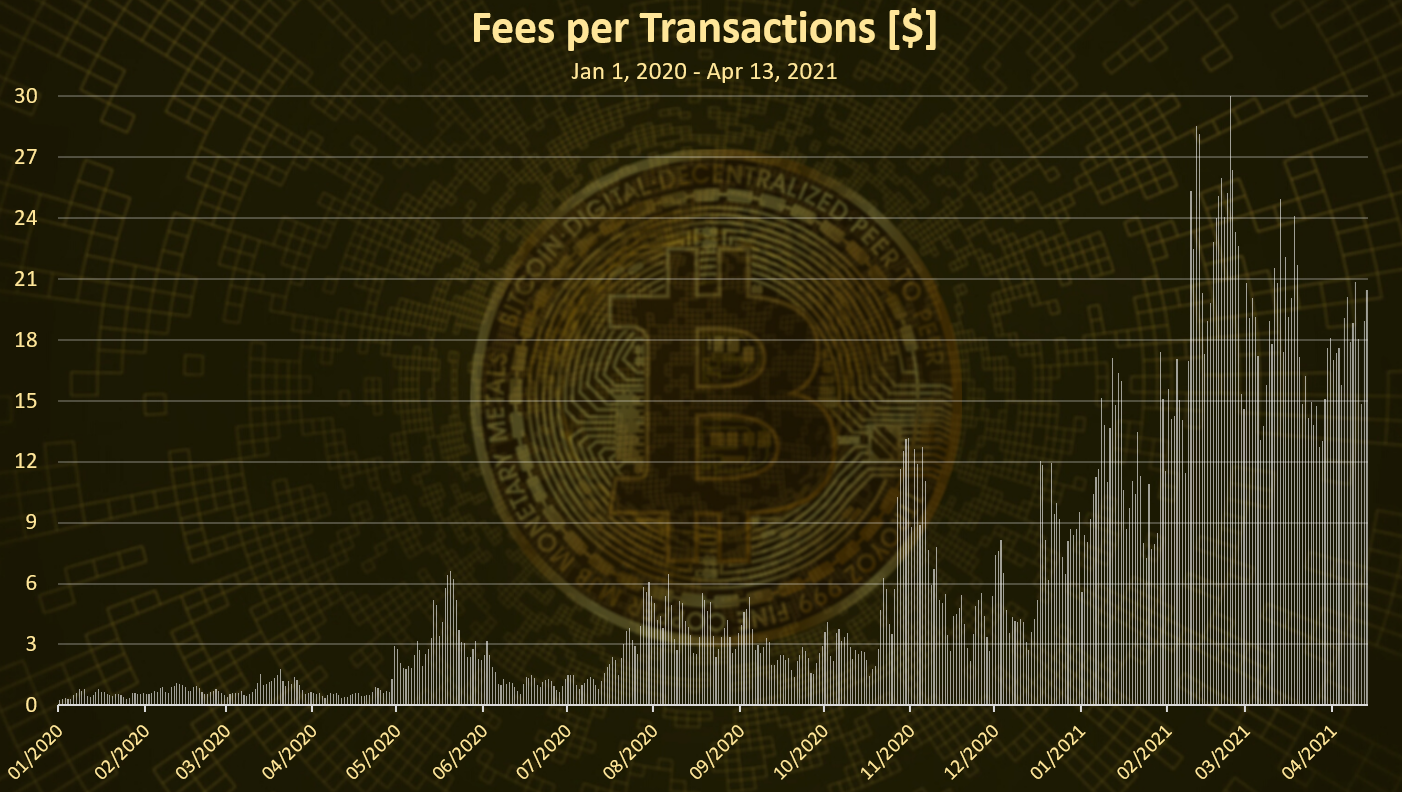 The fees have been going up (in terms of $) and it the last period they are in the range 15$ to 25$ per transaction. Still cheaper compared to ETH 😊. In most of 2020 the fees were in a range of a few dollars.

Overall a moderate increase in the numbers of new wallets and active wallets. The number of active wallets still haven surpassed the 2017 ATH and the same goes for the transactions as well. The hash rate is growing all the time and it has hit new ATH in the last days. The fees are increasing as well.

Its interesting to watch this data for Bitcoin. Ever since the start of the bull run, the only time we have seen some significant increase in the activity in terms of new wallets and transactions was back in November 2020. Since then, the numbers are steady.