FEI is a new and innovative stablecoin for defi as the funders call it. It tries a new spin and architecture for a stablecoin, that will be decentralized but not locking as much as capital as DAI, increasing capital efficiency.

The stablecoins arena in the crypto is quite an important one, as we are seeing all the different stablecoins keep growing in market cap. Stablecoins provide a much needed stablitly for the industry and are essential for crypto trading. Having some new interesting experiments is always welcomed and interesting to see how they play out. 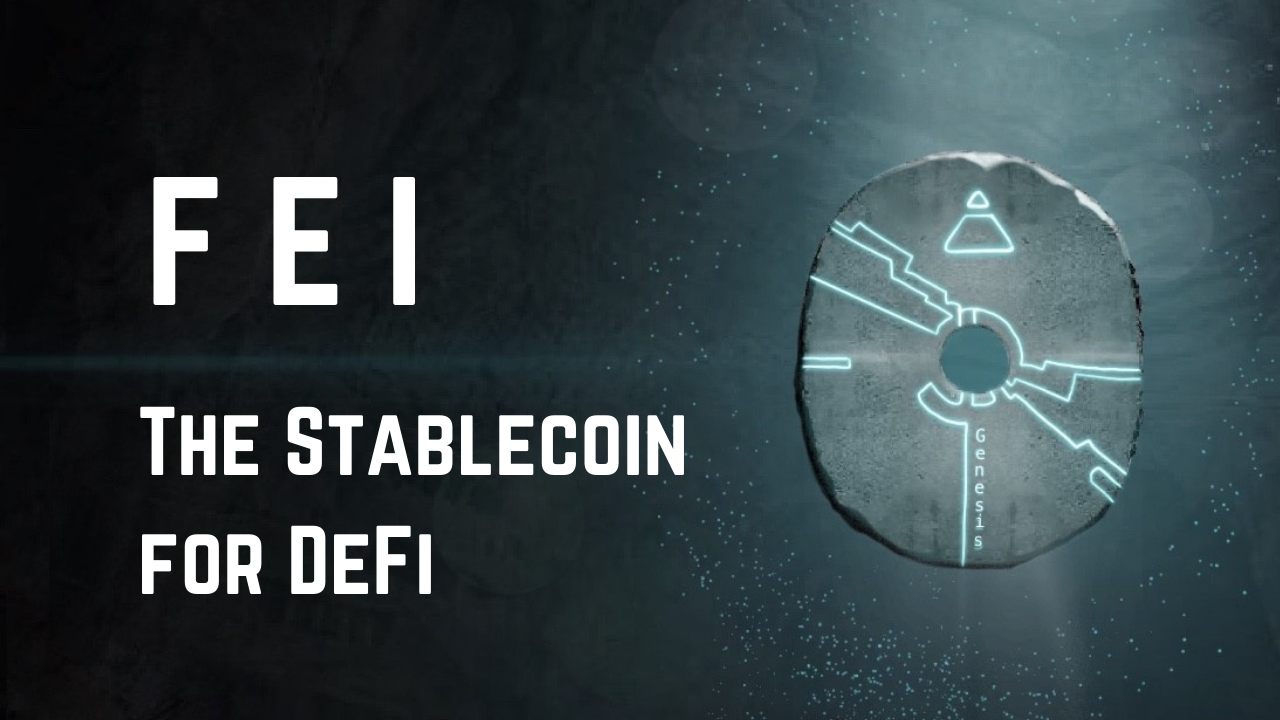 I have posted when FEI first launched a month ago A Look At FEI.

FEI claims that stablecoins have a lot of room for improvement. On one side we have the fiat-collateralized, centrally controlled tokens (USDT, USDC, BUSD), that have inherent risk of single point of failure and regulatory risks as well.
On the other side are the decentralized crypto options as DAI, which is capital inefficient, locking a lot of capital in, and just a fraction of it being used. The algorithmic stablecoins like BDO, are volatile and in favor of the earliest adopters.

A Reminder How FEI Works

A Stablecoin needs a lot of liquidity at the on dollar mark, buying and selling orders. It’s just a question how to achieve this.

What this means that if on some exchange/market, the price of FEI is above 1$, this is an opportunity for traders, to buy from the house and sell on that market, bringing the price down to 1$.

Here comes the direct incentives method.
The protocol uses penalty and rewards to incentivize the trading on Uniswap at the one dollar mark. What this means if the price of the token is under one dollar, when someone sells, they will be penalized and will receive smaller amounts for the sale. A share of the tokens is being burnt in the process.

At the same time if you buy when the value of the token is under one dollar you will be rewarded. Like if the price of the token is 0.8$ and you buy in, you will get more tokens from what you bought. This extra amount of tokens is minted from the protocol. These are not exact number just example.

A sort of carrot and a stick approach 😊.

To achieve the direct incentives mentioned above the FEI protocol uses something called protocol-controlled value PCV in short. It is their replacement of the Total Locked Value TVL.

Remember new FEI is only being created when someone buys it from the house for ETH. That ETH is then being locked in the PCV. When ETH is received from selling FEI, it mints the matching amount of FEI and instantly provides liquidity. Then the PCV is used to incentivize the pool on Uniswap, trying to balance it out and peg FEI to the dollar.

Now how successful has this new approach for stablecoin been?

Here is the chart for the FEI price: 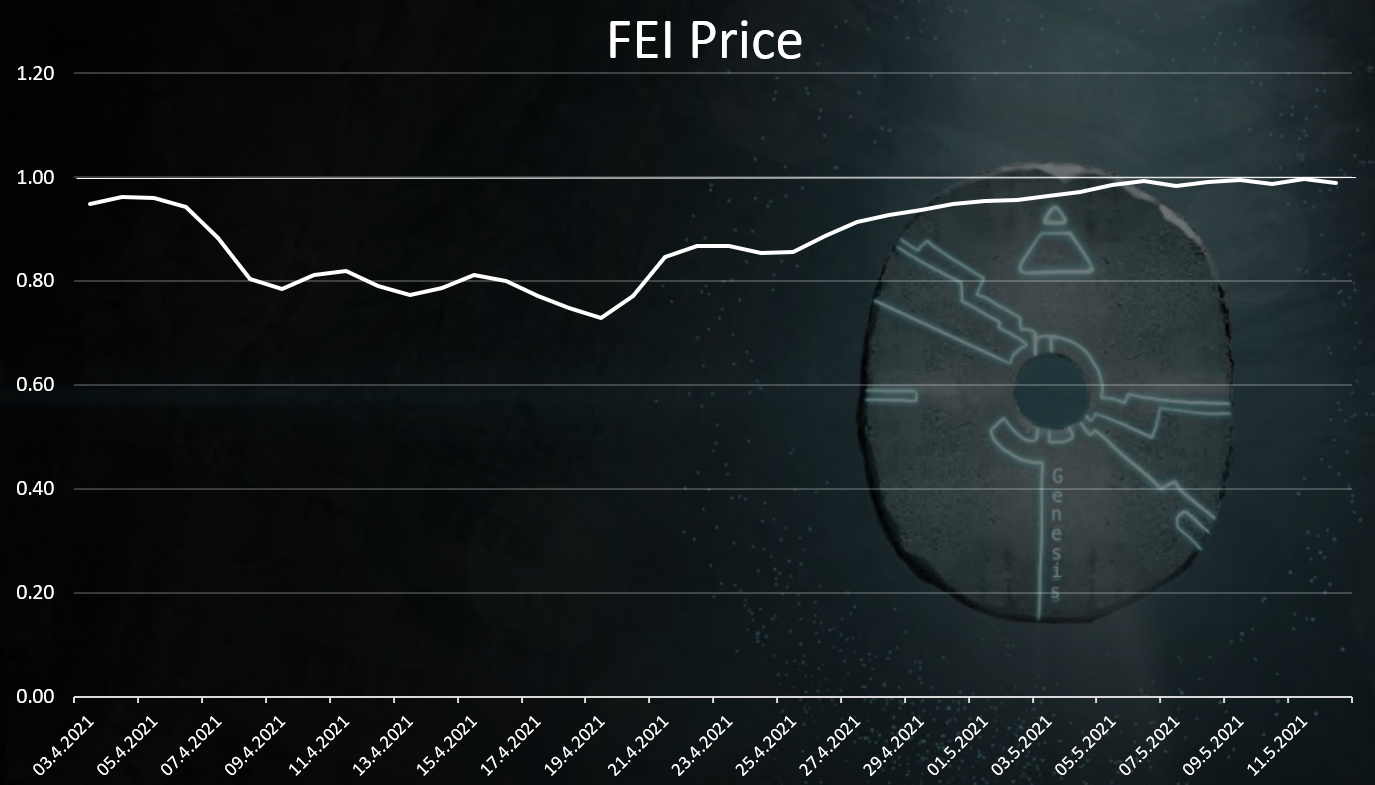 FEI has been around for a very short period of time. Just a more than a month.
We can notice that at the very beginning the price of FEI dropped. It has went as low as 0.7$. Not quite holding the peg.

There is a multiple reason for this, but one of the most important one probably was because at first FEI was sold to under a dollar as well, on a bonding curve. What most likely happened is that speculators for a quick profit jumped in a lot, and then most of them didn’t wanted to wait for FEI to reach one dollar and they sold under those levels.

But then as most of them exited and there were incentives in place with a value locked in the PCV that was backing those up the price slowly climbed and reached the one dollar peg.
At the moment of writing this, with a correction ongoing in the market FEI is holding around the 0.97 to 0.98 mark. So, not bad.

The primary purpose for FEI is to be used in the crypto industry, especially in the DeFi sector. It wants to create a more capital efficient decentralized stablecoin. To be used in the industry it needs to have a decent market cap.

Just as comparison DAI has a market cap of 4.5B in the moment. Although it needs to be noted that the DAI market cap is controlled by the MakerDAO protocol and the MAKER governance tokens holders and they put limits how much can be issued.

In the case of FEI there is no limits how much can be issued, as it is constantly being sold at the one dollar mark by the protocol. As long as there is interest from the market to create tokens the protocol will issue them. 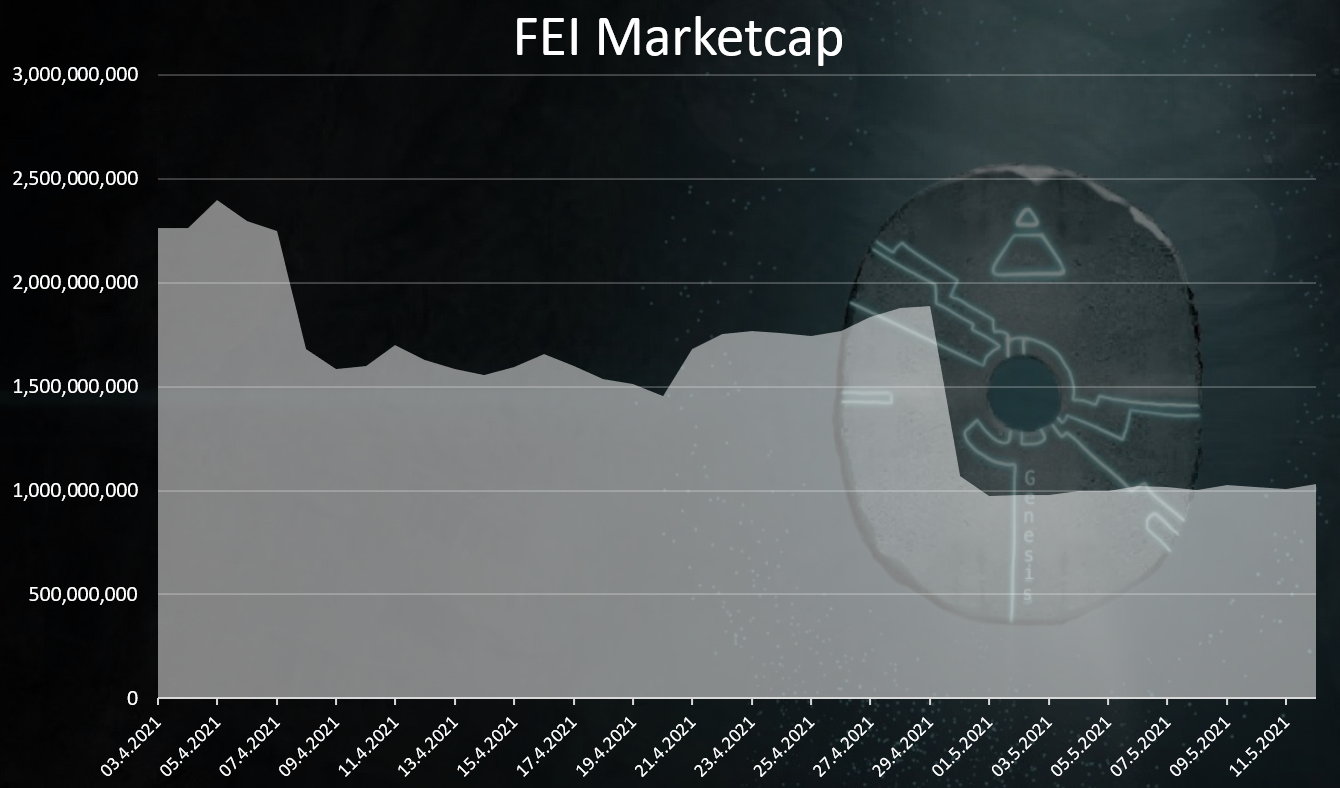 It is interesting that the FEI market cap has been actually declining in the same time as the price was increasing and reaching the dollar peg. This further confirms the speculators theory. The people that were in from the very start for the quick profit have been exiting the protocol in the previous month.
If the market cap continue to decline maybe this will be a sign that the overall interest in the protocol is going down, but it remains to be seen, as this is still a very young project.

As already mentioned I haven't seen FEI being used in any of the DeFi apps till now, except its own app. It is still very early for the project, and the foundations are just being set. It will take time for the protocol to prove it self, that it can keep the peg and then some of the other projects might start adopting it. Time will tell.

At the end a mention for HIVE and HBD. It is great to see experiments as the above. We can see how much value there is just in providing a capital efficient and reliable stablecoin. If HIVE manages to create a reliable stablecoin with HBD, HIVE will be acting as a governance token for the HBD and will gain a ton of value just from that function.

The DHF/DAO in the case of HIVE can act as a PCV controller, and the internal DEX on chain, HIVE-HBD as an incentivized market (Uniswap pool). Not sure how many of the Hivers are aware about the internal DEX and the fact that HIVE has one for five years. Long before Uniswap and everyone. It’s just not been incentivized in a proper way.
We need to put incentives for all the HIVE users on the DEX, and engage everyone, not just the DHF in maintaining the HBD price. The HIVE to HBD conversions in the next HF are a nice step in this direction, but maybe some more other options to be considered as incentives for LPs who will put liquidity on the pair, from the DHF etc.