Splinterlands keeps on building no matter the current market conditions. The more significant events from recently is the end of the SPS airdrop after one full year, then some tweaks in the rewards system, modern and wild format for battles, node licenses sales, etc.
The full roadmap for the game is here.

Let’s take a look at the numbers, how is the game doing? 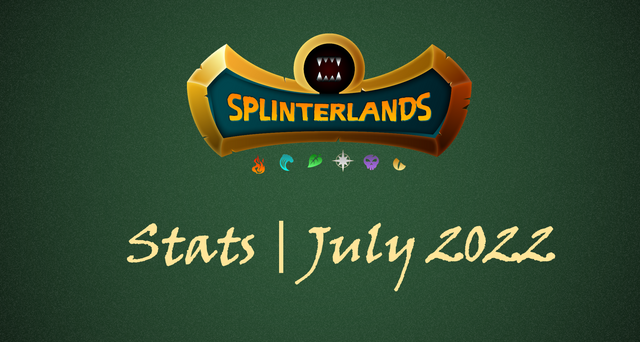 The data has been queried from the Splinterlands API in combination with the data from the Hive blockchain.

Transactions represent the overall activity in the game. Here is the chart. 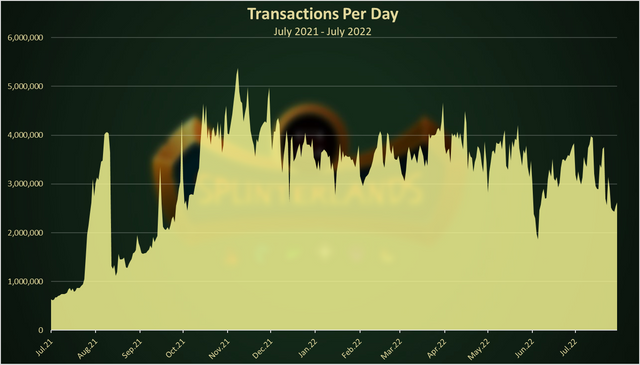 Here is the chart of the daily numbers of games played for the period. 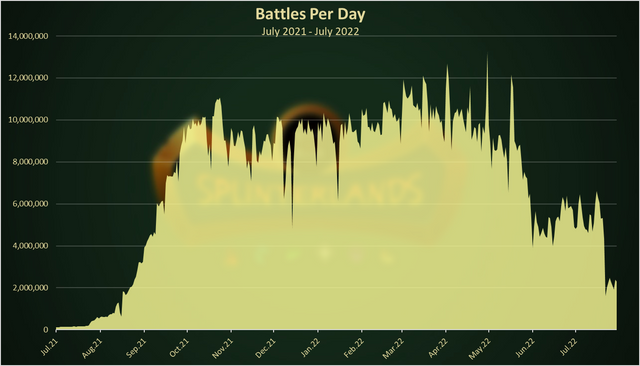 Here again we can see the explosive growth back in 2021. In the recent months the numbers of battles has dropped on two occasions. Once June and again in July 2022. This is again most likely because of reward system changes and some bots not playing anymore.
July 2022 started with around 5M battles per day and now is at 2.3M.

This is one of the most important metrics for every dApp, how many active users have there are. Here is a data for daily active users [DAU]. 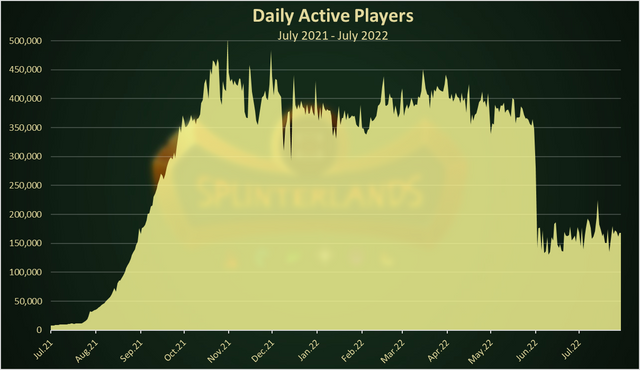 A similar chart as for the numbers of battles, only with the exceptions of that last drop. It means that the number of players stayed the same but they play less battles now. This is most likely because of the ECR changes that have bigger penalties when it drops below 50%.
A 170k DAUs on average in July 2022.

Here are the new Hive accounts created by Splinterlands. 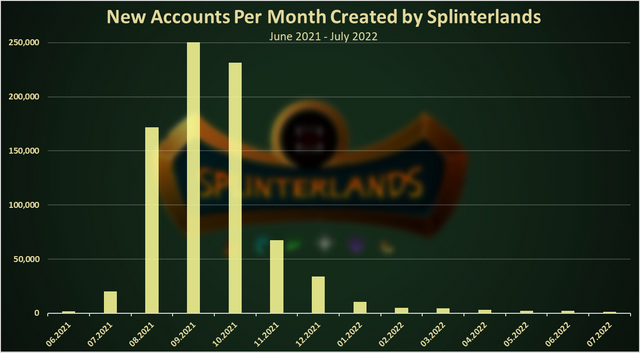 Note: These are Hive accounts created from the steemmonsters and the postpromoter account. There might be some other accounts creating additional Splinterlands accounts.

Another interesting metric is DEC supply. DEC is trying to be an in game stable coin for Splinterlands with a ratio of 1000 to 1$. On the downside this peg is tried to be maintained with the price of packs, where the Splinterlands game accepts DEC for a price of 4000 DEC per pack. On the upside since recently the team has introduced the possibility to burn SPS to created DEC if the price of DEC is above the peg, while burning SPS for DEC will give the fixed ratio. 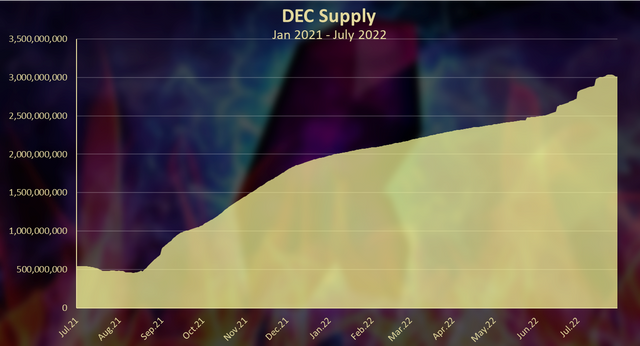 We can see that the DEC supply has been constantly growing starting from the second half of 2021. The supply has increased from 500M to more than 3B now. A X6 growth. This has been mostly because of the high price for DEC and the previous mechanics where the higher the price the more printing of DEC has been done.

At the end the price for the main token SPS. 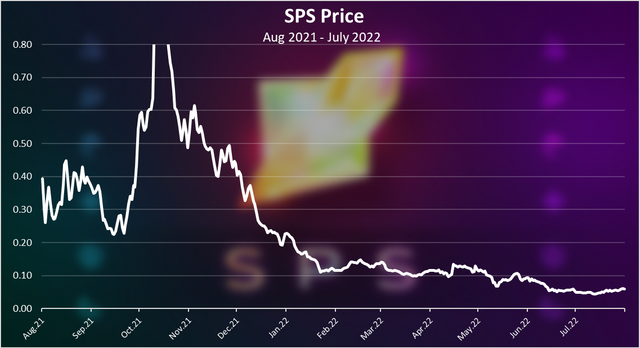 At start the price spiked to almost 1$ and then dropped to around 10 cents. It was around that price for the first half of 2022, but then in June it dropped further to a low of 4 cents.
We can notice that in the last weeks there is a slight uptrend for the price and now it is around 7 cents. The airdrop for SPS is now over, while more mechanics that require SPS will be introduced, and this might add pressure for the price. It remains to be seen how things will play out.

To have if the game goes back because it seems that it is a little down.

Things go up and down all the time :)
In crypto by a lot.

Thanks for this. Inhale, exhale. Breathe in; breathe out.
Hold your ground when the game's growing. Spread to new ground when it stabilises.

Thanks!
A usual up and downs in the crypto world :)
Good thing is we have been trough a lot of those.