Wrapping DEC | Data on DEC wrapped by date and accounts

There is a lot of things happening on Splinterlands now, especially the land presale. Some nice partnerships announced as well, like the Brave one.

DEC was officially listed on Uniswap on October 1, 2020 DEC is on Uniswap.

Let’s take a look at some data! 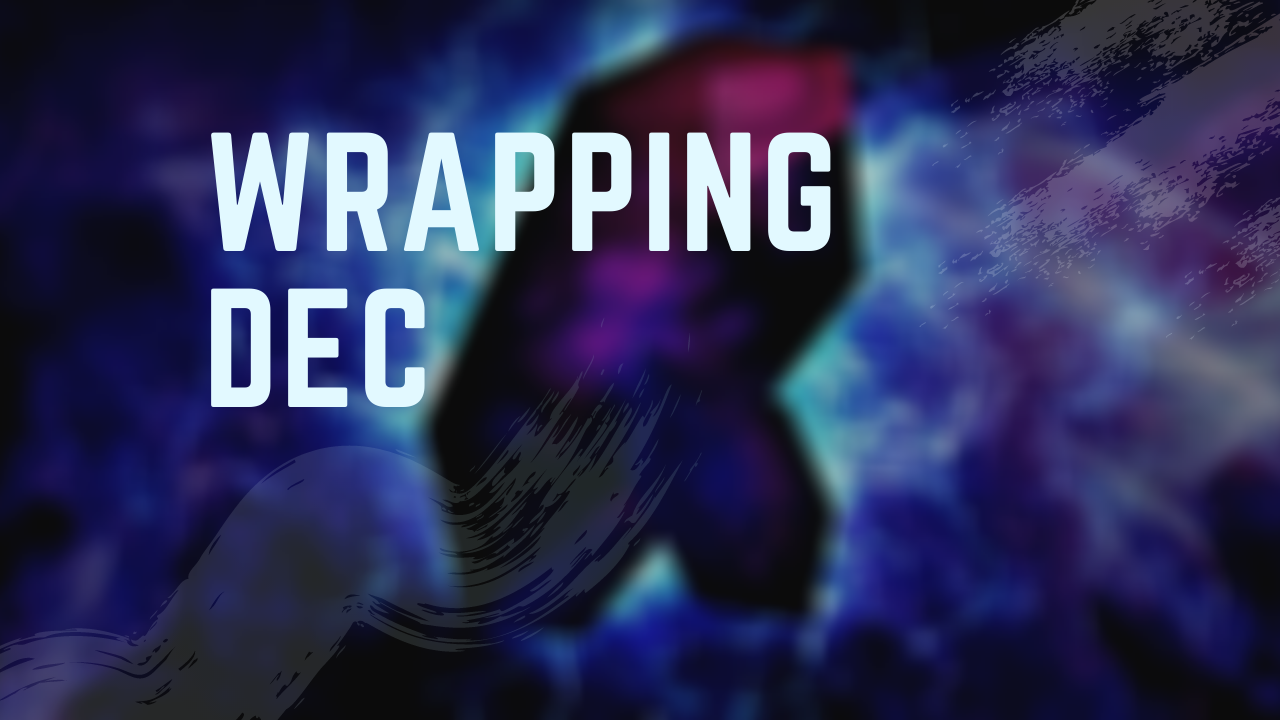 Having a token listed on Uniswap with a decent liquidity can do a lot for a project. We have already seen this in cases like WLEO. The DEC listing on Uniswap also contributed a lot for the DEC price as it has been increasing and maintain its peg.

At the moment there is around 280k USD in the liquidity pool for DEC on Uniswap. 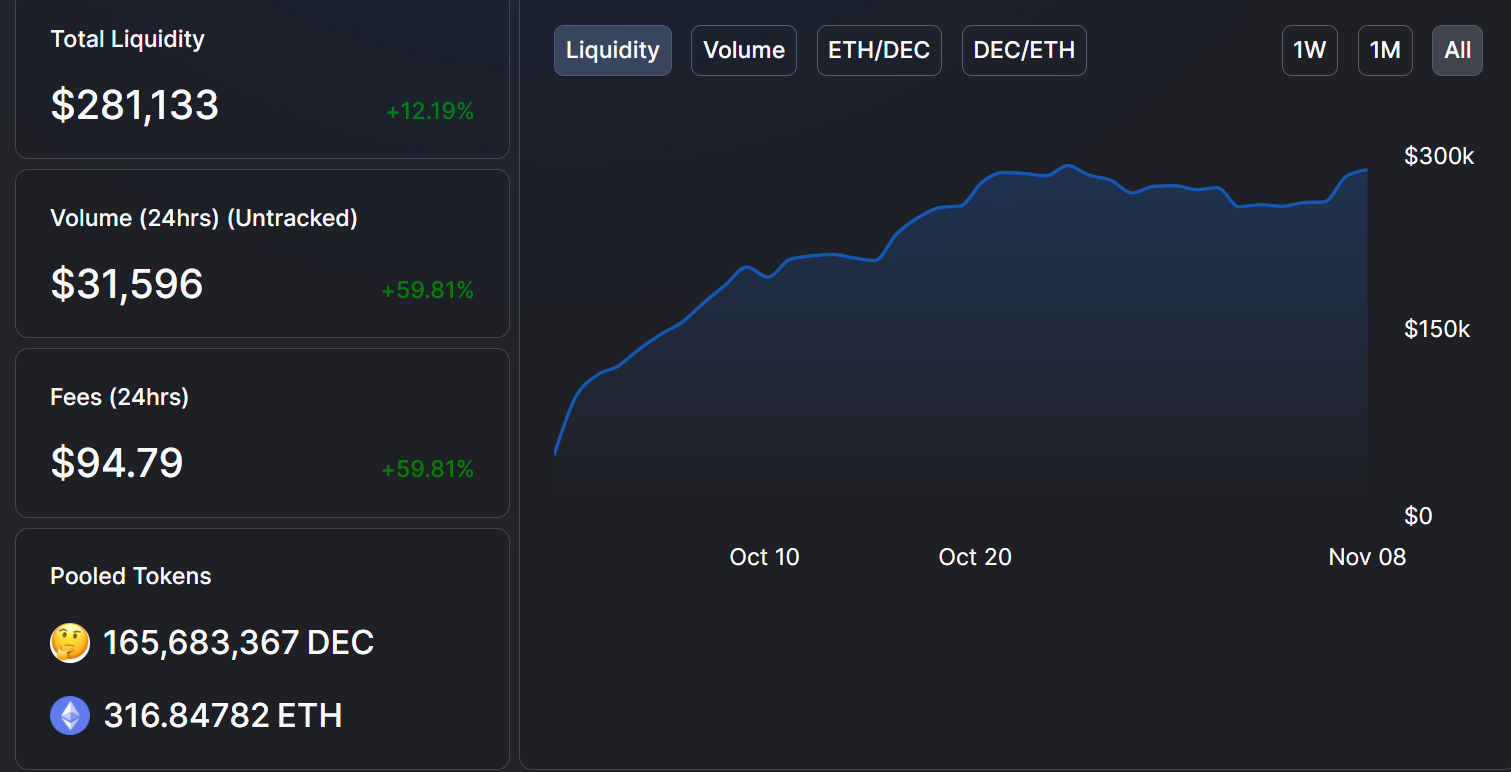 A total of 165M DEC in the liquidity pool.
The pool has been growing steadily up until October 25th. A drop afterwards and it went up again. Now have in mind the data above is an USD value so when ETH or DEC goes up or down so does the pool value. It doesn’t represent the amount of tokens in the pool.

Amount of wrapped/unwrapped DEC per day

Just a note on the wrapping DEC data. Wrapping DEC is basically transferring/depositing DEC on the Ethereum network. It does not mean that all the wrapped DEC ends up in the liquidity pool on Uniswap.

The following API from Splinterlands is used to collect the data:
https://game-api.splinterlands.com/players/balance_history?username=sl-eth&token_type=DEC

The API is limited to 100 data points. I have been pooling data on a regular basis from October 17, and don’t have the data before that. Would be nice if Splinterlands increase the data limits for the API 😊.

When someone is wrapping DEC from the game a transfer is made to the sl-eth account. The oposit happens when unwrapping. 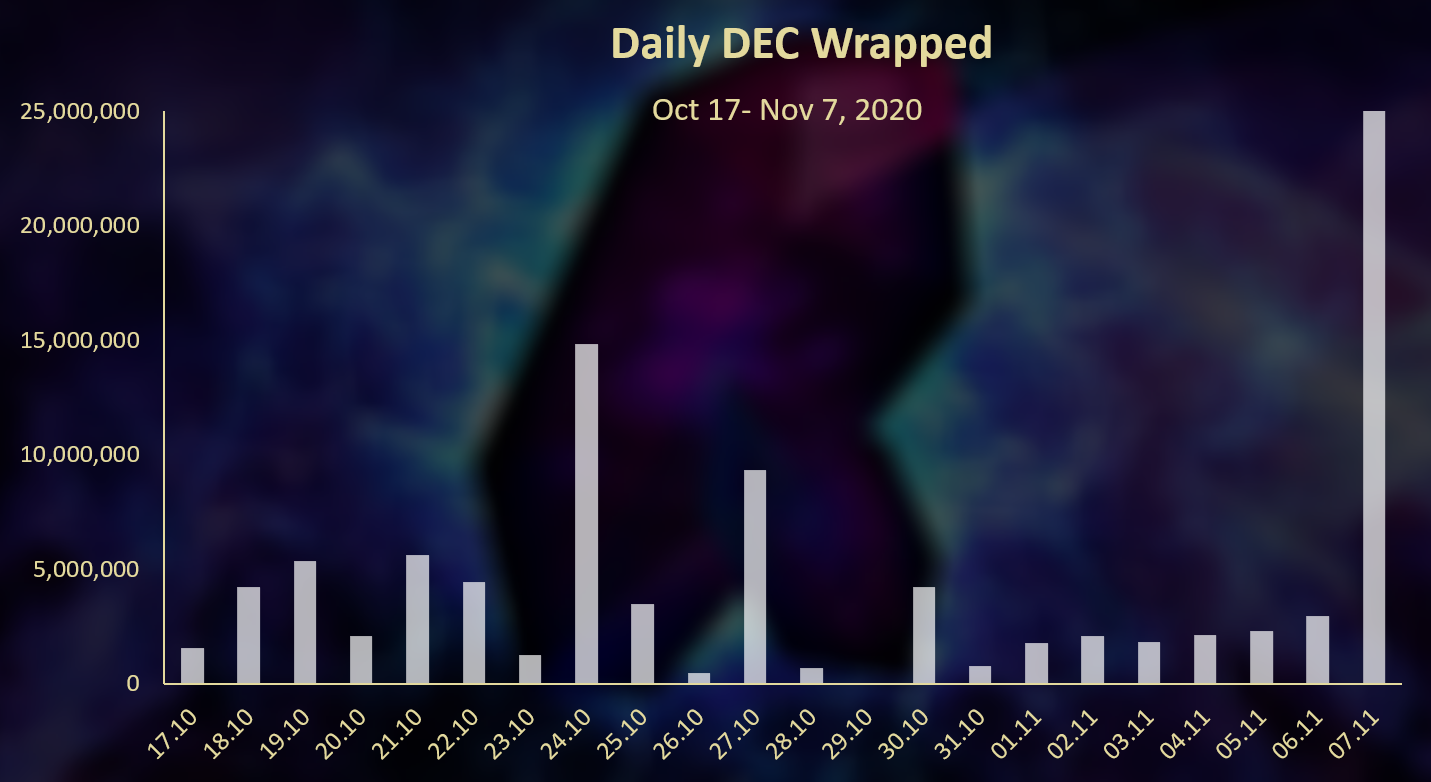 As we can see there are a few spikes in the period. 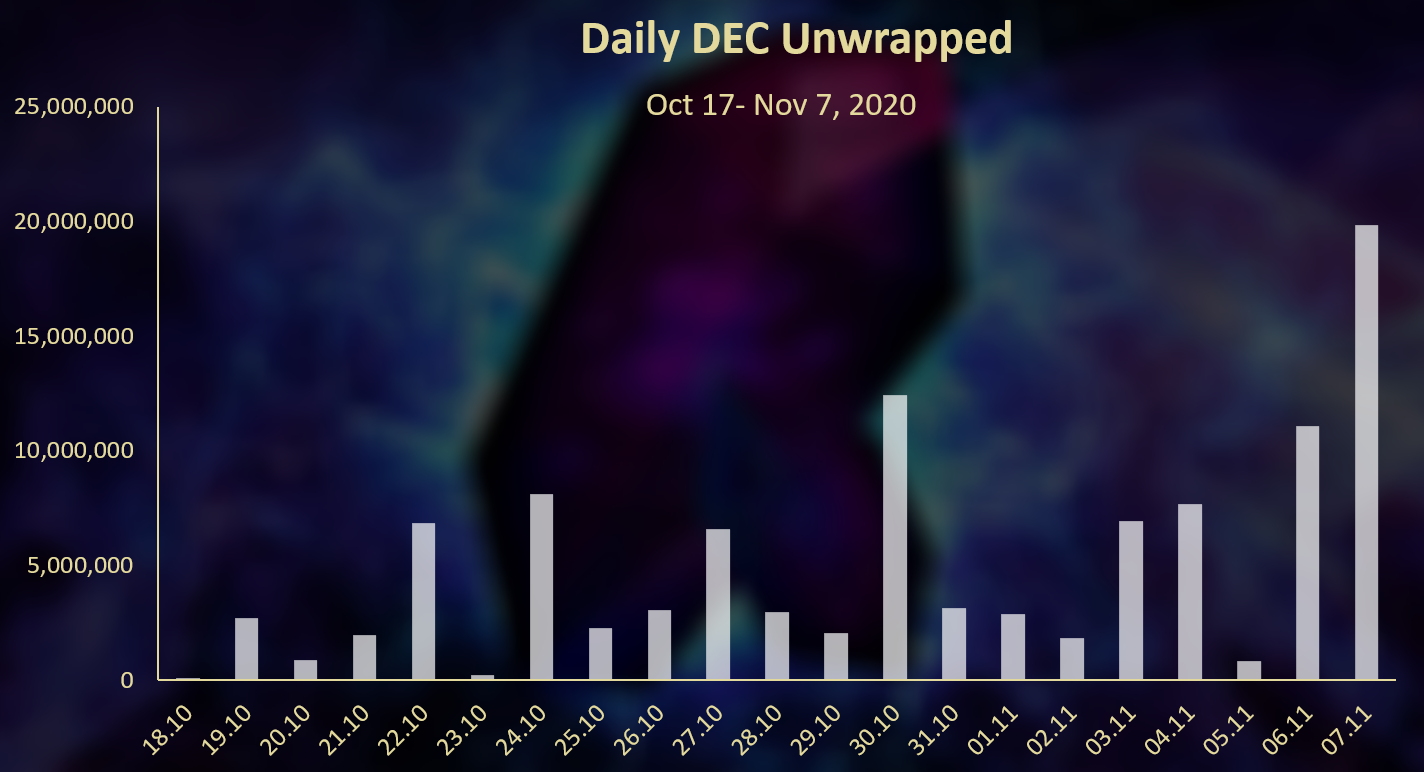 Interesting there is quite a significant amount of DEC unwrapped as well. This might be because of the land presale, but we can see some nice numbers even before the presale.

When we combine the wrapped and unwrapped DEC by date, we get this: 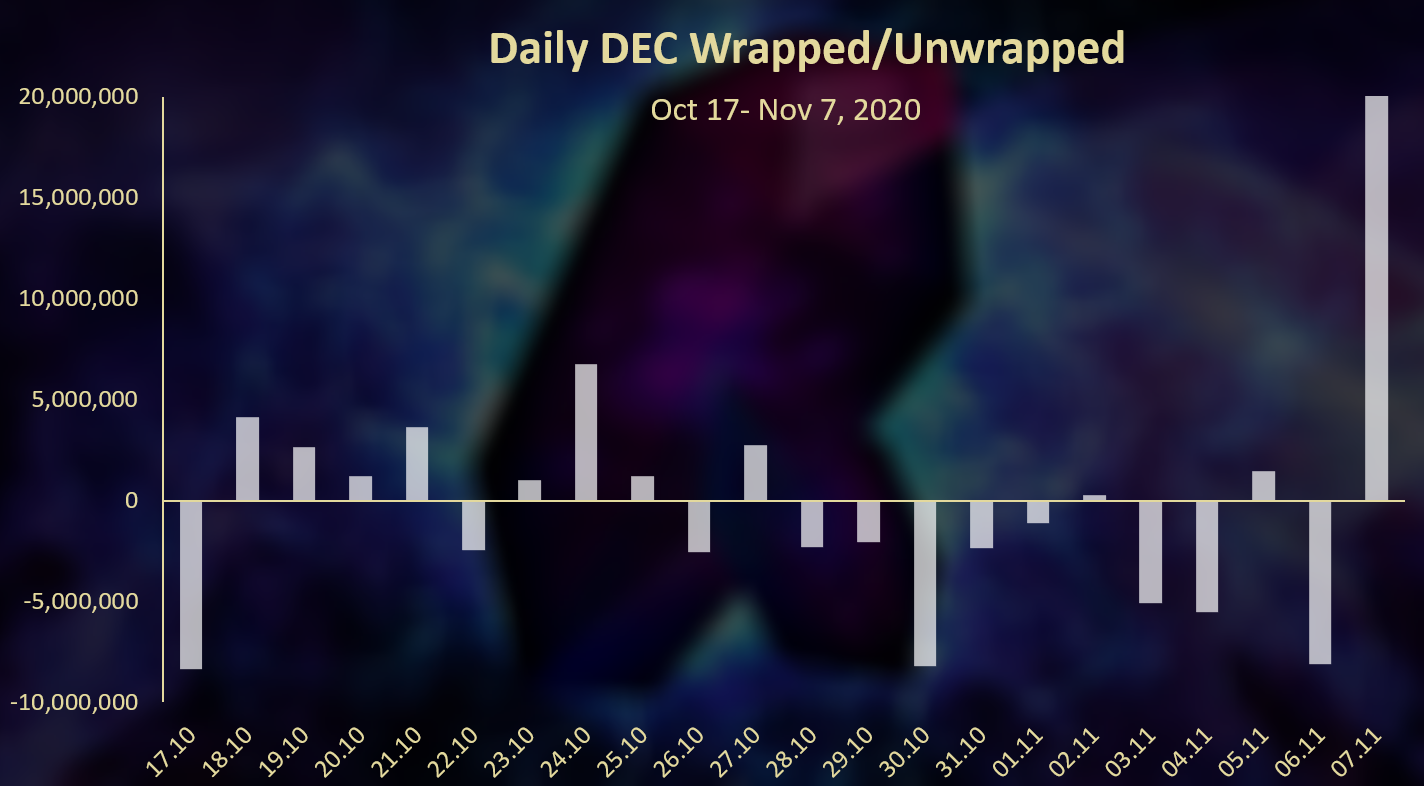 Who is doing most of the wrapping/unwrapping?

Here is the chart for the top accounts that wrapped DEC. 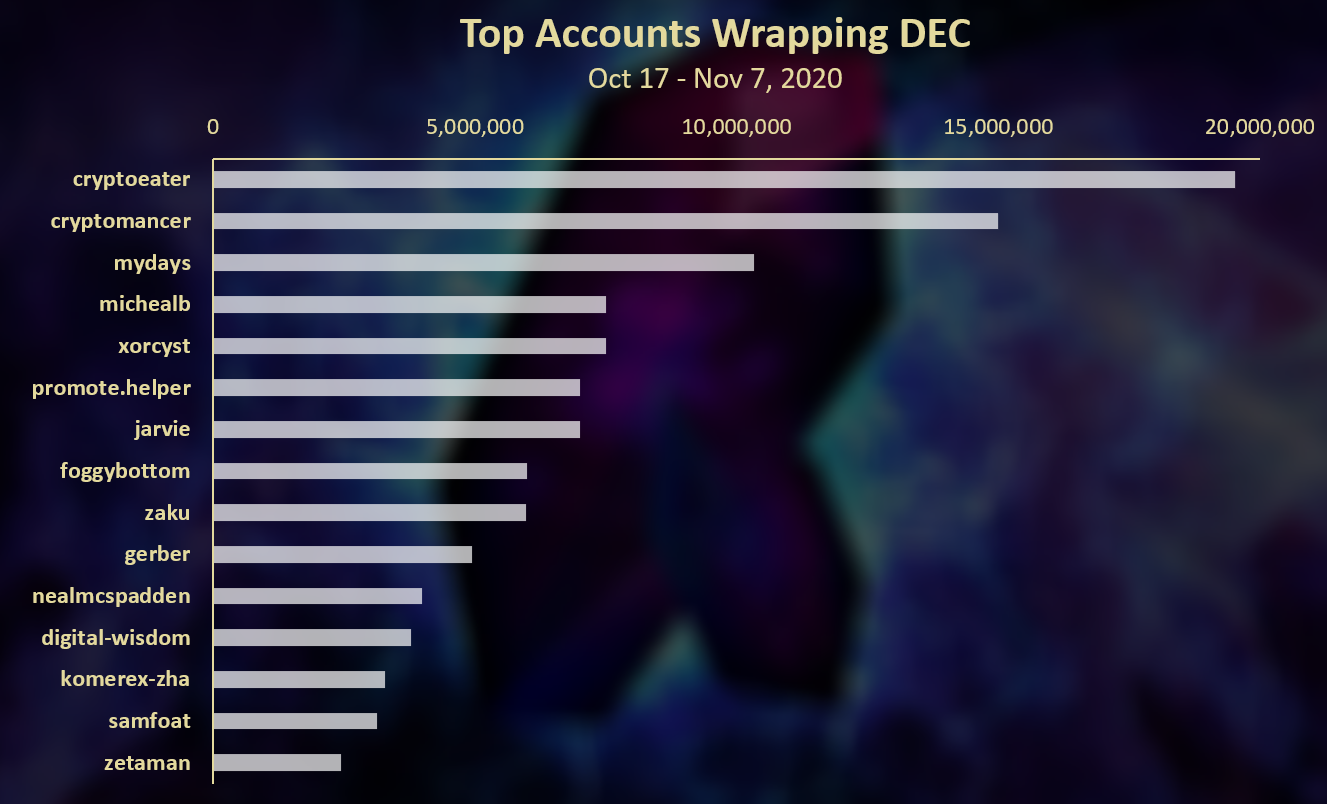 @cryptoeater is on the top with almost 20M DEC wrapped in the period, followed by @cryptomancer and @mydays
Have in mind the first days of since the WDEC launched are not calculated above, when most of the wrapping happened.

As already mentioned, it doesn’t mean that all the accounts above provided liquidity in the pool some are using the ETH-DEC pair just for trading. 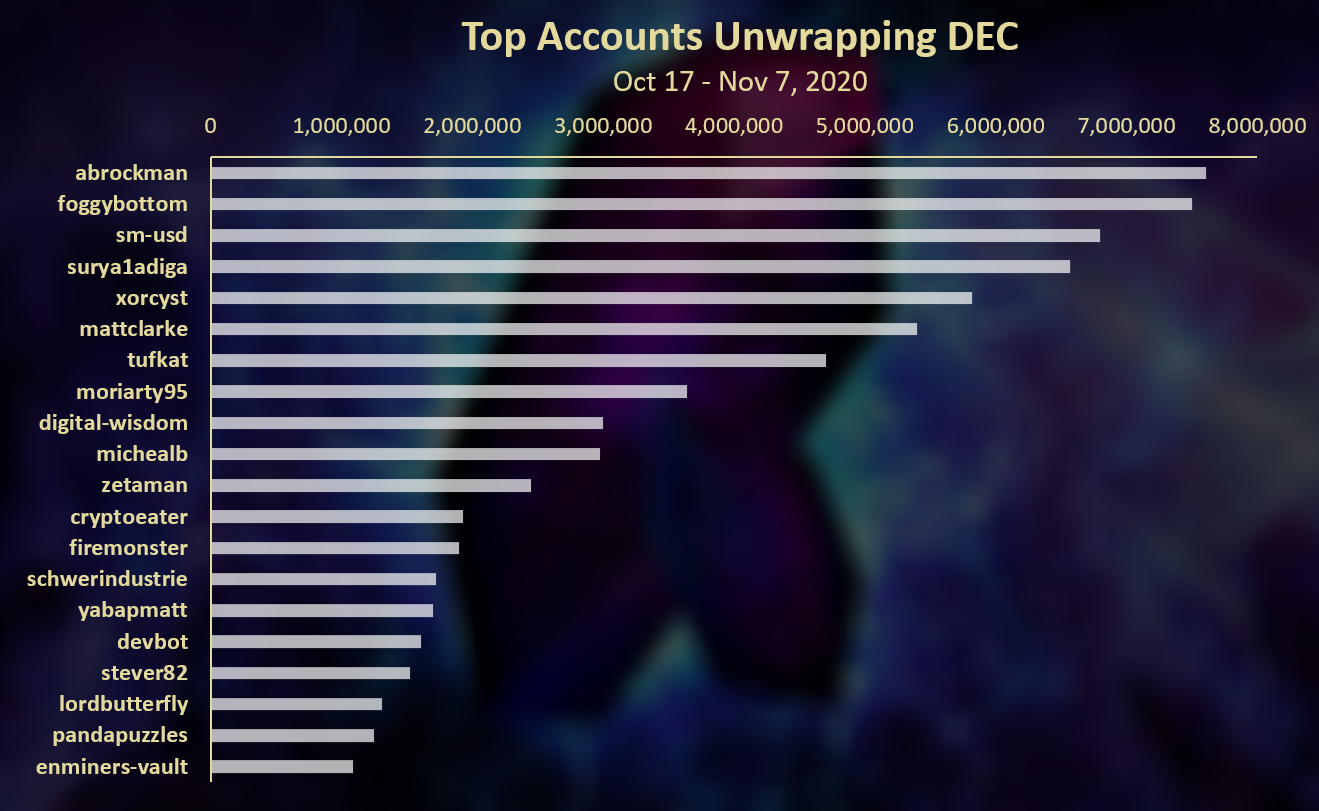 Overall, quite an activity on the wrapping/unwrapping DEC side of things. The Uniswap pool has given a great opportunity for some large trades to happen that otherwise would be hardly possible on Hive Engine. Also the liquidity incentive program that is running for the first 90 days is giving a nice result with 280k USD in the ETH-DEC pool that had a great impact on the DEC price and the game in general.

Obviously in the last period some have withdrawn the DEC from the pool most likely to participate in the land’s presale, and then went back again.