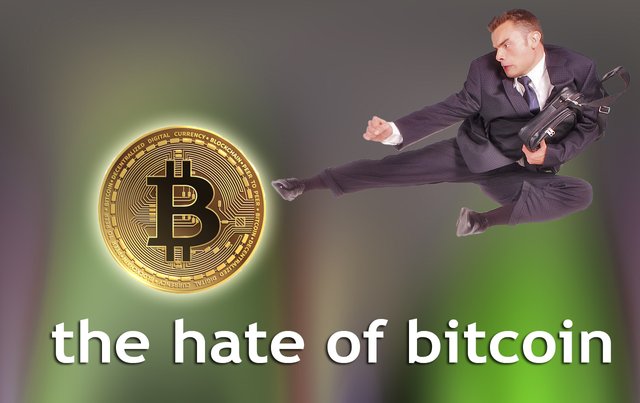 Recently we have seen how bitcoin takes off to exceed 20 thousand dollars. However, many still doubt its value as a currency and "discredit" it with their shovels.

I am very curious as something that has been on the market for more than 10 years, increasing its adoption organically, has so many enemies. Of course, if you tell me that those enemies are governments that bitcoin threatens their status quo, but what I have seen most is "economists" denigrating bitcoin.

These days the great Yutube suggested to me "unexpectedly" a video on the best ways to secure the coming crisis.

The title is very suggestive and perfect for me to open it. Everything that talks about the end of the dollar interests me: **The END OF THE DOLLAR IS COMING UP |👉 HOW CAN YOU PROTECT YOURSELF? |👉 4 INVESTMENT OPPORTUNITIES

Of course, one of the reasons for watching the video was to see how it would present bitcoin; but that never happened. The best way to protect yourself from the coming crisis was not mentioned by this "expert".

The channel. "The Art of Investing" has 328,000 subscribers at the time of writing this post and its description reads as follows

My name is Alejandro Estebaranz, I started as a private investor, then I dedicated myself to investing full time and finally I became a professional investor being the manager of the True Value fund (CNMV nº4683). This fund has more than 100 million euros under management and 8,500 participants. I studied Engineering, and I am co-founder and investment manager of True Value Investments SGIIC SA ( CNMV-275 ). In this channel you will learn everything you need

I am curious as someone like me, who knows little about investments, knows a better way to protect against the fall of the dollar and not only me, but many people who make life here in HIVE and who barely knew bitcoin this year, but already know the value it brings to society. 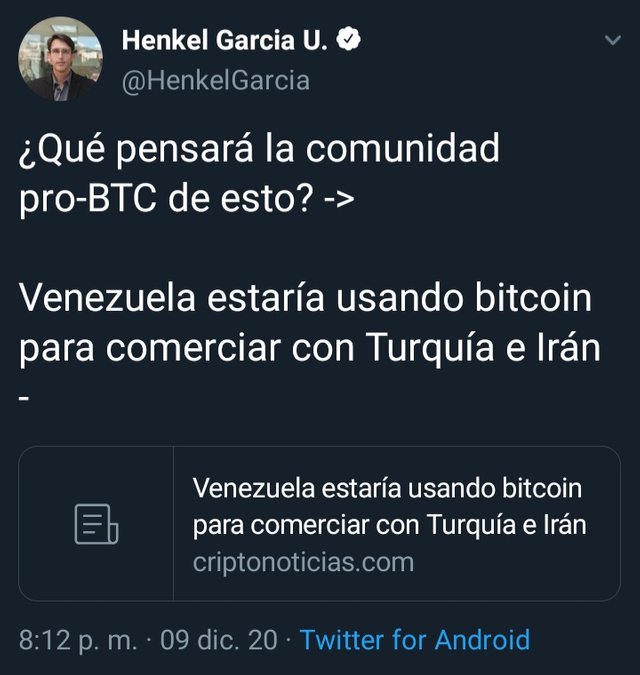 Another economist who always comes up on Twitter is Henkel García with 183,000 followers and who doesn't like bitcoin very much.

In this Twitt we can see that he argues his antipathy to bitcoin with an absurd logic. According to Henkel, if bitcoin is used for illegal activities, then it is bad and must be banned. Quite a statist exhibition.

The truth is that bitcoin came to us to free us precisely from that vision where the state can ban your money and that some economists are upset. These economists who studied in traditional universities with state influence, where education only aims to maintain the current system, full of regulations and political controls.

Bitcoin is free of all bureaucracy. It breaks with the traditional financial and educational system. That's why we, people who never studied the economics of that system, are a threat to its status quo, which in the case of these "Influencers" is their reputation, which they have built from the foundations of this traditional economic trickery.

We are certainly not talking about world-class economists and investors, but they influence the already dormant minds of thousands of people. They continue to force their system based on incongruities such as the one mentioned above; without responding in reverse, when the dollar is used for criminal acts.

In the end, they are supporting actions by the State, one that wants to sanction another and another that seeks to get rid of those sanctions. Both with money taken by force from their "taxpayers". But it is curious that the window to freedom of these struggles between governments, we have them in bitcoin and there are people who censor them and take the side of the State.

In this 2020 we have seen events that should make the anti-bitcoin gurus think. Large companies in the traditional market have acquired bitcoin for their clients. Grayscale and MicroStrategy for example. We also have Paypal, unthinkable a long time ago because of its very traditionalist cut. The announcement of the BBVBA to trade with BTC from January 1, 2020.

None of the above news are enough for these experts, who surely have not given themselves to the task of studying bitcoin, to recognize that there is a great value in Satoshi Nakamoto's invention.

Not to mention other Venezuelan "Influencers" from social networks, who have nothing to do with the economy but with humor and who this year have used bitcoin for their jokes; putting it as a reference as a scam.

For this topic I leave you an article in Cointelegraph

There are still many anti-bitcoins and I think they will never admit to being wrong. They are afraid to learn from scratch about this vicious technology, because they stick to the past of an oppressive system with currencies created to protect the state. The wiser ones are silent as they watch the institutional adoption of bitcoin. Also the fact that governments have not been able to ban it.

I think that we should forget these economists and listen more to the crypto-enthusiasts who are more and more up-to-date with this new economy that is generating changes in roles, where past references will remain with little audience; the one that refuses to wake up