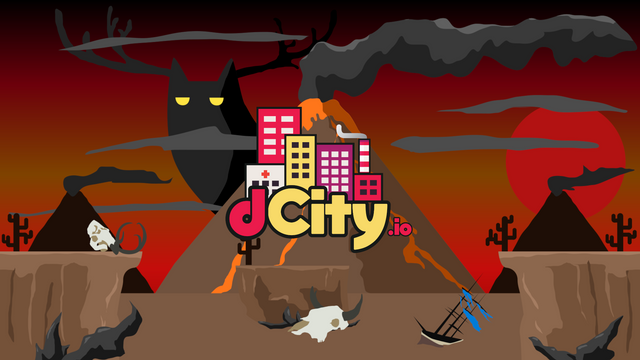 Dcity is mathematical and trading game based on non fungible tokens available on Hive-Engine. Players build they own cities with tokens representing buildings, citizens, technologies, and earn income in form of hive(based on ranking) and SIM token(based on city income). There are also cards that player can get only from playing game like technologies, backgrounds.

1st edition cards are not printed anymore, you can only buy them from players on the market.

Crime changes were activated.
Crime is an in-game random event that happens every 24h with probability based on number of people that live in your city and number of homeless and immigrants. Crime probability is refreshed every 24h during daily rewards distribution

When crime happens, your city can be robbed for 5% of the day's income(General Crime), or one of your Central Banks(1000)/Casinos(400)/Car Dealerships(300)/Banks(150)/Shopping Malls(75) gets robbed and you will lose some income (less SIM distributed to you).

Also Criminal cards will appear only in cities with 1000+ SIM income.

How to fight Crime:

Crime probability is based primarily on the population in your city. The number of homeless and immigrants in your city will have a minimal effect.

Crime probability is updated once every 24h during rewards distribution.

Buildings like Court, Police Station, Gym, and Cinema reduces the probability for crime. Police station and Court’s effect on crime is 5x better than Gym and Cinema.

Additional bonus from having activated prevention for riots, is increased effect of the police stations on crime