How to profit from Billions of Stablecoins 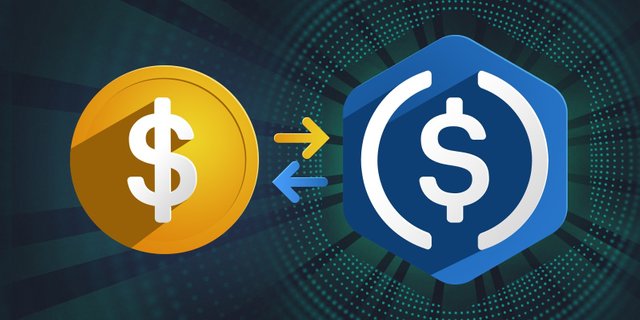 Stable Coins are one of the most misunderstood parts of the crypto ecosystem. Not only do they play a vital role in trading, but they actually provide a great level of freedom that individuals have never enjoyed before. And more over stable coins also provide a way for profit. Today i will explaining the main different Stable Coins namely USDT, USDC, DAI and USD. We will see which ones are centralized which ones are decentral which affect the market and which ones come with opportunities for people to make money.

Stable coin after becoming a big part of the crypto ecosystem as the biggest trading partner for most coins on most exchanges. And stable coins are some of the top 10 cryptocurrencies by market cap. this has certainly brought some major concerns with USDT other names Tether, because many people are worried if theaters are shut down or given government regulation to annihilation fear it will collapse the crypto market. So let's break down Stable projects main coins and watch which one has tokens associated with it. So USDT and USDC are both the largest Stable Coins by market and now both are selling in the top 10 at the time of making this post. They are both created and managed by a private centralize company and claim their tokens represent one United States dollar each fully backed by a United States dollar reserve.

USDC is based in the United States and has gone through some level of regulation as it is heavily linked to the Coinbase, so it’s positive they intend to go through all the regulatory approvals. This has become evident that USDC is a safe option and the company goes through regular external audits to show that they have funds that support tokens in tender circulation.

Tether or USDT on the other hand has become a company that seems to be surrounded by rumors and worries every year. It seems like we receive circulars the annual news about Tether that they don't have the collateral needed for all the tokens they print. Tether is a major trading partner and highly represented Binance. People on the Asian continent especially those from the trading area of China are the biggest players in the world. Big players Tether and USDC tokens that are in several blockchain including Ethereum, BSC, and Tron. Although the concern is quite strong about what will happen if the Tether is closed. I am not so worried about this. The chances are very small that Tether will be told to close by each governments in the world. It is true…if they collapse and are proven dishonest then it will cause the market price to bleed in the short term, but then it will soon be fixed as everyone will just have to switch to one of the many Stable Coins on offer. So it’s important to be vigilant and be careful because they are a centralized company but i don't think of this as a grim catastrophe that some people are making a fuss. This brings us to the more interesting part of this post and it's the more decentral Stable points which are the same as the other decentral project.

Of course we're talking about DAI made by MakerDAO and USD made by Terra Luna. Okay so at first DAI is a creative currency when you lock the collateral in a safe on the Oasis platform created and supported by MakerDAO. MakerDAO and DAI is one of the largest, oldest and original stable courses and most of it is decentral, fully managed and regulated by MKR token holders. So basically if you hold this MKR token, it's like you are a shareholder in the DAI central bank. And the Stable ecosystem of concerts grows then the rewards offered to you will be very attractive to individuals and investors as you have a voice in the process of developing the ecosystem. MKR is a token that needs to be held and DAI is now widely used in all pairs and on decentral exchanges and also many centralized exchanges and even more applications DEFI . This token is considered the most censorship resistant because the collateral backing it is not held by a single bank or a single company but rather based on deposits of crypto assets from individual users.

Now there is Tera Luna and Luna tokens which are probably the most recent and warmest in the world stable coin. Basically when you want to print a USD then you need to soft and burn Luna Luna will burn and USD will replace it when you want you to ask again then you have to burn the USD and then the newly minted Luna. This proposition is very attractive to the Stable coin market as around 75% of all Lunas are locked for stacking. There is not much available on the exchange, so with such a small supply of tokens for need to print stable coins and the need for decentralized Stable coin continues to rise, so this means that it is a solid thing for the Tera Luna ecosystem. So with these big players who are getting more established and showing their legitimacy in various levels and levels the risk, that will occur is that this gives people much more a lot of freedom to be able to send money across borders and to hold their own funds in a crypto wallet. This all without needing to rely on banks and not needing to be limited by the expensive fees that payment processors ask us when we want to transfer money across borders.

So much uncertainty in today's great world we can also see that people can take control of wealth and trade crypto using the power of blockchain and when the time comes to sell their crypto they don't have to actually disburse financial fiat funds and get taxed on all the profits the big one, if you want cash in your local country where you live. This freedom also provides a great opportunity for investors to hold the collateral and governance tokens that control the Stable Coins.

So this is certainly something every investor in the crypto realm needs to pay attention to as this will only be more and bigger as long as people no longer want to depend on outside companies and institutions controlling the space and where their wealth is stored.