Do You Know About D-Social? 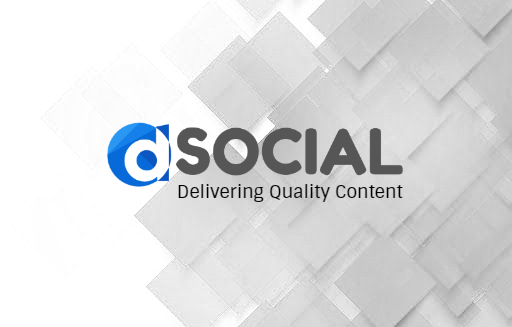 We're very happy to launch our newly developed tribe "D-Social ( https://www.d-social.com )" on Steem Blockchain. D-Social is a tribe where everyone is welcome to share their valuable content to the community and earn DSL Tokens as reward. The tribe has set #dsocial tag for posting content on the platform.

The Aim of the tribe is to deliver Good content to others. We welcome everyone with every type of content but strictly don't allow Poor Quality, Plagiarism, Copy-Paste or NSFW content on the platform.

Tribe allow everyone to earn rewards of DSL tokens by creating and curating content or by delegating Steem/Hive power to @d-social.
We've set low token supply distribution with Payout Distribution of 45% author reward, 45% curator reward and 10% will be burn.

Delegate your Steem/Hive Power to @d-social to earn daily DSL Tokens payout. We will reward every 100 SP/HP delegation with 1 DSL Token. All of the payouts will be transfer weekly because it manual at the time.
The procedure is simple:

For More Details Please Join Us on Discord
https://discord.gg/SX4rnqzR2y