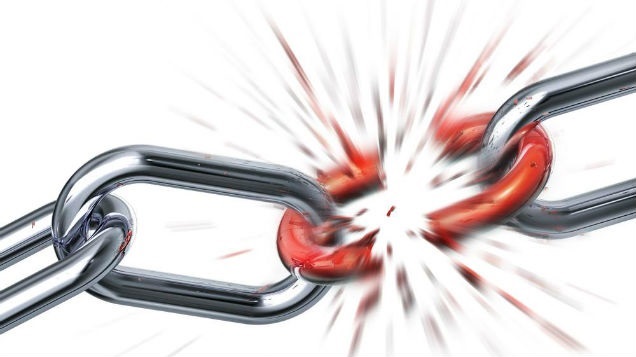 As the FTX contagion continues to spread we've been hit with a lot of bad news. Many other businesses going down with the ship... including something called Genesis, which is yet another one that I know very little about but apparently is a big deal. While all these cascading liquidations are going on, the FTX 'hacker' is dumping ETH into BTC and splitting the money up into over a dozen accounts. All this uncertainty puts unsurprising downward pressure on the price.

However, given all the FUD and panic going around, Bitcoin is quietly doing something that it's never really done before. We are scraping the absolute rock bottom of this market and no one really seems to take notice or care. The tiniest of dips in the market causes volume to absolutely skyrocket out of control.

Take yesterday for example, price was down 3%, volume was up x4. Truly this is something that we've never seen before. Usually to get those kinds of numbers we'd expect the dump to be something like 15%-20%. Very small dips in the market are incentivizing huge buys.

The amount of wealth transfer going on in crypto is enormous. A lot of the speculators dumping today are not calling it quits, but rather trying to enter back at a lower level due to the whole FTX debacle. This puts Bitcoin and crypto at large in a situation where a ton of money is being stored on the outside of these networks waiting to jump in. All of the signals we are seeing point to a lot of dry powder waiting for the right time to buy back in.

This puts us in a safer place no matter what happens. If this is the bottom, the dry powder will be forced to take the loss and buy back in on the way up. If new bottoms are yet to be forged then the support at those bottoms will be even stronger. This is what I mean when I say we're at rock-bottom levels. 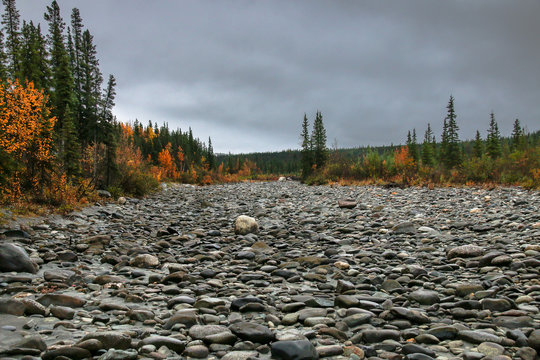 Have you ever dug a hole in the ground and then after say two feet you hit rocks? The topsoil is easy to get through, but once we hit rocks it gets much much harder to deepen the hole. This is where crypto is at right now. Sure, the hole can be dug deeper, but the effort required to do so is astronomically greater than it was before.

The FUDsters out in today's market are like children thinking we can dig the hole all the way to China. Yeah, not gonna happen. Everyone wants to buy at $10k, which is why it will never happen. The much more reasonable bearish target in this moment is $14k, but as we can see, even a dip to the local low spins up volume to the maximum. Strong hands are buying these bottoms and weak hands still think they can get a better deal a few months down the line. They might be right, but is it worth it?

We all know how quickly sentiment can change. A market this oversold can turn on a dime. Whispers from the FED about easy money could completely shift momentum at any time. The next meeting will be mid-December, and it will be quite interesting to see what they have to say in the wake of all non-essential products (especially tech) going on sale for Christmas and lowing the perceived "inflation" metrics.

Many are looking to the 2018 bear market for guidance, and making the claim that will be be stuck in a sideways crabwalk for quite some time. I'd say that's pretty flawed logic considering that even in 2018 we crashed to the lows in November and then ended up transitioning into an x3 bull run once summer arrived. A lot of the talk cycling around doesn't seem to be so much a solid prediction rather than mentally preparing for the potentially worst-case scenarios.

Fly in the ointment

The stock market still looks like it could crash another 15%-20%, and if BTC were to mirror a dump like that it would put us around $13k. Luckily, there have been multiple signs that signal that Bitcoin is decoupling from the stock market in a big way, so it's not guaranteed to be in lockstep. Still, we'd have to assume that if stonks dive 20%, Bitcoin will lose at least another 5%, as it would be shocking to avoid the entire brunt of collateral damage on that front.

But stocks are just like crypto in terms of dry powder being sidelined waiting to jump in. They all know the mantra: "Don't fight the FED." How many are waiting not-so patiently for the FED to end tightening so they can dive right back in? I'm guessing it's quite a bit.

And then there is the fiat side of the equation as well. No one wants to hold fiat because "inflation" is devaluing it, but where else is there to hide when the value of all assets tumble during economic recession? Seems like these days the only fiat currency anyone can count on is USD (and maybe the Ruble) to maintain their value. Everything else has been getting absolutely shredded. Such events only exacerbate the global dollar shortage and the lack of pristine collateral required for banks to safely give out loans during such uncertain times.

It wasn't that long ago that getting a credit card offer with an APR of 16%-18% was a BAD DEAL. Now the bad-deal APR has skyrocketed to 25%+. It's never been more certain than ever that this is a terrible loaning environment for banks. They simply can't trust that people will pay back the loans. People as collateral (credit scores) are failing within this broken economy.

For crypto, these dynamics create the weirdest push and pull scenarios. On the one hand, crypto only has value because the legacy system is failing. On the other hand, when the legacy systems fail crypto takes a hit in the short term because many projects were piggybacking off of the WEB2 logic as a shortcut. Unfortunately, there are no long-term shortcuts for crypto. The only networks that survive will be the ones that build from the ground up and eventually cut off their toxic ties from the old system. This is a long and arduous process that happens very slowly, but we can see it happening from bear market to bear market. Just think about how far DEFI and DEX tech have come since 2018. It's a completely different environment now. 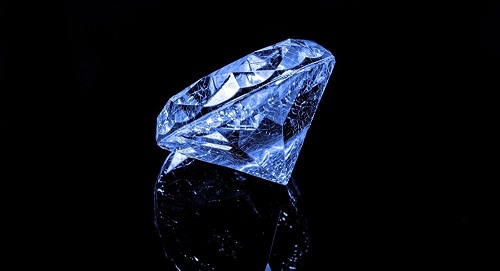 Rock-bottom levels in crypto continue to be confirmed with massive volume on the smallest of dips. Every $1000 (and maybe even $500) change in price for Bitcoin ushers in another massive support level with bulls coming out of the woodwork to buy the discounted coins being sloshed around. We've never seen a transference of wealth like this before, and those who can still remember our last bear market will note that it wasn't like this at all. Volume and price were flatlining for months on end. The final dip didn't happen because of some systemic failure, but simply because speculators sold the resistance line on technical analysis. Also worth noting that it crashed TO the doubling curve, which is now almost up to $50k these days.

Hive is surprisingly taking all of this quite well. But then again we already had our make or break moment. It seems quite unlikely that we'd be put into another crypto winter for three years like we suffered before in 2018/2019/2020. We've freed ourselves from the clutches of a toxic foundation trying to bleed us dry. But you never know; stack some BTC just in case, yeah?

Suffering a bear market is never easy, but that's when all the diamonds get forged. We can all see that devs are not taking a break, and if anything are working even harder than before to secure the future. Keep stacking. It's always darkest before the dawn.

The bear market might continue as there isn't liquidity or willingness to put it into the crypto. At least for now after the FTX scary movie.

Gideon: "The FTX collapse is directly related to CSRQ. Those involved, such as Sam Bankman-Fried, are going to have a high rank among Sovereigns, but you have to understand he was more of a front man, and there are much more powerful people who used him and FTX to engage in this theft. They simply stole Billions in crypto and sent it into CSRQ and converted it to USDR. This will keep happening because they all want as much USDR as they can get."

And here I am, who never heard of FTX before all this circus...🤷‍♂️

Yeah I casually ignored it in 2020 because why would I trust a new exchange?

Crypto needs to wise the fuck up and stop idolizing personalities. It's like suddenly the world trusts shady used car salesman. Of course it'll drive off the lot and down the road. From there, you're screwed. Musk says Doge; people are like duh yeah doge moon! I know it's not fashionable to blame ourselves and much easier to point fingers but holy fuck people, get a handle on things already. And yes I know I know. Saying that solves nothing.

So many crypto cult leaders out there, past and present. Easy to spot. Most inside a cult have no clue they're in a cult. How many more cliffs must people be steered over before they figure this out.

Someone wants to steer anyone over a cliff here, only they fall.

Crypto needs to wise the fuck up and stop idolizing personalities

People like that are what allow the more internally screwed up ones blend in easier.

all for the memes

It must be frustrating for all those fiat-pushers that it takes 16K of their "legitimate" currency to purchase ONE BITCOIN and that's "rock bottom".

Keep stacking. It's always darkest before the dawn.

Many good opportunities out there, especially now.

indeed, volume is through the roof; I made a post about 12k which I do think is a possibility

It would certainly be foolish to make the claim that a 25% dip is impossible.

However, I do think Bitcoin is positioned in such a way that a 25% dip would take more force than any other time in history. Unfortunately, with the FTX contagion looming and a recession present there very well be enough force out there to slap it down once again.

I am the resident of @india and I have been in crypto since three years primarily I invested 9 thousand USD at that time market was in bull. But in 2021 market crushes I lost my money. At the mean time Terra Luna founder withdraw all funds from Luna and crushed completely some of the big investees currently are facing critical situation and begs money from other people to sustain life 😥 that is big concern for investors. After that FTX lol crypto is kidding now genesis. I am not the financial adviser but probably I will definitely write a good reaserch paper about crypto scams thanks @edicticted @taskmaster @leofinance

I'm not going to worry about Hive until we start naming stadiums and get Kardashians to promote us. I like that we are still pretty much a secret.