Crypto vs Crypto: You're about to be BAT-DADDED! 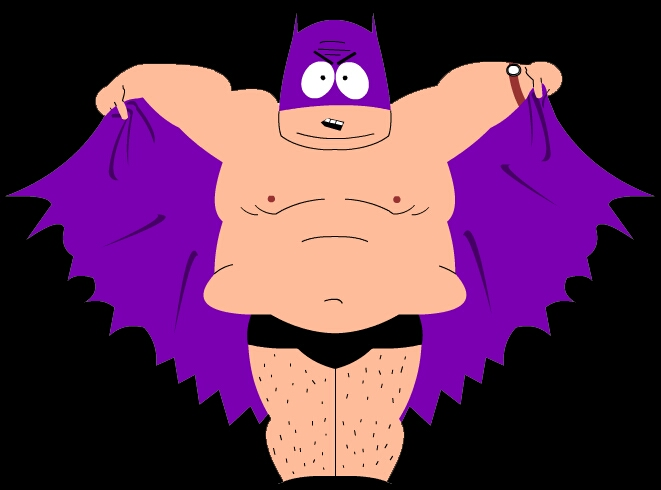 This is what I see when I witness two tribalist crypto communities fighting with one another. This is what I see when I hear the term Bitcoin or Ethereum Killer: Just a couple of idiot drunk parents fighting at a little league game over a meaningless competition that doesn't even exist. The kids on the field aren't even trying to win, but the parents are so blinded by their own ridiculousness that they project their own bullshit right onto the playing field, revealing them for just how ignorant they really are.

Of course within the context of crypto the game itself isn't even competitive, like baseball or any other team sport. Crypto is a known cooperative, yet the majority constantly fold cutthroat capitalism into the recipe. Everyone wins when we work together. That doesn't stop these Vulture Capitalists from thinking they know best. Everyone has their own perspective, and in the world of crypto that perspective is usually wrong.

How is it that 99% of people are wrong when it comes to crypto?

Quite simply crypto is like nothing the world has ever seen. It operates on a completely different wavelength than the one we've been acclimated to since birth. We are brainwashed into thinking that artificial scarcity is the norm. We are brainwashed into thinking that everything is a zero-sum game and there must be a loser. Abundance mindset teaches us otherwise, but as a wise Jedi-master once said: 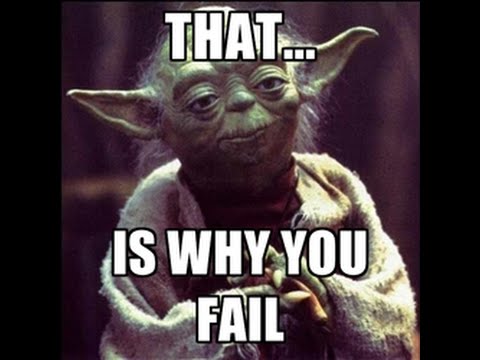 He is too old to begin the training.

You must unlearn what you have learned.

And that's just a simple fact of life. Most people will never be able to undo the lifetime of brainwashing that has been instilled in them during their formative years. Only the people being born now are going to grow up in a world where open-source collaboration truly makes sense on a foundational level. Sadly, it will likely require that everyone alive today be dead or out of power before this thing really kicks into high gear. The sooner this revolution comes, the more violent and volatile it will be. This is the price that must be paid for progress.

I THOUGHT THIS WAS AMURICA!

Luckily the more crypto comes under attack by the REAL enemy (fiat) the more we will band together and realize that crypto doesn't compete with crypto. It clearly competes with the incumbent system.

We are at the ground floor, and there is room for infinite growth. Imagine what would happen if crypto gobbled up the entire incumbent system. The Market Cap would have to go somewhere between x100 and x1000. Now imagine that crypto can scale a thousand times bigger and better than the current system. Every dollar we put in today will be worth a million in twenty years once the old system is gone and the dinosaurs are dead. 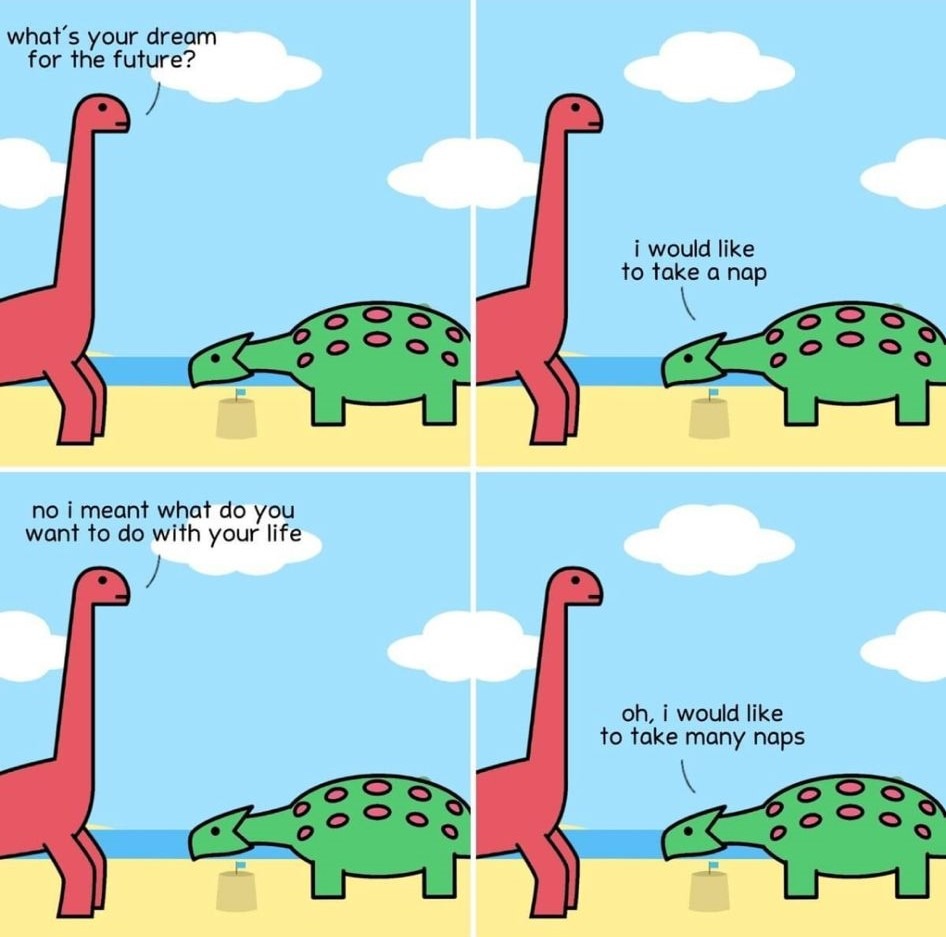 To reiterate, there is no such thing as an Ethereum killer. And if I'm wrong, that would be absolutely amazing. Think of what would actually have to happen for a million developers to suddenly realize: "you know what I'm going to work on this other chain instead" "that one that I have no experience on... fuck it!" That would be incredible, and it implies that the new thing that got built is magnitudes better than ETH. That's a win for humanity as a whole, there still is no competition, even in that scenario. Everyone wins.

At the end of the day ______ Killer is just a false narrative marketing ploy designed to get people excited about a new project. Every network must pick and choose their battles. It's a war of scaling and efficiency vs decentralization and trust. Anyone who promises both is simply lying or ignorant.

Don't be that guy. Don't be the Bat-Dad. That insufferable obnoxious parent at the little league game that's more concerned about "winning" than everyone having a good time. That's pure dipshittery, and everyone knows it.

This is not a competition. Crypto acts as the lifeboats for the Titanic legacy economy. The titanic is sinking, and one of these days the dinosaurs are going to demand you sell them a ticket. Don't give them a deal; make them pay for it.

I didn't hear no bell!

I think this year Ethereum killed itself. Unless you're rich, it's no longer an useful platform. Now I only use ETH as a speculative asset. Other than that, it's pointless as I'm not going to pay between 50$ to 1000$ fees to play with it. 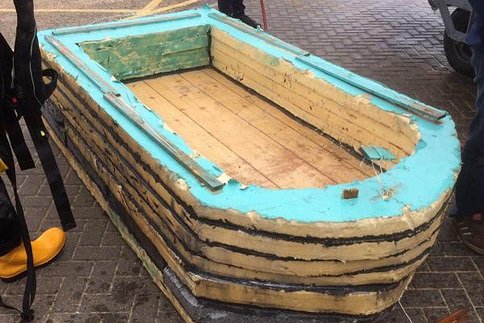 As I keep trying to say these networks are lifeboats.
The ETH lifeboat is full, but they are trying to make it bigger.
Give it time.

This would for me the only reason to buy some ETH, to sell my shitcoins at some point and avoid the 4k fees :D

Ethereum has not killed itself. It's a highly secure PoW chain. Transactions on a chain like that are costly. What do people expect? Those with less to lose can use other chains. Everybody wins.

"The Internet of Money should not cost 5 cents per transaction. It's kind of absurd." - Vitalik Buterin

Ethereum is not for buying coffee. It's for DeFi users with very deep pockets.

Remember the blockchain trilemma where you only get to pick two out of the three: security, decentralization, scalability.

Ethereum is secure and decentralized. Hence, it will not scale well. Bitcoin has the same properties.

"Ethereum is not for buying coffee. It's for DeFi users with very deep pockets."

Yep, they strayed from what they intended to do. They've lost their way.

I think Ethereum has been successful beyond Vitalik's wildest dreams.

This is perfectly fine. No chain has to take on the massive growth in users alone. The proliferation of different chains and protocols will solve the scalability problem. Interoperability is already quite satisfactory.

I don't feel the governments would be embrassing crypto.

We're very early, ETH will be known as the birthing place for most of the DAPPs of the first ten years of crypto smart contracts. Maybe I'll even live long enough to tell some tales from back in the days (now).

Bad parents are by far the worst part of youth sports. I can’t tell you how many times I heard parents screaming at umpires and referees or even stomping out on the field during play to argue. And I even saw one dad loudly berating his son for missing a goal shot in a soccer game.

✊ ...that's all I want to say...ok I will add that somehow William Wallace came to my mind when reading your post... 😄

I keep thinking about this, we are all trying to achieve the same goal here, no need to antagonize one another or trying to be win on whose crypto is better

I also think it's not very helpful to see all the tribalism. Then again I see more news about ETH killers due to the fees but it hasn't stopped people from using ETH.

There is an alternative lifeboat that moons. crazy time we are in.

I think it’s funny the crazy competitive crap that goes on with all this “x” killer things. We don’t aim to destroy places like steem, EOS or others with our expansion. We all benefit! When there are places that are similar and crypto gets more attention, people will be looking for similar chains. That’s the glory of it all.

We are educated right from the start with a competitive mindset, and during adulthood, competition is just how the system is supposed to work, work harder and be better prepared than the rest and you'll rise above, which is complete bullshit and what keeps this meat grinder working, only for the every few ones with real power to keep everything under control.
There's definitely a lot to unlearn and a whole new paradigm to discover, where pairs actually benefit mutually from cooperation, and your don't need any losers in the equation.
Internet, crypto, blockchain and DAOs are bringing all of those possibilities within our reach, we just have to think a cooperative mindset.

Yes, it's a lottery and whenever a winner from that lottery emerges people go:

Lots of success stories for sure, somehow they outweigh the other 99.99% of the unsuccessful or rather average ones.
But hey, we can be the next Bezos if we work hard!