@jrcornel Being Flagged to Zero! 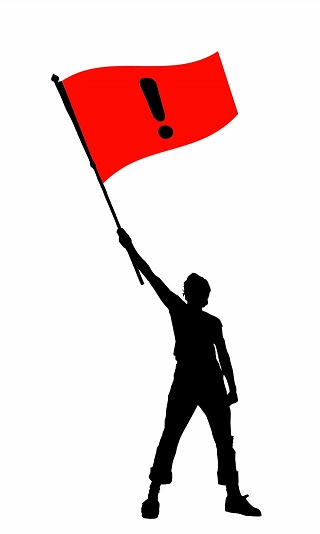 It's no secret that people around here loathe Steem. During the hostile takeover I personally advised @jrcornel to dump it all, but he wanted to hodl everything, wait and see. While I didn't agree with that decision, I did respect it. Holders gotta hold.

This guy was told in the comments to dump Bitcoin SV,
Like... why is holding such a big deal? HODL!

HODLing is a big deal!

Again, this is tribalism at its finest. We have our tribe, and we engage in toxic competitive zero-sum behavior, all the while justifying this as legitimate support for our team.

We win, you lose.

There are so many salty wounds out there when it comes to the Steem/Hive dynamic. Everyone is on the lookout to make sure no one is supporting Steem at Hive's expense: that's why @jrcornel is currently being flagged to zero.

Mostly focused on the speculative and financial side of the industry, @jrcornel writes multiple short posts a day about these topics. To some this is interpreted as reward pool abuse.

So @jrcornel entered into the LEO general chat the other day and someone asked him if @jondoe was his alt account. It is. There is a perception that Hive and LEO are being sold for Steem and that obviously ruffles a lot of feathers. That's not what's going on here.

@jrcornel is a heavy trader. He makes a lot of trades in all directions. Steem is an absolute cash cow right now because the value of SBD is so high. If he's farming anything, it's Steem. Hive has always been the network with the most long-term promise. We've have many many private Discord conversations to that effect over the last year. Still he likes to gamble, and he likes to yield farm. Let's be honest, who doesn't?

He holds at least 250k Hive and 37k LEO. We are at the foothills of a mega bull run. Is now really a good time to be flagging holders to zero? Personally I would say that now's actually a good time to give people some slack rather than tightening the belt, but that's just me. Trim the fat when it needs to be trimmed: the doomsday bear market of 2022.

@sportsncoffee and @jrcornel once sent tokens to Bittrex using the same memo! That means they are the same person, right!? Add this innocent user to the list of needless collateral damage: downvoted to zero! Why follow up on these things when you can click a button to "handle it"? 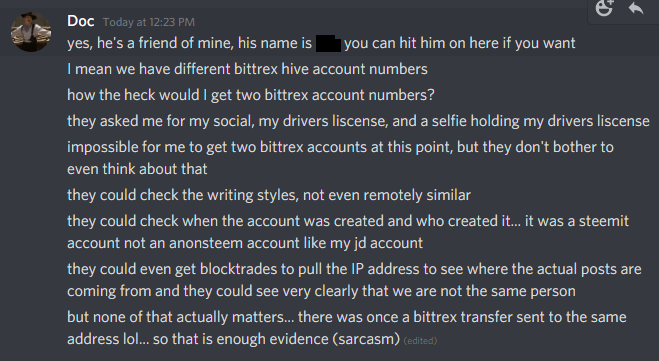 So yeah I guess there really is no discussion here. No one will listen to @jrcornel's side of the story and apparently many have simply unfriended and ignored him on Discord. Seems childish to me but I make that claim with limited information.

Too many posts! Too much reward milking!

Here's the thing guys: proof-of-brain. The idea is that we reward posts that bring value to the network. This can run contrary to decentralization if certain accounts are posting a lot and getting votes. The solution? Don't upvote posts if you think they have little to no value. It's not hard. If they do have value don't complain that some users bring more value than others. Welcome to the real world.

To an extent this is also more of a networking issue than one of value generation.

I have personally advised @jrcornel to try and write less posts that will subjectively be regarded as being "higher value" at least till this little feud blows over. Wouldn't want to have another @kingscrown on our hands.

I wrote this unsolicited. Looking at my Discord DMs, @jrcornel is probably the person I talk to the most on private channels (interestingly enough). We have a lot to talk about. Crypto and finance are very interesting and exploding with data.

With all this being said, @jrcornel is a net gain for the platform, and flagging him to zero is overall detrimental to both Hive and LEO. Yeah, I get that posting so often and holding a lot of Steem can be extremely triggering, but at the same time is it really so much to ask to start a conversation before moving in guns-a-blazing?

The Hive/LEO police got a little carried away with this one, as is often the case. On a certain level everyone knows that flagging all posts for the last week to zero over a reward disagreement is extreme at best. Chill out a bit.

Certainly I can't force anyone to do anything, but I just thought this issue should be brought to light a bit. Time is the great equalizer, and these things usually have a way of working themselves out eventually. Feel free to add any more information in the comments below. Deuces!