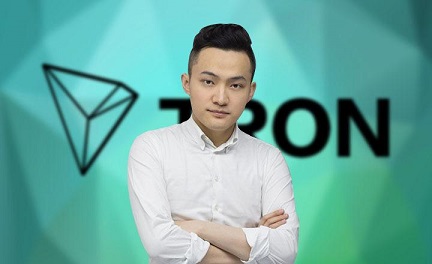 Justin Sun Steps Down From Tron to Join Grenada Government

Justin Sun Is Retiring From Tron – But Not Crypto

Yeah, you're damn right I read all three.

And then I had to read the open letter he wrote as well (barf).

Sun said that Grenada, for example, has several advantages for blockchain-related businesses.

The island nation recognizes English as one of its official languages and is geographically close to the U.S. It also has a strong education system including one of the best universities in the region, which according to Sun, will be a hotbed of future blockchain developers.

In his open letter, Sun said that the Tron Foundation will dissolve by next year and three super nodes associated with him have retired from Tron’s technical grid this week. The 27 super representatives on the Tron blockchain will be elected by the Tron community.

I have always aspired to be a successful entrepreneur and effective leader since my early days and cherished the prospect of building a profitable business empire that caters to the needs and satisfaction of my customers, shareholders, and employees. But instead, I stumbled into cultivating a decentralized blockchain platform: TRON. Though created by chance, TRON became one of the earliest communities of decentralized autonomous organizations (DAOs) in human history. And I never regretted my choice to build TRON ever since.

I never regretted it but I definitely do regret it though.

For the greater benefit of society, there’s nothing better than having a founder of a thriving community abdicate all power over users, assets, and data. If we can achieve something great, then we should never exploit it for the benefit of one person or group at the expense of excluding the rest of humanity. A truly inclusive financial infrastructure that belongs to all mankind should be unlimited, decentralized, and thresholdless.

Yes yes, I believe you, Justin.
You did this for the greater benefit of society.
Yes, of course, what a fool I was to question your motives.

“Sun’s expertise in the blockchain industry will likely breeze some much-needed fresh air into the regional economy, as Grenada and CARICOM [the Caribbean Community] are among the hardest hit by a Covid-led tourism industry shutdown,” the press release read.

Wow, okay... so the WTO is tossing his salad as well?

It isn’t clear how Sun landed a government job on a small Caribbean island. Grenada’s Permanent Mission in Geneva did not immediately respond to Decrypt’s request for comment.

Haha yeah no shit, good luck figuring that out.

A spokesperson for Tron confirmed to Decrypt that it isn’t a “paid role,” and added that “one of [Sun’s] goals is to represent and make blockchain mainstream by bringing it to the global political arena via [the] WTO.”

Sun loves promoting crypto to influential names, and he pays generously for the opportunity if necessary.

Many people have called the move terrible, especially for the Tron community. Tron is down 8% in 24 hours. Sun is also cutting ties with crypto-related projects. Pressure has been mounting from regulators which called for speculation on his decision. However, despite complaints from users and regulators alike – including a class-action lawsuit against him and Tron, he said his decision is not informed by troubles with regulators over Tron. 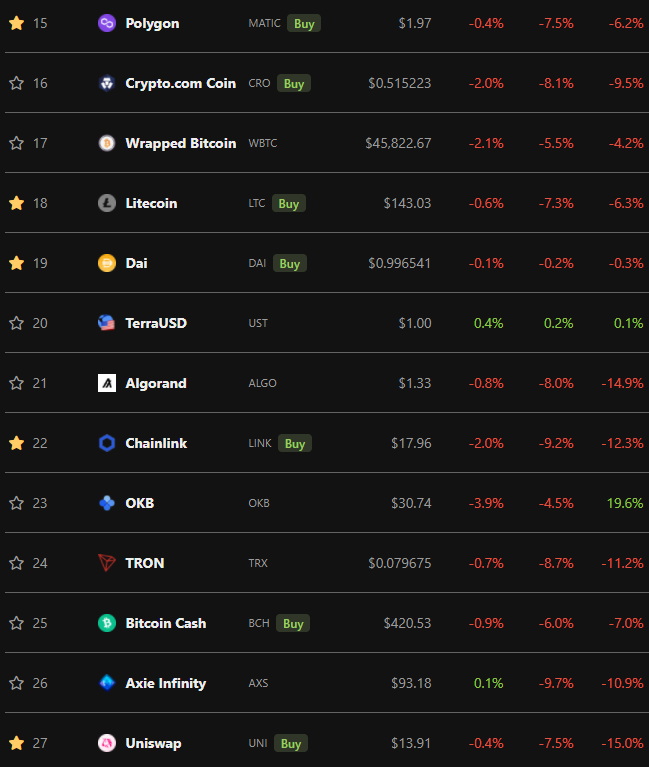 Seriously though, do people even do look before they write stupid shit like that? The entire market tanks but Tron is down 8% because Justin Sun removed himself from the ecosystem? So... ignorant.

In any case, the real question to be asked here is pretty obvious:

What the actual fuck is going on here?

Is this a demotion, or a promotion?
Is this a punishment, or a reward?

Are we familiar with this term?
People who are bad at their jobs tend to get promoted.
We see it all the time.

It's not what you know, it's who you know.

Is that what's happening here?

Maybe, but somehow I doubt it.

There are a couple variables to consider.

First, does everyone remember the crypto crash in May?
Course ya do!

Sure, but do you remember the rumor that the entire reason that crash happened was that China itself wanted to liquidate Justin Sun's long positioning? I guess I should have talked about that rumor more, it was pretty crazy and I can't find the post (if any) that I wrote about it.

Why would the Chinese government target Justin Sun?

You tell me! Internet!

Are Chinese authorities preventing Tron CEO Justin Sun from leaving that country? Or is he in San Francisco healing from kidney stones, as he and his PR team insist?

No one seems to know for sure.

HYPE MAN OF THE CENTURY

When Chinese millionaire Justin Sun acquired BitTorrent, was he tryingto skirt the trade war? Or fly right in the face of it, no matter the cost?

The key was exploiting the BitTorrent protocol. “Because the nature of [peer-to-peer decentralized sharing] it’s extremely hard to track down and shut down when something gets started and gets seeded and gets transmitted,” a former employee explained. “Best case scenario, people can talk about freedom, democracy, Tiananmen Square, and political reforms and all that stuff.” But it was a Pandora’s box, they explained. Anything could be live-streamed — child abuse imagery, terrorist content. “Even worse, you can have people livestreaming themselves murdering people. And the government and authorities wouldn’t have a way to shut it down.”

Now, the team knew and confronted Sun. But his response shocked them. “He explicitly wanted Pandora’s box! To him, because in China, in their environment where everything is restricted, where everything is so tightly controlled, he imagined if he can open this Pandora’s box and then the government can’t shut it down. He would have an exclusive stranglehold on the market in a place where anything goes. Anything that people used to not be able to see, to do, to broadcast... Now, anyone can do that, at any point, and it’s unstoppable.” 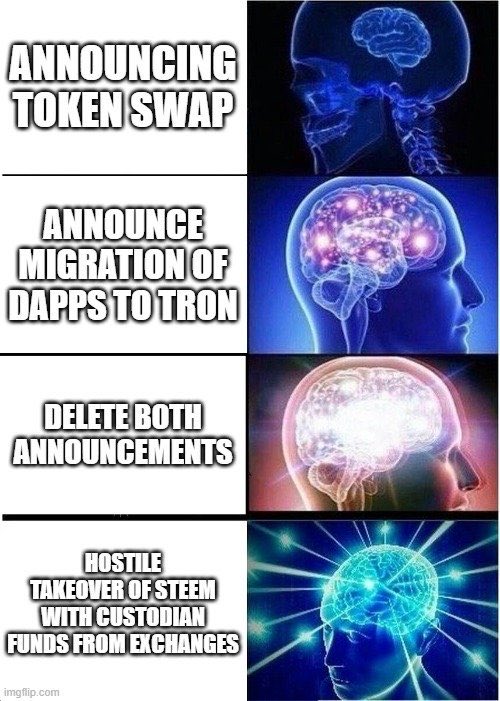 LOL, you're playing a dangerous game there, junior!

So is Justin Sun a libertarian mastermind hell-bent on bringing digital freedom to the world, or is he a little-bitch vulture capitalist trying to aggrandize himself?

Hive community already knows the answer so no need to repeat it.

Within this context we can plainly see that this is a punishment. Justin Sun has been kicked to the curb. But that's the thing about failing up: these vipers always leave themselves a backdoor to retreat through. Guess we'll just have to see how it goes. 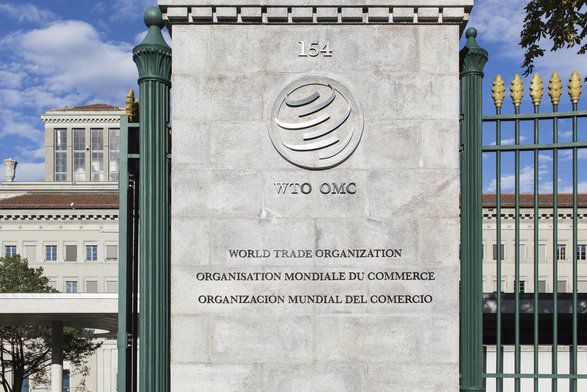 But what does the WTO actually do?

In brief, the World Trade Organization (WTO) is the only international organization dealing with the global rules of trade. Its main function is to ensure that trade flows as smoothly, predictably and freely as possible.

So we can see that the WTO is actually the perfect place for Justin Sun to be. He tried to defy the regulators, and he's been sent off to regulator-camp like the bad little boy he is. Rich-people punishments are hilarious, right? 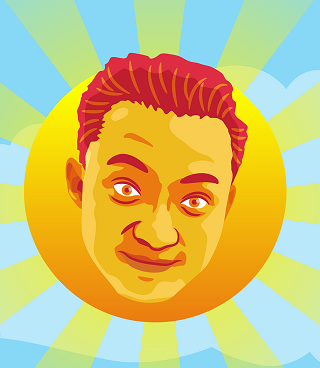 But instead, I stumbled into cultivating a decentralized blockchain platform: TRON... And I never regretted my choice to build TRON ever since.

When a master manipulator tells you he regrets all of it.