As all of my readers clearly cling to my every word, I'm sure that you've all been awaiting the epic Bitcoin pump I've been promising today. 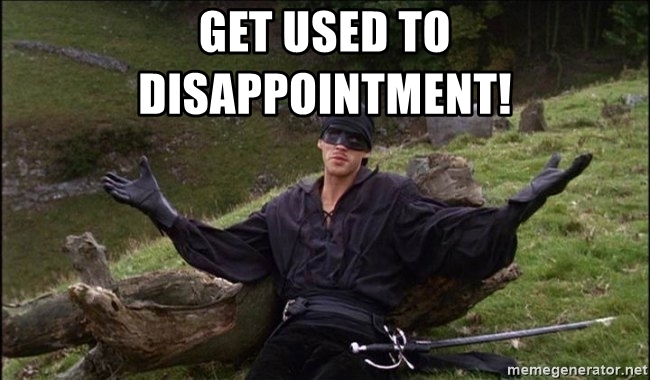 We've exited the potentially bearish ascending triangle into an actually bearish descending channel... which is currently extremely narrow. I expect this channel to widen or completely break very soon. 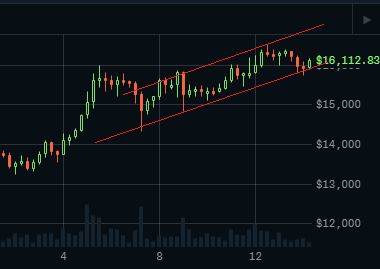 Or perhaps we're still in the ascending channel!

Who knows!? The market doesn't.

Sure, institutional FOMO could kick in at any time and we could have $30k Bitcoin today. However, given this price action I think we need to return to some kind of support line. $15k is looking pretty good on that front.

Truth be told, all we have to do is close this monthly candle above $14k and a lot of speculators are going to wake up to that clearly bullish price action. If Bitcoin closes at $15k or higher this month, that's well above previous all time highs.

If someone could superimpose the Bitcoin logo onto that tower that gets smashed that would be great. Because Bitcoin usually gets absolutely crushed on my birthday. Seeing as we've already spiked 60% in 6 weeks I'm guessing there will be some kind of pullback here. Again, all we have to do is stay above $14k come December 1st. Easy peezy.

For the last three years November 14th has been a pretty good baseline for crypto. We see that the price didn't change much.

What I'm getting at here is that November is always a precursor to volatility. Seeing as we're set up for a bull market things are probably going to get out of control come December and for the next year.

However, what was Bitcoin in November 2016?

It fluctuated narrowly between $700 and $750. After that, all Novembers were x10 higher than that essentially.

What is the price now?

$16k... which could easily be signaling the times of change are upon us. I guess we'll find out soon. Personally I think the price of Bitcoin next November is going to be somewhere around $70k-$160k (10x the numbers we see today).

Again, we see this weird pattern were the price of Bitcoin is pretty stable across November time periods, but on the year before the epic bull run it doubles. We are in that year right now, with Bitcoin being $16k today. As always 2021 flags itself as the mega-bubble year. I'm still targeting a peak at $250k or slightly more.

LEO is absolutely murdering it as we ascend to the fabled 2:1 price ratio on Hive Engine. We even hit all time highs today in that regard. 2.12 Hive for 1 Leo... wow...

On the wLEO side of things, we're up to $386k liquidity in the Uniswap pool after a couple days. 420 ETH and 800k wLEO. Pretty insane honestly. Clearly the Geyser model is working and the inflation we spend on this is going to pay off big time.

In my next post I'll explain why Bitcoin is going to keep going up due to the brrrrrr-machine and the Biden Administration's embracing of The Green New Deal.