The Ultimate Scapegoat: Extreme Risks To Market and Freedom Coming To a Country Near You. 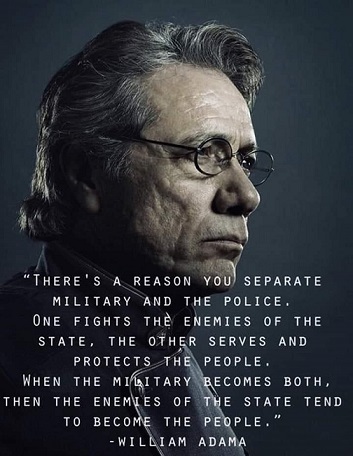 Everything is coming to a head in terms of the market and politics. Those who magically thought we're all good and got a V-shaped recovery are going to be decimated when central banks pull the rug out from everyone's feet.

No one contests that a "new normal" is coming. Everyone is defining this new normal in their own way. How it will turn out is a mystery: but I've got some ideas, and it's not looking great.

Not only is COVID a scapegoat for the economy,
but also a powergrab by the elite.

We are entering a period of insanely intense risk.

People are making a big deal about this "coup", and the chance of a "terrorist" attack, false flag or otherwise, around January 20th is high. The FBI is already warning of one on Jan 16th apparently.

The left has been purposefully and obviously creating a narrative of "You need us. Trade us your freedom for security." And they are going to get what they want. Guaranteed.

At least I don't live in Sacramento anymore? lol...

Right wing zealots are being purposefully pressurized into a ball of persecution & cancelation: Internet and State wide. Pressurization has the tendency to explode, and the people in charge know exactly what they are doing. This is exactly the kind of tactics one would expect to see when destabilizing another country that doesn't cave to imperialism.

You push people until they fight back and then you use that as an excuse to attack them. Oldest trick in the book. This is a politics game, and politicians are kicking ass and winning this battle with ease.

When Trump get's canceled internet wide and even Parlor gets delisted from AWS servers... do we think these are the independent actions of several autonomous companies? Or did this order come down from the highest authority? I think you know my opinion on the matter. It's cool though, right? This is an emergency, the corporations are doing the right thing because they care about public safety, we can trust them.

This economy is being demolished in a controlled explosion by the central banks. They don't want it to be demolished, but they see the writing on the wall and if they don't control it themselves then it will probably be even worse and they will lose way more money in the long run. Someone has to pay for this, and it sure as hell isn't going to be them or their keys to power (corporations).

Domestic 'terrorists', Trump, and COVID are the ultimate scapegoat. They are going to be blamed FOR EVERYTHING. This economy will be destroyed, it will 100% be the fault of the central banks and their corporate cronies, but they will deflect all the blame onto these other "tragedies".

These people who think civil war is coming don't understand the position we are all in. Back when we had an ACTUAL Civil War the actual states rallied together and they had ACTUAL LEADERSHIP, a plan, and even a constitution and a flag. What do we have today?

We have a bunch of children in a playpen running around thinking they have power. Look at what's happened since the last civil war... We are surrounded by a prison industrial complex big tech war machine surveillance state. How the fuck can ANYONE expect any kind of civil war without the people in charge allowing it to happen on purpose? And they very well might, you never know.

But when I see these fools organizing their "insurrections" on public social media and the capitol building get rampaged as the cops just let them walk in with zero resistance... something is going on here.

A riot is not an insurrection

Scared liberals are asking, "What if this insurrection had succeeded!?!?!?" Excuse me? Walk me though how that works? A fringe group with zero plan and zero organization is somehow going to change the outcome of the election? It's a laughable notion, and only makes sense in the context of propaganda running wild and the need to seize control by the left.

Have you guys seen this shit? He almost had me... comparing what happened Jan 6th with NAZI GERMANY? LOL what the fuck that's so insulting to history. Busting out that Conan sword is some epically dorky shit. Nice touch with that.

That is the most propaganda shit of all propaganda. Read between the lines: support the Biden administration no matter what happens. Rah Rah Rah Murica. Safety supersedes freedom.

It's time to pay your protection money, America.

The mafia in charge awaits payment in the form of your freedom. 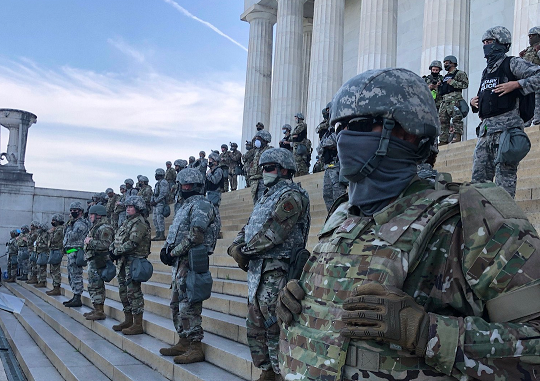 Can you feel it? Some absolutely crazy shit is going to happen. You won't see me in any big crowds at the end of the month, that's for damn sure.

They have the House, they have the Senate, they have a president and a vice president who fully support the Patriot act and the prison industrial complex. Do the math. 2021 gonna be shit. Worse than 2020, as predicted. Not magically better.

So not only do the market cycles say Feb/March is going to be shit and the fact that we are way above the doubling curve in Bitcoin, but also Andreas Antonopoulos himself has expressed concerns over this time as it relates to the economy and COVID.

And on top of that shit-sandwich we have this crazy election and possible terrorism and infinite lockdowns to worry about as well. Last time I ignored Andreas the market immediately crashed in early March 2020 by 50%... I think I'll try to avoid the same mistake if I can.