Trust: The Crux of COVID & Bitcoin.

I've been getting rid of my BTC. Why? A currency is never supposed to be more volatile than what you buy & sell with it.
You can't price goods in BTC

In that respect, it's a failure (at least for now). It was taken over by Covid denying sociopaths w/the sophistication of amoebas

So many ridiculous things said at once, where does one even begin to parse this message? Let's start at the beginning:

I've been getting rid of my BTC.

What does that mean? Are you cashing out to USD or another fiat? Is there a 'better' security you're investing in? You have to put the value somewhere, so where are you putting it? Afraid to say?

Certainly, currency is currency and one should be able to do whatever they want with it. Censorship resistance is the entire point, right? No arguments there.

Why? A currency is never supposed to be more volatile than what you buy & sell with it.

Who came up with this rule? Literally no one defines currency this way. If this was true, no one would trade USD for any other currency, because USD is less volatile than the rest. And if not USD depending on economic climate: literally whatever currency has the least volatility.

Regardless, the most offensive and ignorant thing about this statement is "... what you buy & sell with it". Because you don't buy & sell currency. Hardly anyone buys and sells currency. That is an extremely niche thing to do usually reserved for razor's-edge arbitrage traders on the fringe. 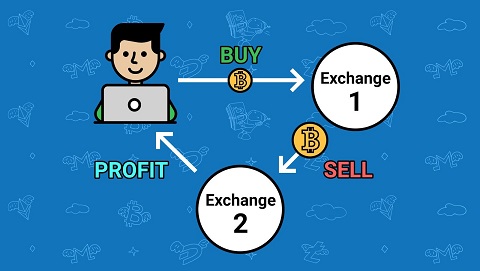 Clearly, Bitcoin is not a currency in this context.

It is an investment, and to say an investment shouldn't be more volatile than the currency used to buy it is obviously absurd, as that is the ENTIRE POINT OF AN INVESTMENT. Otherwise you'd just park the fiat in a bank account and accrue interest on it (good luck on that front).

For this Tweet to make any sense whatsoever, the poster would need to be earning the crypto via labor, products, and/or services. And then they would say, "I wish I could hold this but I can't because it's too volatile and my business model can't risk that kind of extreme volatility." This is the only legitimate argument. And even then it's a VERY WEAK argument.

Why is it a weak argument?

Because Bitcoin is doubling in value every year on average. Therefore, every time a business says that Bitcoin is too volatile to hold, what they are really saying is that they are bad with money and don't know how to hedge a miracle unicorn asset. This is actually pretty pathetic when you think about it.

If businesses lived in abundance rather than on razor-thin profit margins whose value is being leeched constantly (debt-based scarcity) they'd be totally fine. Corporations are about to learn this the easy way. Every corporation that has bought in thus far is totally in the clear when it comes to risk vs reward with Bitcoin. This is because they used their RESERVE ASSETS to do it.

So when a small-business says Bitcoin is too volatile, what they are really saying is that, like everyone else, they are essentially living from paycheck to paycheck, month to month, and they could not survive a year-long Bitcoin bear market. If these same people had simply been in the market for the last 3 years they'd have more than enough Bitcoin in the bank by now to run their business at a loss for an entire year. The following 4 years after that would be nothing but pure unrelenting profit, making it even easier to operate at a loss during the next bear-market year. 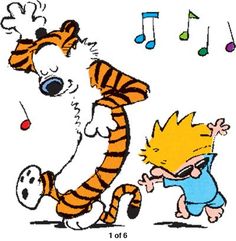 Sell the Bitcoin slowly during the mega-bubble year and bear-market year (duh!). I hope my 20-point trading point system will help entrepreneurs with this, because it would be a damn shame if corporations got all the benefit of Bitcoin's magic powers. If the doubling curve remains in play over the next 4 years, trading this market is going to be wildly simple come 2022. The current baseline value of Bitcoin is around $14k. Currently x3.4 the curve with no signs of fatigue. 2021 stronk.

You can't price goods in BTC

And we never will. This is an ABUNDANCE technology: it will always be worth more later. Bitcoin is a poor unit of account because it is generating so much value (not storing it: generating it). What a crime.

In that respect, it's a failure (at least for now).

Again, this argument is entirely semantics. This person (like many others) have decided that because Bitcoin is called "cryptoCURRENCY" that it needs to act like fiat currency or else it is a failure. What kind of logic is that? Should we have called it Magic Unicorn Princess instead? That would be a more accurate description with less room for interpretation.

The ending of this Tweet is simply delectable. The icing on this cake is so good; covered in the sweetest of irony hammering the entire point home. 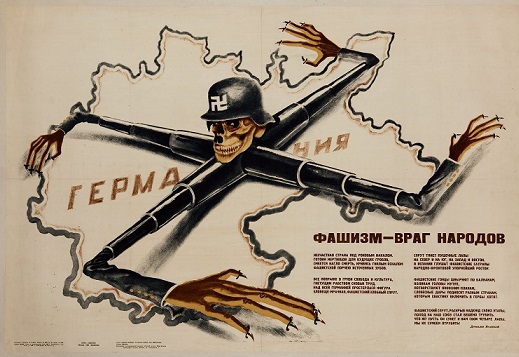 Not only is this a dig on Wallstreetbets and the absurd idea that short-squeezing hedge funds is something only Nazi Domestic Terrorists would do, but also it attributes the current run on the right-wing and makes sure to insult them: TWICE! lol!

The insults themselves are also perfectly placed! This Tweet is pure poetry on multiple levels. The Crux of the entire issue has been revealed!

Right-wingers who refuse to wear a mask are now sociopaths who want to kill grandma! Oh no! Orange Man Bad! It's amazing how the establishment is still able to divert everyone's attention to Trump even though he's not even in office anymore. The reality TV actor is off playing golf, safe from any and all harm. Keep drooling over that pointless 2nd impeachment, liberals! Just as pointless as the first one.

Incredible how the number of sociopaths in this world increased from like 1% to 50% overnight. So weird.

I logged into my Facebook account months ago randomly, as I sometimes do, and saw a comment from a friend that claimed anyone that voted for Trump was "indistinguishable from evil". And this is a glass-half-full type guy who thinks humanity is mostly good. I've had many philosophical conversations with him over the last decade in person. So you know something is up when a left-wing optimist is suddenly calling half of the country "indistinguishable from evil". Hm, no... they are not: you are clearly misinformed, friend. Even your own philosophy tells you otherwise, but you're still drinking that left-wing cool-aid.

The stats are being juked, cupcake.

Ah yes, we must always insult their intelligence & class. That'll get them to come around and believe the "truth"! These attacks and the embrace of cancel-culture are nothing more than the cathartic frustrations of weak minds letting off steam.

Social media is a way to let the Left Wing riot without even causing any property damage. UPGRADE! Cancel all those SOCIOPATHIC FUCKING MORONS! FIRE THEM FROM THEIR JOBS! They are Nazi Domestic Terrorists! IF ONLY EVERYONE THOUGHT LIKE US AND HAD OUR IDEALS THE WORLD WOULD BE A BETTER PLACE!

To all my fellow liberals who think this way:

If everyone thought the way we thought the elite would be like, "Oh shit they are rallying we better give the power back to the right." lol. Think it's not going to happen? It's going to happen: guaranteed. The script will flip as it always does. Anyone who thinks the censorship machine doesn't have them in the queue is fooling themselves.

The only people who will not be censored are the ones who accept their own financial enslavement out of ignorance or fear. 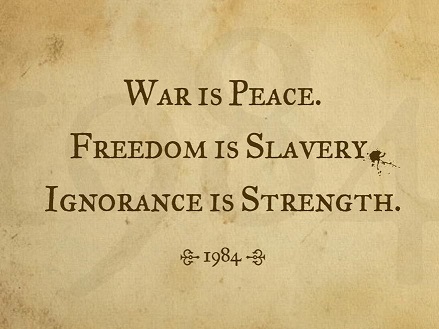 Already we are being told to double or even triple mask up. What the actual fuck? I've read the "science" on masks, and guess what? The entire point of a mask is to let it breath a little bit so that the mask acts as a filter for water droplets to reduce viral load.

So to now be told that triple masking is good practice? Full on 1984 style. Wearing three masks is like wearing 3 condoms: really fucking stupid and counterproductive on all fronts. All the 'science' on the matter acts like the virus can only enter the body through the air and into the lungs. All of the stats have been exaggerated from the beginning to lean in the direction of the pandemic being more dangerous. It has been politicized this entire time to pit both parties against each other in spectacular fashion.

You know what actually would be a fun alternate dimension to take a look at? The one where COVID actually is super dangerous and deadly, to the point of 10%+ of the population dying from it, and the establishment trying to downplay it like it's not a big deal because they want to keep the economy open to make money. We rolled the dice, and this is the reality we got, but it could have played out in a lot of different ways when you think about it.

All boils down to trust, yet again.

Again, this quote embodies the entire issue on both sides. The reason Bitcoin is being "gotten rid of" is because the Tweeter doesn't trust it to maintain it's value. But apparently there is another asset that they do trust more than Bitcoin, which is simply implied instead of outright stated, because doing so would be counterproductive to the argument itself. There isn't a more trustworthy asset, especially in the long-term. That much is certain.

Doublespeak for "trust authority", many of the people not trusting the science behind the mainstream narrative of COVID simply do not trust the people relaying the information, and for damn good reason.

No matter how much science there is to suggest that masks are ineffective and could even lead to other complications like pneumonia, it does not matter. No matter how much evidence there is to suggest that these vaccines are highly experimental with extremely lax security standards and complete lack of long-term testing: it does not matter. Did you know that if someone dies within 5 days of getting a COVID vaccine that doesn't count as a vaccine death? Gotta be within 4 days, friend! Trust science! 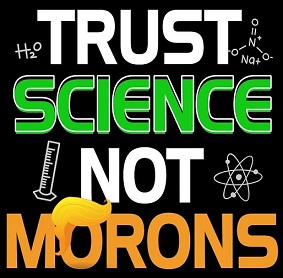 No one wants to be a moron and get canceled!
Better believe that mainstream narrative or get left out to dry!
Yikes!

The OWNERS of this country don't want that.

So, why is Bitcoin spiking? Is it because it's a beacon of truth in a sea of monetized deception? Is it because it's a borderless censorship resistant store of value on the Internet that's peer-to-peer with zero intermediary? Is it because the system incentivizes it's own survival and pays users to secure it, creating the ultimate network-effect? Is it because tech companies and other corporations have finally figured out that this is the way forward to avoid the catastrophe that is our current economic climate?

Bitcoin is spiking because ALT RIGHT NAZI TERRORISTS FUCKING MORONS are buying it!

The Dichotomy is real.
Trust is the Crux, and trust is in short supply.