Wow... I forgot about compound interest... 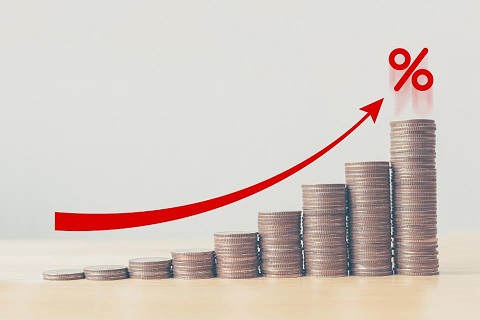 So I've been posting about Koin mining an obscene amount, I need to give it a rest but I just can't stop. I'm not even necessarily bullish on this project and still remain salty from the Steemit DEV team abandoning ship and starting their own shitcoin.

However, the Koin premine via CPU lottery is undeniable. The profits are right there for the taking and there is no speculation in the matter. Anyone can mine profitably and turn those funds directly into USD if they so desire. The interesting thing here is that most miners are HODLING, even the ones who own massive percentages of the currency. There's a lot of bullish feelings here. I'm having EOS ICO flashbacks.

In any case, I've been talking about farming the Uniswap pool and how profitable it is. If the 24 hour volume stays near the total volume, that means you can yield farm 0.3% of your money per day. 365 days in a year, that's 109.5% APR...

No, it's not. Because when anyone makes a swap on Uniswap, you get the fee instantly, and it's automatically added to your liquidity. This interest is then used to create more interest on the next swap. This is called compound interest, and it is powerful.

When not accounting for compound interest, we get a false number that is actually half as big as the real one... wow... interest creating interest is really powerful.

What's the difference between compound interest per day vs per hour?

So replacing interest-per-transaction with interest-per-day is not a big deal, but ignoring compound interest entirely is a huge deal. Math is hard sometimes; it's easy to make a little mistake that domino-effects into a huge output error. In this case my estimates were off by almost double. Farming a Uniswap pool that has 24/h volume equal to liquidity will net LPs 200% APR. Pretty crazy considering the exchange fee yield is only 0.3%. That's the power of compound interest.