Do you think we all have brains? Proof of brain to the moon 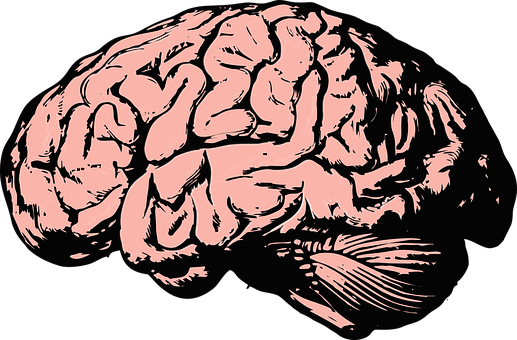 Source
Just a few days ago, @calumam created a post and emphasized how we need to hodl our beloved POB for better curation and promotion of the coin, and our community.

Did I just say our community? Yes. I have come to fall in love with this community and I hope to be here much longer than the rest of us...hahhahaha

Did you notice the few staked POB he mentioned? You should. That is because if more people staked their POB, then the curation rates will be improved. By the time writers are appreciated on the various contents they put across to the community, we will be baiting them over as investors as well.

Once I had a discussion with @espandorr, and this human being had been telling me about the POB white paper, and how they hope to go into various halving positioning. This @espandorr implied meant, POB will be in fewer circulation but the few drops will be worth the hodl.

I was getting excited about the project because it reflected the path BITCOIN took, and how we have all seen the difference today in the market cap.

However, we are faced with the decision of always having to burn the token, and Mr. Calumam had thought it would be wise to reduce the burning rate, and promote the community more by staking, and curation. A lot person gave their own opinions, and most of them were in agreement with him while others showed the benefit of burning, and why we should continue to adopt those measures too.

For instance, @trostparadox said he uses his voting powers judiciously by appreciating what he finds difficult to do at this point, which is putting his thoughts into writing. However, he mentioned, he also does that to the post he finds proactive so that others can see it, even if he disagrees with it.

Thanks @calumam for the mention and thanks for an excellent explanation as to why burning POB is not a good thing to do, at least not at this point in time. @trostparadox

Like many other topics, I have not had time to explain my thoughts in more detail. I am extremely happy being able to use part of my voting influence to upvote those who are articulating what I have as yet been unable to put into writing myself. This is one of those cases. (Although my perspective is less about voting influence per se and more about the need for liquidity and the need for widespread adoption of POB, both of which rely on MORE tokens being available to spread around and to facilitate exchange transactions.) @trostparadox

(NOTE: I also upvote content that I find provocative and/or interesting to the point that others should see it, even if I disagree with it. So never take an 'upvote' from me to mean agreement, unless I explicitly say so.) @trostparado

Now, @antonym had another story to tell. Here he mentioned that he takes to burning the tokens on days he finds it difficult to see quality posts since he will be getting his rewards as well.

And then, he pointed out that having a stable coin as POB will be the reason a lot of people will come around.

This point, is what we truly want.....visitors that come around, enjoy, explore, and probably invest. To some point, he said, he stops trying to change the mind of anyone who says burning or self voting was better than one.

Yeah. You got me. It's definitely selfish. :(
I want to make ten upvotes per day and on a slow day, where I'm having trouble finding enough quality posts, I'd burn the tokens, since it's raising the tokens value and rewarding me with my (still very small) curation-reward. @antonym

It might be arguable, that a stable/high price of the token, is part of the reason people are flocking to our tribe.
But in the end, the benefit of burning and self voting is so little, I'm starting to doubt it is worth the hassle of arguing with people who seem to feel much stronger than me about it.@antonym

Now watch this space, because @madstacks, says something quite different. You see he says almost the say thing MR. Antonym said about the burning as a result of not finding good content to upvote on a particular day.

However, he furthered his opinion by telling us, we should not be telling people what to do with their tokens, and he is right. No one likes being told what to do. But we can always make them take our side through persuasion.

Personally I don't see it as any issue whatsoever (obviously since I run them) people have 10 full upvotes a day and if they wish to give one (or a percentage of one) to a burn post I do not see the harm at all. There is more than enough distribution to new accounts. Also what if you dont see content you feel is worth your upvote 10 times a day? the burn post is a perfect way to spend your upvote.@madstacks

I would also argue that it is futile to try and control how votes are given, if people want to upvote a burn post they should be able to. You could also say it isnt fair how some people get large pob rewards just based on autovoting but it happens.@madstacks

You could also say that people who promote thier posts are removing distribution, that pob used to promote could be powered up and used to vote and distribute but it isnt. However promoting posts this way is an integral feature of proofofbrain.io, burning pob is already integral.. My posts just accelerate that.@madstacks

If you start telling people "you cant do this, or you cant vote on that" then that takes away from the value of the token.
These are my counter arguments. Plenty of people are in favor of the burn posts as the votes suggest.
I am also well aware that anyone against them can downvote to remove the burnt payouts.
I am giving this a 100% self upvote for visibility, any payout rewards will be burnt. @madstacks

More and more person had different opinions, some in favor, and some stuck between the two. You can read up other people's opinions for a better understanding here : https://www.proofofbrain.io/hive-150329/@calumam/burning-the-evidence#@edystringz/qslmvz

Now fast forward to yesterday, @allcapsonezero, gave us a beautiful speech to promote the interest of our community. He said if anyone has things they do not agree on, an understanding should be reached, instead starting a fight. Why? That is because fights hurts the reputation of our community. If war takes over the platform, with downvotes and conflict. People leave, people sell, people find a new place to hang out. @allcapsonezero

Discussion is key. In order to keep peace on the blockchain, we need to continually talk about it. We need to put opinions down on these sensitive subjects. We need to draw a line and let people know that this is where we stand and why. Respect is born out of this strategy, and with respect comes motion. With motion comes growth and with growth comes prosperity. @allcapsonezero

Read up the complete post and get a better understanding here: https://www.proofofbrain.io/hive-150329/@allcapsonezero/peace-and-prosperity-on-proof-of-brain#@edystringz/qslclu

This morning, I woke up to yet another wonderful entry by a beautiful soul, @clixmoney, and he just had a beautiful question , "Is the proof is realy brain ?" For a beautiful analysis, he told us, our brains is the best part of our body that requires constant improvement.

For that reason, POB, should be constantly evolving into a token of value. For anything that relates to value, you and I always know, value draws people in.

If POB is found to be on a consistent field of evolution, attraction of investors will be our humble rewards.

Fast forward to the reason I had to share everybody's opinion about the growth of the platform. It is this post, I saw this afternoon by @californiacrypto. source
He is enthusiastic about the increase in the value of our token. and he hopes there will be more where these came from.

We are still just getting started but that is awesome how our Tribe grew in value so fast. I don’t think any of us expected it to grow so fast. But we will take it. @californiacrypto

Read up what he intends to do with his stake 1K POB here: https://www.proofofbrain.io/hive-150329/@californiacrypto/what-a-great-sight-pob

In the end, we can all get what we want in this community. And I am going to borrow a few words from @allcapsonezero to prove that we can.

My vision for this platform is still the same as it was when I started here nearly a month ago. I envision high quality content dominating the trending page. This is because the curators on the site take their role seriously and attempt to make the best content the content that is seen first. @allcapsonezero

I see many members of the community continually sharing ideas for how to keep growth and forward momentum as a mainstay on the platform. In order to do that, the community needs to reach many understandings, and continue to understand as things grow and change over time. @allcapsonezero

I see contests, games and all kinds of great engagement opportunities becoming staples on this platform. I see everyone's upvote's getting less and less powerful while at the same time, the cost of the token offsetting this change. This, of course, has to happen due to the distribution of the token staying low while more members grow their stake and become active on the chain. @allcapsonezero

I see a peaceful place where there is not a lot of issues with how things are being distributed as we continually discuss these things and are in a constant state of understanding. Some things will always remain. Whale's are gonna whale, plankton are gonna plankton and that will always be the same. @allcapsonezero

We should not lose faith, no, that is not allowed.

We will have a beautiful, peaceful, and thriving POB ecosystem if we work hand in work in the little ways we can.

And nothing ever beats team work.