HELLO WORLD BEHOLD OUR NEW NAIRA: How Unseriously serious can we get 🥸🤓

Hello everyone I hope you all had a great night, it's beautiful to know that you all still out there.

Well bringing to the fore the current trends in our country that's obviously on every one's minds, as the Apex bank and PMB YESTERDAY UNVIEL THE NEW NAIRA NOTES AT THE STATE HOUSE ABUJA 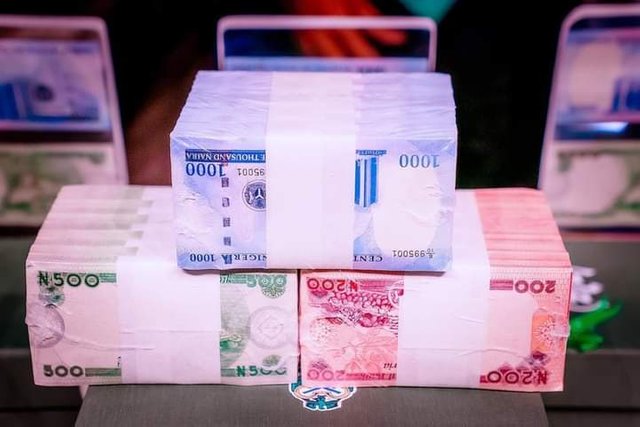 Criticism has continued to troll the Nigerian Government over the awkward redesign of the new naira,

I can literally say that No Nigerian is pleased with this new innovation of selfish reasons, nothing has been done almost, just a change of colours hue and some few changes and boom the new naira is out,

I was expecting some sharp catchy designs that could at least give some respect to our currency, how they looked at this things and it pleased them is what I don't know,this is total rubbish it doesn't make any sense, in fact we prefer the old notes if that's it, they did absolutely nothing apart from change the colors it's so annoying how this government has totally made a fool out of every one including themselves.

Some social media influencers, including Government officials has publicly trashed this new notes calling it uglier than other ones, really this is what they spent huge sum of money doing ....whatever they come up with they just have their way of pushing it to us, why? In advance country this would be thoroughly deliberates even to the consent of the people but Here it's almost like nobody matters just them their families and their selfish reasons of whatever their political propaganda is... 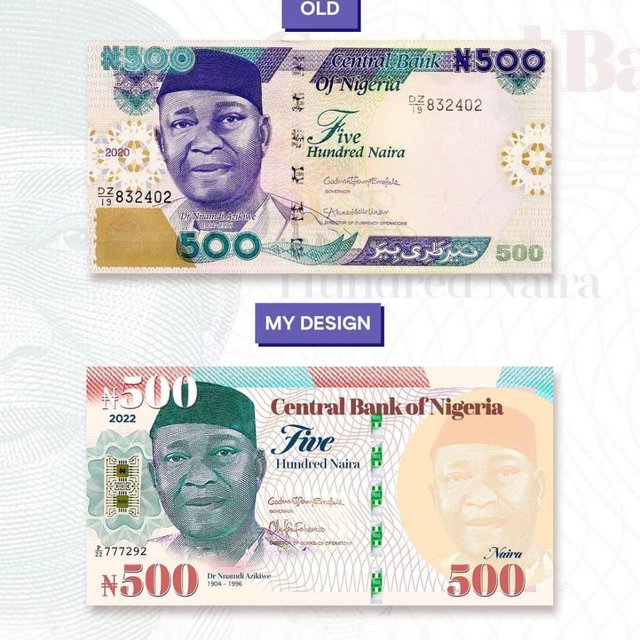 Whatever their motives of doing this was just got worst, everybody is almost laughing at this design for one reason especially cause it's counterfeit will be very difficult to differentiate from the real one, even when the CBN GOVERNOR has debunk this fact but I know it will be difficult to know. 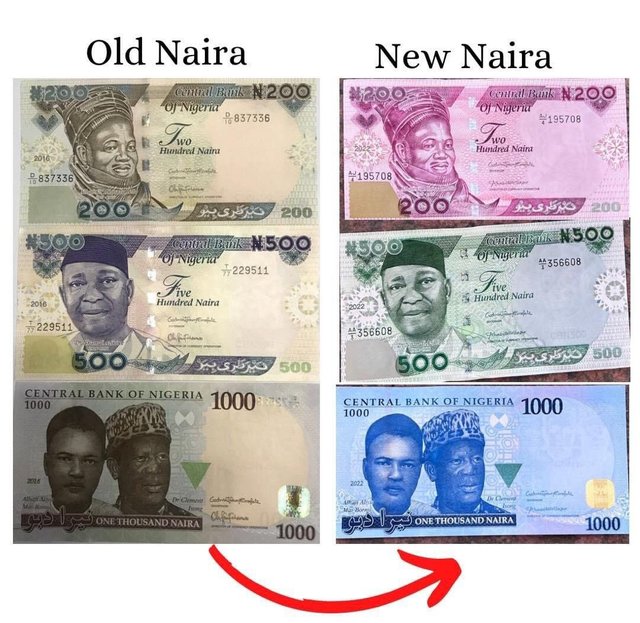 I personally preferred the former notes to this, I don't know if what they just did will add any value to the naira or it will depreciate it more, or just for political reasons,

The reasons why our naira is going down by the day is simply because we re consuming more importing almost everything outside this country, the only possible way to add value to our naira and make it worthy to stand among other currency's of the world is by changing our country to a production state produce more export more consume less find a favourable way to control balance of payments ....that's the only way to add value to the naira not BY CHANGING IT'S COLOURS...

THANKS FOR COMING AROUND
MUCH APPRECIATED 💯👍💞

I saw the news and new notes yesterday and yet disappointed again in this government. Who are the designers of our currencies and what where they thinking when they chose these colours?? The old ones are preferable, honestly.

Definitely....it's so funny how they are just playing with our minds knowing that they will just pushed down the system and no body will just....say anything or object their opinions, of course your opinion doesn't matter in this country ....

That's Nigeria for you...
Thanks for coming thru appreciate you 💯

The government are just whining to us in this country, they are not worried about how the value of the naira dropping down but they are worried about using snap chat filter to change the appearance of the money.

No quality in appearance of what so ever...thanks for stopping by

I'm telling you that other design is more classy and appealing. I wonder what the government was thinking. But then again, this is the Nigerian government we are talking about. They claimed the new notes have some security features in them.