How to start with COSMOS (KEPLR Wallet, Cosmos-SDK based blockchains & Inter-Blockchain Communication) 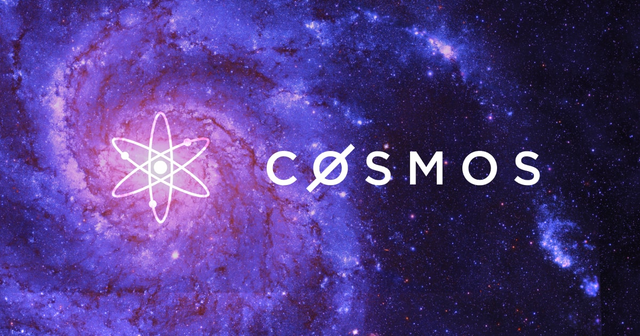 COSMOS is often refered as the hub for blockchain interoperability. Such a saying definitly caught my attention. Indeed, maybe some of you recall that I am using a lot of different blockchains and bridges to move around the DeFi space (overview of my crypto ecosystem HERE). Thus, as someone that use ETH, BSC, SOLANA, POLYGON, HIVE, TRON and TERRA on a daily basis, I had to try COSMOS, see by myself this "blockchain interoperability", and ultimatly try to improve my own ecosystem.

The point of this short guide is thus to share with you my findings and help you start with COSMOS in the fastest possible way. Indeed, I am not going to present the COSMOS technology or the different wallets. I am going straight to the point, or I'had rather say, straight to four points : setting up the KEPLR wallet, local chain transactions, transfers between Cosmos-SDK based blockchains and transfers with IBC-compatible chains. So, if like me, you just had some ATOM sleeping in a CEX, or if you planned to buy some and do something with it by yourself, then this easy guide is for you!

Link for the KEPLR Wallet extension on chrome 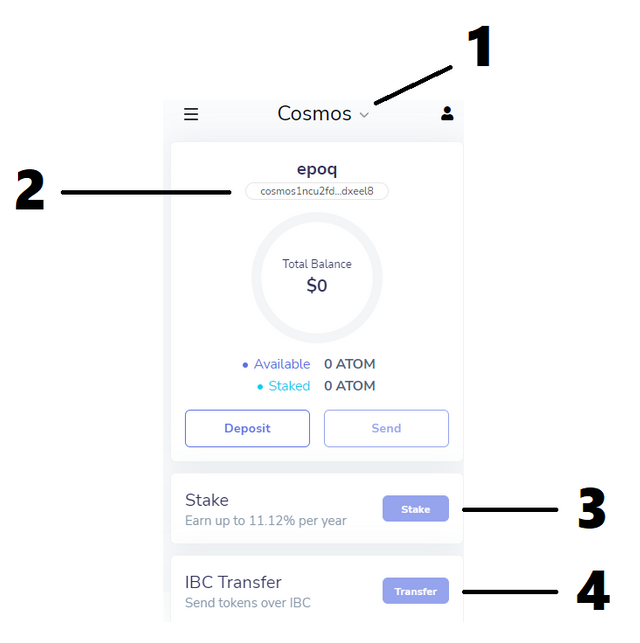 They are a lot of Cosmos-SDK based blockchains. At the time of writing, KEPLR natively supports 16 blockchains. Amongst them, some are quite famous, such as OSMOSIS, KAVA, CERTIK or CRYPTO.ORG, the future DeFi blockchain related to the CEX CRYPTO.COM. Each blockchain runs using its native cryptocurrency, for example ATOM for COSMOS, OSMO for OSMOSIS, CRO for CRYPTO.ORG, etc.

Each blockchain supports Cosmos-SDK native cryptocurrencies. For example, it's possible to have ATOM both on COSMOS and on OSMOSIS. However, ATOM on OSMOSIS is not native ATOM. Don't try to send non-native crypto from any Cosmos-SDK blockchain to a CEX, or else you are going to lose it. Looks complicated? It's not. For example, if you want to send ATOM to a CEX, you have to do it from COSMOS; you want to send OSMO to a CEX, do it from OSMOSIS, etc.

If you want to swap native cryptocurrencies and tokens, DEX are available within each Cosmos-SDK blockchain. For example, the most famous one is EMERIS for COSMOS and OSMOSIS for OSMOSIS. At the time of writing, a swap on EMERIS costs around $0.17.

3 . Transfers between Cosmos-SDK based blockchains

But, what if you want to send non native tokens from a Cosmos-SDK based blockchain to another? In such cases, you cannot use IBC, but rather the inter-chain tools provided by the different DEX available on each blockchain. For example, if you have OSMO on COSMOS, and you want to send that OSMO to OSMOSIS, emeris provides such a tool to do that HERE. 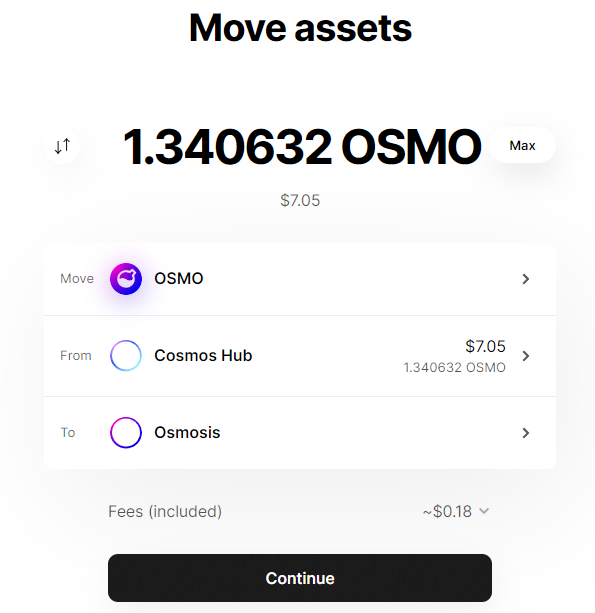 Until now, we mostly explored an ecosystem of blockchains natively supported by the KEPLR wallet. IBC allows sovereign blockchains to communicate between one another, which could potentially go way beyond the blockchains natively supported by the KEPLR wallet. What if I tell you that several well know blockchain are Cosmos-SDK based or compatible, such as TERRA, BSC, SOLANA, etc. This is a game changer for the Defi. TERRA is set to go live soon, as discussed HERE, and with it comes the liquidity of LUNA and the stablecoin UST. This will definitly changes the aspect of my own crypto ecosystem, which you can see HERE.

Thank you for reading, please don't hesitate to follow me, I regularly post about DeFi and crypto in general. I would like to thanks my good friend @woami that helped me understand COSMOS really quickly !