Heraclitus, the Ancient Greek, pre-Socratic, Ionian philosopher knew very well what he's talking about, when he said the only constant in life is change, yet he had no idea that one day @khaleelkazi and his dev team are going to create CUB DeFi, giving us the opportunity to maximize our earnings, by riding the waves. 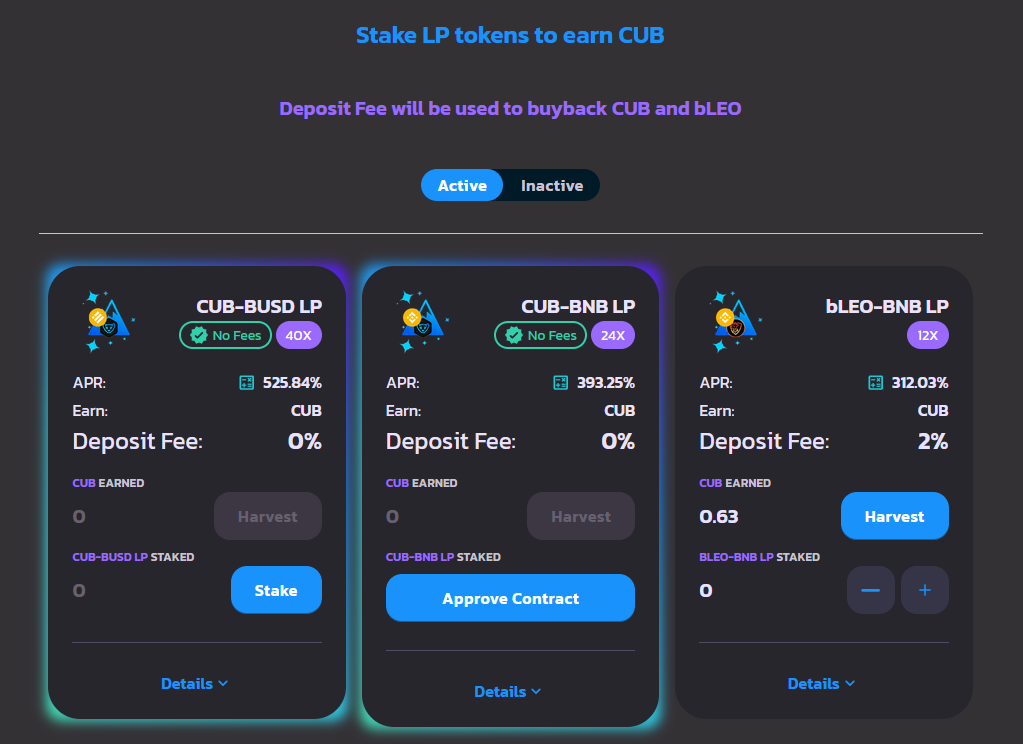 We all know the old finance models are not sustainable, DeFi is the future and thanks to LeoFinance, we got the chance to participate in CUB DeFi.

After the first two weeks, when we had the chance to enjoy those high APR's, there's another surprise for us put together by LeoFinance team. UI Refresh, LeoBridge, Kingdoms Release and Major Farms/Dens Update.

I'm glad we got an UI refresh, with links updated in the side menu but the new color is not something I like. The old one was better, however, from financial point of view, it's totally irrelevant if the buttons are olive or blue.

What matters is the newly minted CUB distribution in DENs and FARMs. After some 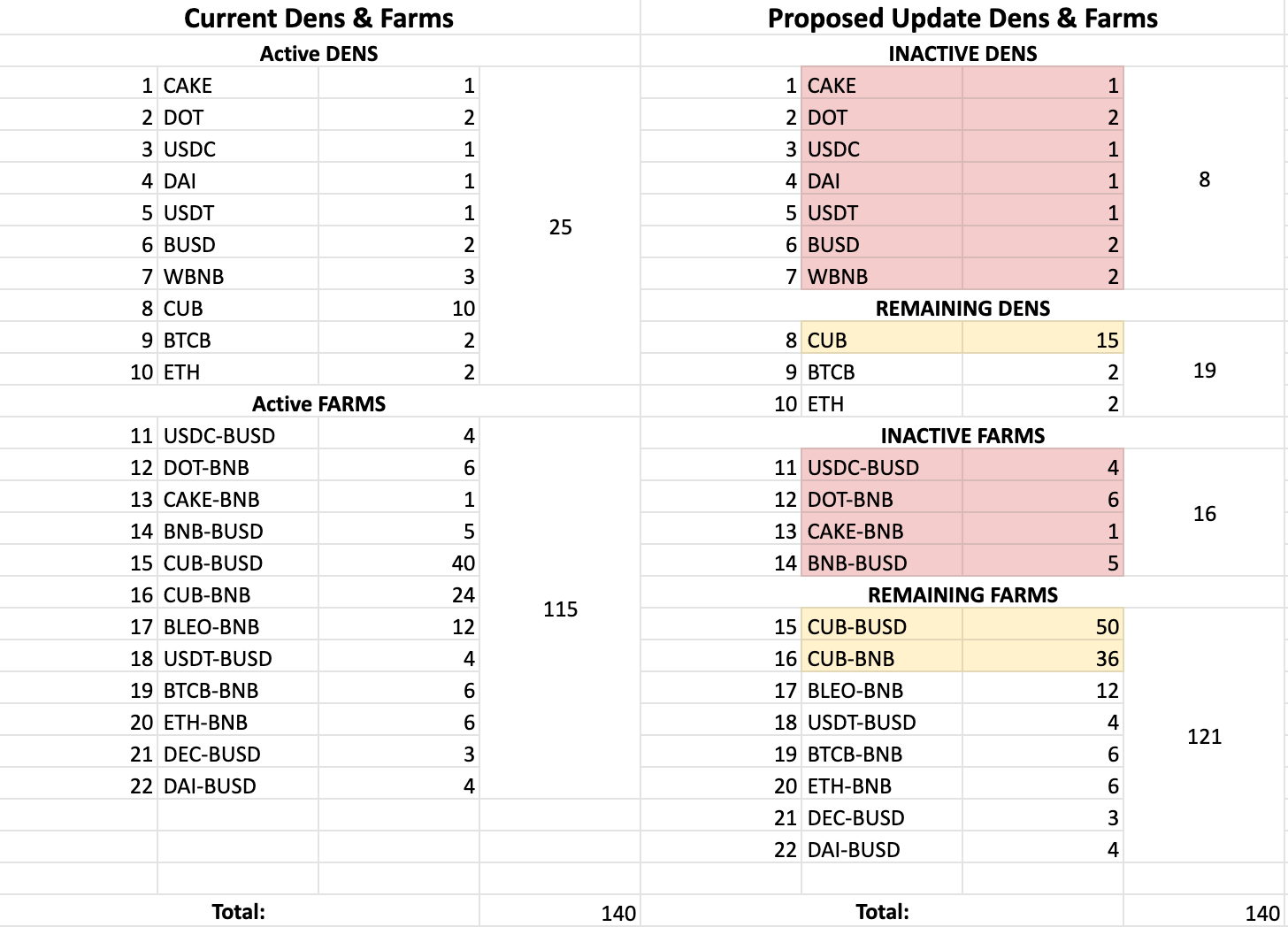 I don't have any statistics, but I think quite many have their CUB in the Den, so the CUB Den getting 15x instead of the existing 10x is a very good news, it's an 50% increase, no matter how you look at it. 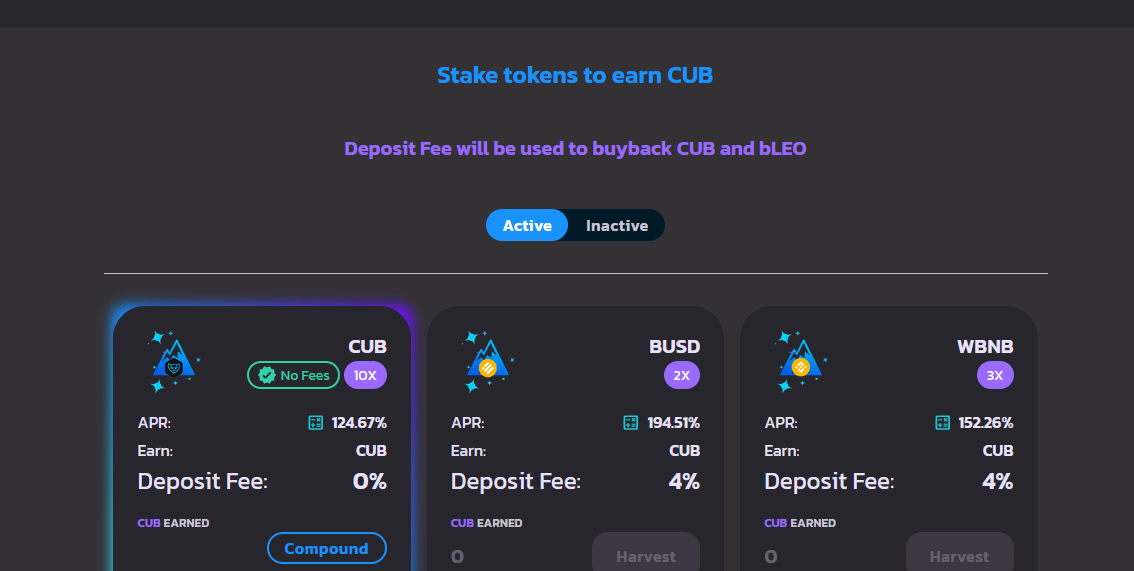 The 24 hour grace period on deposit fees is another gift from LeoFinance, that is going to helps many moving their stake from one place to another. Even though fees are used to burn LEO and CUB, thus helping the ecosystem, when it comes to our wallet, avoiding paying fees is a priority.

The majority of us believe we can earn enough to secure our future. With CUB DeFi, it is possible to earn much more than by just blogging and curating, that was obvious even before CUB DeFi was born. Here is the proof that you can free yourself financially. Although we don't know the details regarding the size of the initial investment, the result is impressive.

However, some gut is needed here and some funds as well. Over the past three weeks we've seen several posts about how some made thousands in a very short period. My favorite post is this one by flauwy, in which he is describes how he ended up coming out on the wining end, with a huge profit by doing arbitraging. It's a highly profitable game if done right, but it's also very risky, but again, history is not made by those doing nothing.

It's time to learn how to navigate in this new playground as new things are coming, such as LeoBridge, which is nearly ready and Cub Kingdoms feature as well.

In short, the first Cub Kingdom will allow you to pool CUB-BTCb in a separate "farm" from the "Farms" and "Dens" page. source

The more feature and use cases added, the more opportunity for us and anybody else wanting to participate. There has been three weeks roughly, since we started. Imagine what we can achieve in one year and not only on CUB DeFi.

Last, but not least, there's an important detail to mention about CUB DeFi. Eealier today a new LeoFinance post came out with the new development. The audit is completed, the necessary adjustments suggested by the auditing team has been made. This is a very important detail. Knowing that a team of experts has reviewed every single detail gives me an extra safety layer.

CUB price has fallen back a little, it's under $3 now but we're in no rush right now, so let's let CUB take its time.