NFT - Dark Side of NFT

NFT's are being sold for a lot of expensive price and for much higher value than any medicine, land or even international remittance. So how exactly does the NFT market can turn dark? Let's discuss the dark side of the Non fungible token. 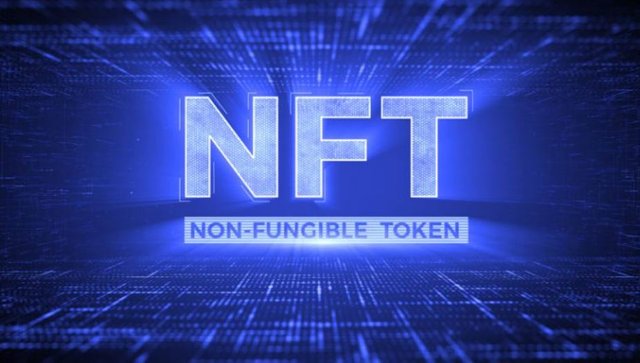 Note: This post is meant to be more like speculative and critical in nature, in no way it is meant to undermine the tech underneath but more like question the way the tech is being deployed and used.

For those who are not sure what NFT is and how it can be used. I'd recommend going through Wikipedia. So let's come back to the topic in context. How exactly is NFT being used for the shady usage scenarios?

Imagine you want to move the funds from one person or country to another. And you don't want to show the money through regulatory process. In such case NFT or the in-game item can be a good option for this type transaction. Some of the NFT items can be made and sold to exclusive users for a certain price.

A lot of high price could keep the geniune buyers away in the marketplace. And the exact user can purchase the NFT and can complete the transaction. Knowing the value is being display in transaction you may find that not even regulatory can trace the process. Taxation won't be affecting in the DeFi space.

This was the most ignored use of the cryptocurrency and same goes for the NFT. Certain NFTs can be sold between particular set of the organization without even declaring their identity. Certain In-game Items can be sold as a offline replica for exact price of their offline item price to hide the original transaction.

It is speculated that Talibanis who took refuge in Pakistan were getting the funds in and out through cryptocurrency. Considering crypto has it's own anonymity purpose, we as a crypto fans don't want this feature go out in the name of protection either. But it's to be noted that cryptocurrency would be now open to the certain elements making use of it for causing the problems in offline world.

If the Waifu NFTs can be sold on the marketplace, Imagine the human (female or kids) can have their face based images being sold as NFT. And the trade for the certain amount being passed through crypto.

Big human trafficking transactions can move through NFT and DeFi space without even getting noticed. And if such DeFi space finds it's own anonymity with no way to be visible to normal public like say Silk Route and Dark web has it's presence I think human trafficking can find it's way in NFTs & crypto in general.

I am not sure how many of you are aware of the Steganography. But if the NFTs in image, audio and video files contain Steganographic message in them. They can carry lot higher value than anything and can be used for the communication of terrorist messages, espionage, blackmailing and other content with certain price attached to it.

Now I can argue this was always possible even with or without crypto or NFT. And if anyone really want to use it and cause problems they can. But the thing is that when NFT in the public places making use of the crime such way then the immediate generation would normalize it and that's not a good for the future of society.

Does that mean all NFT is Evil and Bad?

Absolutely not. But if you take one day worth of scrolling in the NFT market. You would find that real art is not even there yet. Mostly bunch of opportunistic players are trying to cash in at the current time. People from deviantart, instagram, known popular artists have yet to touch the NFT market. So basically what we are seeing is just the tip of ice berg and once the NFT market gets traction the type of problems that I have listed above would be easy to spot in the ocean of traffic.

As you can see, just like Knife or gun everything requires set of standards, moderation and laws to govern. But when we get rid of those, it becomes part of community control to keep certain negative elements away from the reach of certain set of people.

This doesn't mean crypto is bad or NFT is bad. It's just like observing how a knife can be used to cut the vegetables or cut the heart of random stranger. It's all how one choose to use the tool. We just document the observation of good and bad.