Still selling Doge. Where will it go from here? 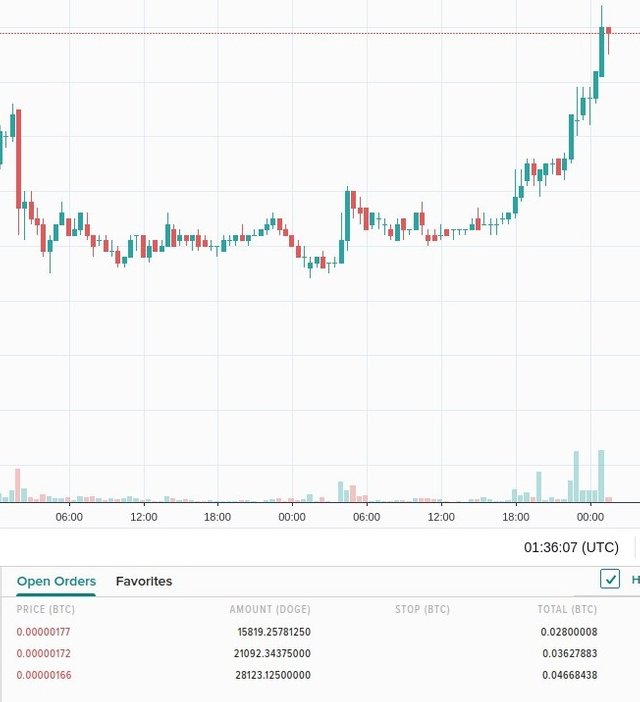 Today I am dumping the other 25%, selling into the near six cent mark and up into the seven and a half area. The increase today was a long shot limit trade set to execute if anything good happened.

Keeping 50% of my original holdings is the plan because there is nothing wrong with the functionality of the coin. The coin originally went for a hundred dollars and today the same stake went to over twenty thousand. It would be stupid to sell it all simply because the price is relatively high right now. I did that with bitcoin when it hit $1,000 and I regret the quantity that I dumped back then.

If you had invested $10 dollars in Doge at the same time I had invested my $100, you would be selling it off for $2000 today. This is not about rich people doing rich things. It is about patient people playing with crypto (for small amounts) and being patient!

I am not pushing Dogecoin, I am pushing decentralized currencies. You won't catch me with any significant balance in dollars. I gave up on banks years ago.