It has been said over and over again that Decentralized Autonomous Organizations (DAOs) is the hope of uniting the world as well as world economy. 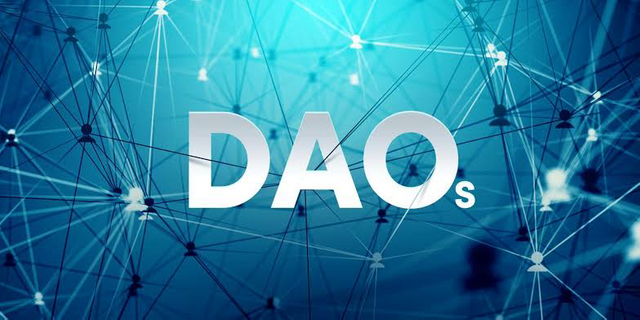 This fact cannot be disputed because millions of people out there are depending on crypto and other blockchains linked to crypto as their means of sustenance and survival.

DAOs in late February and early March was posed with a serious challenge that almost saw DAOs returning to a centralized ecosystem. The Russian sanctions on cryptocurrencies operations exposed a loophole that needs to be covered as soon as possible to avert government and other external influence from the operation of crypto it's blockchains.

Be that as it may, irrespective of the Russian situation, DAOs is still key to the financial freedom that people sought for on a daily basis.

Prior to the inception of Bitcoin and the subsequent emergence of other crypto currency, there was a serious limitation on world economy which is territorial boundaries.

Today, peoples all over the world trade and do several transactions using online banking and the movement of cryptocurrencies from one location to another.

Since this barrier has been defeated, governments all over the world is trying to frustrate the operations of crypto within their territory. Starting from China to Russia as well as Nigeria. The reasons for banning cryptocurrencies in these countries is that cryptocurrencies cannot be track and doesn't bring any benefits to the economy.

These countries are trying to develop their own State-Issued digital currencies that'll replace the cryptocurrencies.

Can government all over the world stop cryptocurrencies from existing.

The truth about the matter is that crypto information is spreading like a wildfire across every continents of the world. The government might try their best but in terms of defeating crypto, it's not possible.

It might look as if the government is winning today, but in the next few years to come, they can't stop the mass movement of people in supporting cryptocurrencies.

Most people across the world have resorted to decentralized ecosystems as their means of survival, since government is not providing jobs and other things that'll make them live a comfortable life. The provision of basic needs for citizens, which is the major responsibilities of government is not forthcoming, people have resorted to blockchains to keep body and soul together.

Take Hive for instance, a platform for content creation with crypto rewards is a very job creation platform for many, most especially people from low income countries in Sub-saharan Africa.

Once the information gets to the knowledge of a person in Sub-saharan Africa, they see the opportunity as a goldmine to harvest from.

A time is coming when people will risk their lives rather than see cryptocurrencies grey ban. DAOs is still the way forward in solving global economic challenge.

DAOs are more fluid and easier that traditional companies. With a smart contract to pay automatic dividends and so on.
I too trust that DAOs have a bright future

You're right, the future is becoming brighter as the day goes by.

Thanks for stopping by