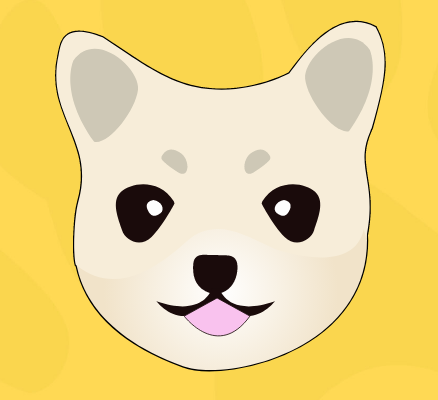 Apparently, Doge never reached to 1$ as many people thought so. In fact, they thought it will reach that much yesterday or the day before but never realized what exactly a pump like this means in terms of dollars.

After the Shilling of Elon and the constant pumping on Doge, some people thought that it will be a good way to scam others by creating clones of Doge. The other scenario is that they created these clones because it's easier to promote them thanks to all the publicity doge took.

A prime example of that is a token named SHIBA INU or SHIB. This is currently the top Doge clone which yesterday reached a new all-time high of 0.00000417. The funny thing is that today the price of the token reached a low of 0.00000147!

Now, most of these tokens are on uniswap and in fact, they are top tokens in terms of trading. You can check them here or below

As you can see the top one is SHIB, next is AKITA INU or AKITA. Regarding AKITA they say that it's like SHIB but with different tokenomics and inspired by elon and doge.

Next is SNOGE, WOGE, HOGE, SOGE and some of these are supposed to raise funds to get out of jail people from unjust marijuana-related offenses.

We also have HUSKY and the funny thing is that in their site they write exactly the same things as AKITA INU's site. Finally, we have KISHU INU who they claimed to be a brother of doge and are solving the deflationary issue.

Truth to be told i think there are many more of these clones and we also gonna see more of them in the future. Before you invest you need to ake your research and don't buy something just because someone shilled it or because it reminds you of another token!

That is my last post regarding Doge except if it reaches 1$ or dumps to 10 cents and such! Once again beware of these clones and make your research before you invest your money!

Why Do People Keep Buying Doge?

Why some People Prefer Stocks over Crypto: A talk with a Friend

What the hell is Happening with Dogecoin?

Hive is a Long-Term Project

Doge is the ultimate proof that the value of something is relative. 1 dollar is worth 1 dollar because we all agree it is. Doge is a meme now worth 40 billion dollars. What a time to be alive.

true! i just hope that people don't get burned from doge and instead make some money

Thankfully we can create our own inflation on Hive..without the rug pulls. :)

Hive is truly a hidden gem

To me honestly, the clones seem to have just as much utility as Doge...

a lot of people will lose money

I'm so a lot of these know as microcaps and they are basically slot machines. I've tried only safegalaxy.net . I put in $14 and now worth $101 but I expect to lose it all. However, these sites are very clever with their marketing strategies.

i am bit reluctant with all of those and even though i know i can have some quick gains i don't know weather i'll fall to that trap of holding or investing more and eventually lose it all :P So i stick to Hive, leo and more "risk free" coins like btc etc

LOL if you're copying a meme shit coin and people still invest in it and exchanges still list it, then fuck what hope do we have left

close to zero hope, but wasn't that always the case? :P