My Take on Noise.Cash: Spoiler Alert, i will be Harsh 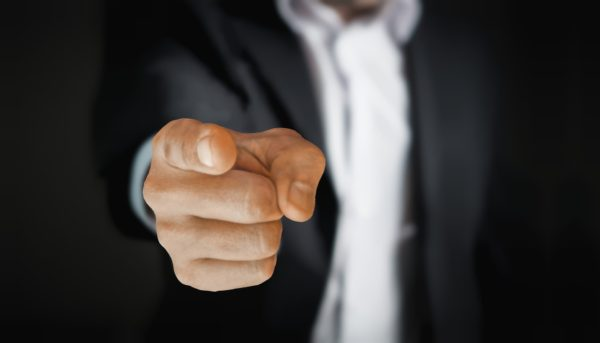 I think by now most of you that are on Noise.Cash has already heard the news. In case you haven't, you can click here and see everything for yourself. Now it's time for me to share my opinion about this and how much i strongly disagree with their decision.

First of all, we have low-quality posts, something that they determined according to their opinion. Something that even now after 3-4 years of journey on Steemit-Hive we haven't concluded as to what exactly is considered as low-quality content. 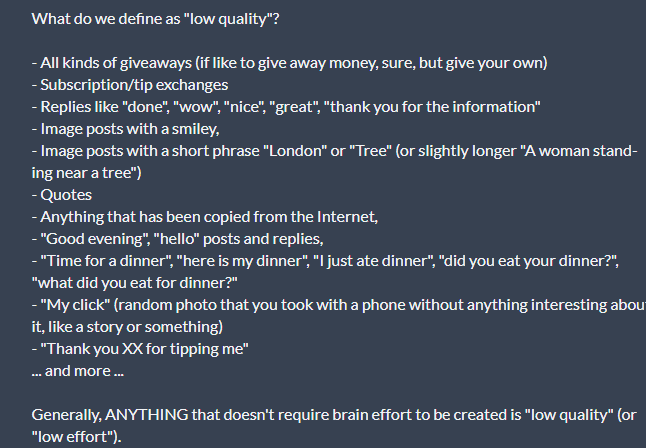 I agree with the following:

Now, let's analyze a bit all those things that i disagree with
All kinds of giveaways (if like to give away money, sure, but give your own)

This is something that i strongly disagree. I have never made a giveaway but i appreciate those that do so. Giveaways can boost engagement and even bring more people around. They mention that you can do it with your own money.

The truth is that they designed that system so after they give the tips it's not their money, they belong to the person they gave it to. Also, isn't it better to do a giveaway and attract maybe new users/ followers instead of giving the tips to your usual friends?

Another thing i disagree with. They say one picture equals 1000 words and to some extent that may be quite true. I really like to see random pictures because they can talk to you in different ways.

Maybe that Tree is a tree that 1000 years old. If the title is An American 1000 years old tree in California and below is the picture it's really fine by me and i would love to see something similar.

I don't need to have the whole story, that's one of the reasons they created Instagram because people want to see a pic without much going on around it. If then, i like the picture so much i can ask the person for more or search it myself. Now if the picture is copy/paste from the net i agree with them.

Anything that has been copied from the Internet

What does that even mean? If it's a picture alone from the internet or the exact words of someone then i agree with them. If i write something myself though and copy/paste a picture that is free for use what's the harm?

Also, ever heard of parthenogenesis and then a quote that says that there isn't any? Thus, in a way when someone mentions a big move about a company that let's say buys a lot of BTC, they are basically copy/pasting words from the internet and say the same thing with slightly different words maybe.

For the most part i get it and i agree with this but i don't agree when somebody posts a photo of his dinner and say a couple of things about it.

First of all, i am interested to see what he/she eats or cooked especially if he/she is from another country and i may learn a thing or two from it. Heck, he might just make 2-3 hours to create that dish, why we consider this low quality?

My click" (random photo that you took with a phone without anything interesting about it, like a story or something)

This is basically similar to another one i mentioned above. What may seems like a random pick may be something that the guy who took that pic, may have spend hours to find that place, animal or plant.

You may see a photo of a Chinese tree for example and you may consider it a random thing but for me that i took this picture in my one and only journey to China is another story. Let people judge whether they like it or not.

All of the above leads to that statement below which is quite stupid in my eyes. Given what i said above, this comment below is in my opinion low quality because it doesn't require any brain effort to write it.

They made a list without thinking a lot and this can be proven above. I bet that if i have a 1vs1 argument with them they would either blame me quickly for something or say to me that they didn't mean all those above like that.

Something that is an easy excuse to make when doing such poor work deeming something as low-quality content.

Let's talk about Hive & Leo according to Noise.Cash

That's what they said about these platforms and that's something that proves how centralized they are or will get in a couple of weeks. The point of cryptocurrencies was decentralization, that was the idea something that through their decisions we don't see it.

They want to sponsor they say Bitcoin cash but what they don't get is that people can use the internet for free. Thus, they can search and see for themselves about other cryptos and their possibilities.

Allowing only talks and promotion of bitcoin cash will lead to the exact opposite effect because people will actually be sick and tired of it. Through platforms like leo and hive many people joined Noise.cash and vice-versa.

Some use it to earn something extra like myself, others that i know liked it more than Hive and Leo and are very active there and some even bought bitcoin cash. So that doesn't mean that Hive and Leo stole all the people from bitcoin cash.

In fact, they helped Noise.cash bringing over quality and it can be even seen in the list they provided with users to follow. You can find Hive and leo members there.

Now i am not a saint myself, i use it to promote my newly made Hive and Leo posts which i believe are pretty informative though but that's another discussion. Also, let me tell you a sad reality.

One of the main reasons people are there is the money aspect. That means that they will do anything to earn some bitcoin cash. That translates and will translate a lot more in the following weeks to posts about how awesome bitcoin cash is, news about bitcoin cash without even caring about it.

They simply do it, because they wanna build an image around themselves that will give them a lot more rewards. If you want people like that's exactly what will you get in big numbers in the following weeks.

Ahh and what about those people that may only want to curate? Is that even an option?

I could write a lot more but this is already a very lengthy post and i have work to do so not time. I am really curious as to what will happen the next days on noise.cash.

Now I Give Double the Rewards when Curating

When You will Cash Out?

How Diverse is Your Crypto Portfolio?

How Can Your life Change with 1$ Leo & Hive?