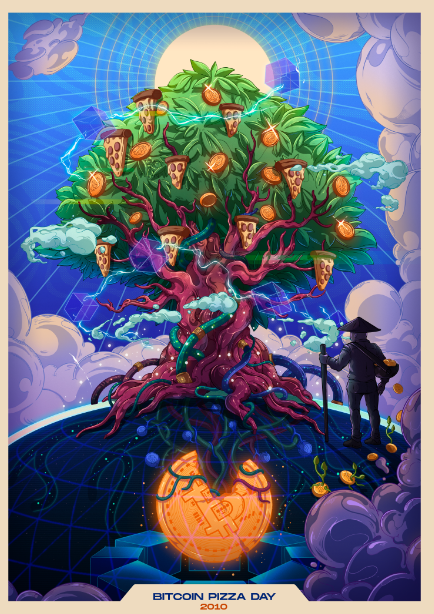 It's no joke that there is currently an NFT decline, something that most of us expected to happen. There are so many projects out there and sites that list those projects and their nfts that are basically helping with that decline.

Also, most of the projects and nfts either those that are created by well-known people like Elon's wife or those from unknown artists have something in common. That something is that there is no vision, no love for their art but instead they wanna earn some money fast.

To make matters worse some of the celebrities don't even create those nfts but instead, they pay someone to do that for them and then they increase the price x10-100 and become richer.

I won't start with the statistics and stuff, you can google it or even check here, some people have talked about that. I will talk in particular about the Bitcoin Origins project. Note that i "involved" with Nfts since Christmas and i am lurking in the shadows of projects like this one, so i know one thing or two.

Bitcoin origins is a NFT project on wax that their goal is to create nft cards with different rarities about Bitcoin's most significant moments. Through time they have enhanced their project with new additions like the Hunt and the Trip through the Garden.

For example, the Hunt is a series of puzzles and the winner will win 1BTC, not bad right? Anyway, up until now, they have created 5 moments. You can think of the moments like a series so they have 5 different series up until now.

On each series, they hold a sale with 3 different blocks, a block is like a card pack. There is the cheapest which is the 1mb block, the mid-size which is the 2mb and the most expensive one which is the 4mb. 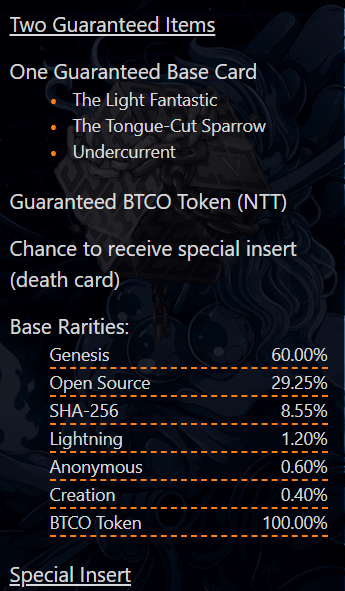 Before i start with telling you about the decline let me tell you beforehand that their cards are pretty awesome. Below you can see a card that i have and is worth around 10$-15$. 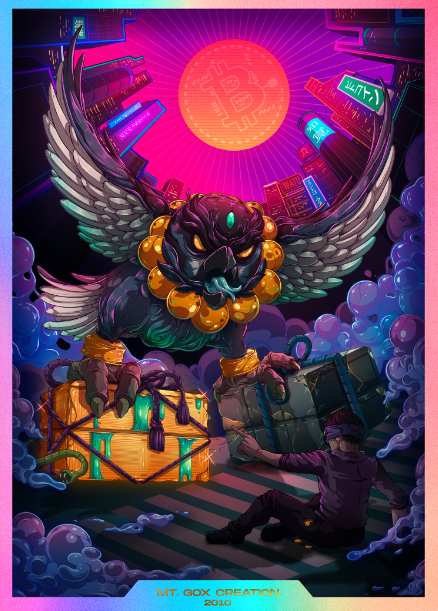 As you can see the guys had a clever idea and they also have awesome artists, so what can go wrong? The answer is, the markets, the human brains and marketing! I will explain shortly what i mean.

Everytime there was a sale everyone was going crazy and wanted to buy as much as they could. It's no secret that in less than 10-20 sec there was nothing left to buy. This is pretty awesome and we are talking about huge amounts of money. For example, the 1mb blocks were 7500 in total x 20$ which equals 150000$ in seconds.

Ofc the guys have costs to cover as well so we don't know exactly how much profit they have but that's a talk for another day or for never! In this sale, something amazing happened. Although the 1mb blocks and the 4mb blocks sold fast there are still 613/1000 2mb blocks available for sale, since yesterday. Something that had never happened.

To make the matters worse people are actually selling their blocks way cheaper than they bought them. For example due to the price variations because of the markets, someone has to pay between 980 to 1100 wax which will always be equal to 250$ at the time. Check the markets now 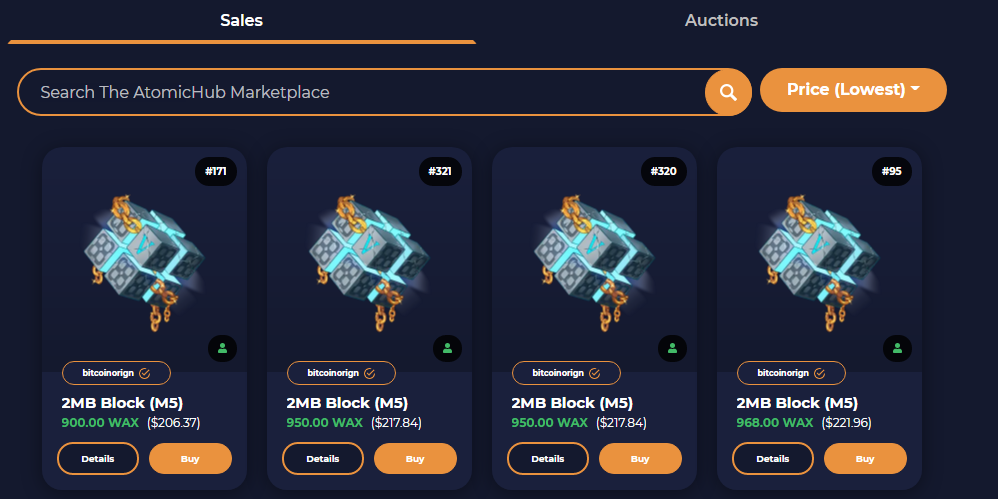 900 wax is the cheapest that you can buy and it gets worse. When you put something on market there are fees when you sell. If we exclude the fees the pure profit of the one that will sell for 900 wax will be:

774 wax or 178$ for something they bought at 250 which is a fucking -72$ loss. One of the reasons that this is happening is that the majority of people that bought, did it because they thought that everything will be sold in a sec and thus they could re-sell it higher.

With 613 blocks still on the official sales page, they are scared to death and they are panic selling in order not to lose all their money. Maybe that's the right move, maybe not know whos, only time will tell.

As i said i jumped to their telegram and a lot of people had second thoughts and were asking a lot of questions. My "fears" were true and one of the things these guys miss is good Marketing. Good marketing doesn't mean that you only need to create something new like the 1 btc initiative. 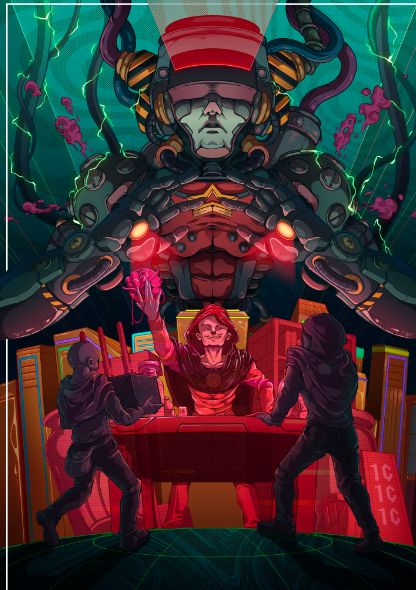 You need to know your audience first and your audience like on every nft are people that want profits and not collectors. Thus, somehow you need to build an environment that will be smooth for both those categories. Let's talk numbers again.

You can understand this when you see that they've dropped it a bit during the last sale. That's one of the negatives. The other one is that everything happens too fast. I think the last sale was 1 month ago and you have to take into account that people don't have that much money to spend each month. 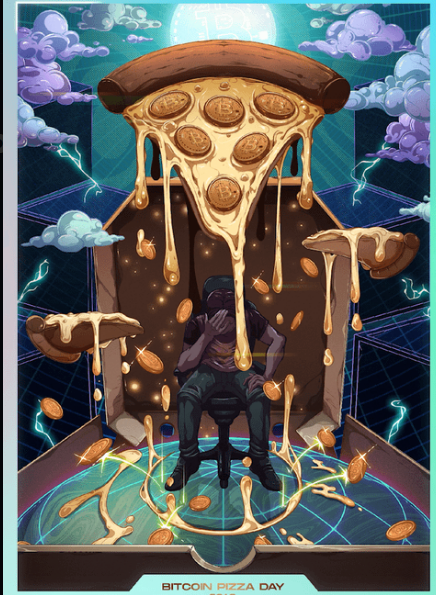 If this continues like this and at the same time the vast majority doesn't even make a profit then this project is doomed. Moreover, they lack on how they advertise this. For example, half of the people that i talked had no idea about the sale this month.

Finally, i talked a bit about this above, people don't have too much money to spend. Nft is a hobby or a way to earn more money. Also, people that are buying for example Bitcoin origins NFT doesn't mean they are not buying other nfts as well.

Aside from the lack of marketing, i think they miss major economic plays like swot analysis and stuff. They were also a bit greedy and it can be seen with the many blocks and having one sale after the other. People have spoken and you can see this on the 613 blocks sitting on their official page!

Tell me about your new favorite Crypto or Hive Token

Teamwork in Businesses: Problems that can Arise and Solutions

The Cost of Living & Cultural Traditions in Athens Greece

I still think all these NFT's are an idiot tax designed to cleverly seduce people out of their Bitcoin and ETH the same way ICOs were, lol can't wait to see all these loud mouths NFT proponents when this whole thing implodes and they stuck holding the equivalent of Bitconnect tokens

most will fail, especially those that are on an eth-based platform!

No one loved the art they created, they just wanted to make a huge amount of gains

And this has blinded them from taking the right steps which involve marketing, and swot analysis as you said

It's a modern day gold rush. Selling the shovels is, where the real money is.
NFTs as a technology are huge and many NFTs will only improve in value.
Others are just a flood of useless information, trying to make a quick buck.

I'm personally into Gods Unchained and Upland. Both are based on NFTs. But both can be played and NFTs can be earned for free. So there is no risk of buying snakeoil.

i used to play gods but i delete it. You couldn't combine cards to create new nfts and sell them, i recall the name of the actual thing, to be honest. Is it the same now or they fixed it?

They're making progress. Slowly... They are currently moving everything to IMX. That's a 2nd-Layer solution.
You can currently only trade Trial Cards but you dont have to pay any gas fees. Forging(combining to mint) might be available in a couple of months.

ahhh i see! thanks for the info!

Hype can only last for so long but it also doesn't take much to get it sparked up again.
NFTs have a point but yes I agree once the hype started all the crap came with it in terms of scams, trash NFTs etc. But be mindful there are legitimate and truly good quality NFTs. NFTs have actually been around for years it's only recently they sparked up in demand so even though it's on the decline it's far higher than what it was just 6 months ago.

NFTs have actually been around for years

ahh i didn't know that at all! i thought it was a completely new thing

Been about 2-3 years now since they existed but only became recently popular. I believe one of the first was cryptokitties lol and really you could say Splinterlands cards are NFTs

Just after few hours from our chat at noise.cash I saw lowest price 2MB Blocks getting sold out quickly. I adjusted mine's price too. Then went to see the current official sale and found this they cancelled the rest of the blocks. about 600 of them. What a great move from the team. Respect+

yeah indeed a great move! I set a high price for mine and i don't really care if i sell it or not at that point because it's a special boon! so if i don't sell it the next couple of hours i will open it. win-win!