1 month ago
2 Min Read
395 Words
LeoFinance
If you are like me then you are doing 2 things among others. The first one is to constantly check on new posts and the second one to constantly look at the prices.

Call it a habit, an addiction, or whatever else you want to, it is what it is! So you may have noticed a little pump in the prices of LEO and WLeo. I think Leo was about 0,24$ and suddenly i saw it at 0,28$

So what is the cause of this nice pump?

In case you are wondering as to what led to that pump let me enlighten you by sharing the one and only truth with you all. About 3 hours ago @leofinance published a 4k words post.

In that post, which you can find right above @khaleelkazi wrote down most of the updates they implemented in Leo, showing the progress that has been done.

To tell you the truth if you sit down comfortably and read it you will realize that a lot of work has been done and that's why Leo has the success that it has. 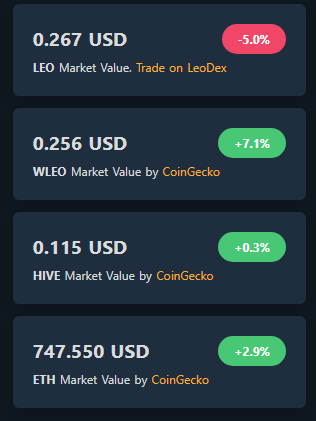 Honestly, in those 4 years that i am on steemit/hive/leo this team is the most hardworking one that constantly hears the community and tries its best. I keep saying this but they deserve it.

Now aside from this, another factor that for example WLEO keeps on pumping is the ETH which is going like crazy. Above everything, though there is something else entirely.

If you read my yesterday's post you already know by now, that LEO is preparing the biggest airdrop we have ever seen! To be eligible for that airdrop you need to have LEO or WLEO staked! 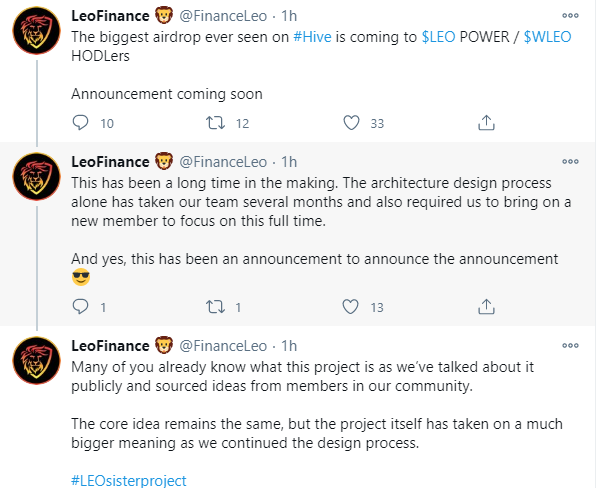 Aside from that, we don't know what we will hear but we know that the announcement will come as a post of 25k words so i expect a lot from it. There is speculation going on about microblogging but that's purely assumptions made by the users.

If you now combine this tweet and the post regarding all the updates that have taken place, then there you have the reason for that pump. Also, if now we had a pump that led LEO to 0.26-0.28$ i can't imagine what will happen when the airdrop announcement will be published!