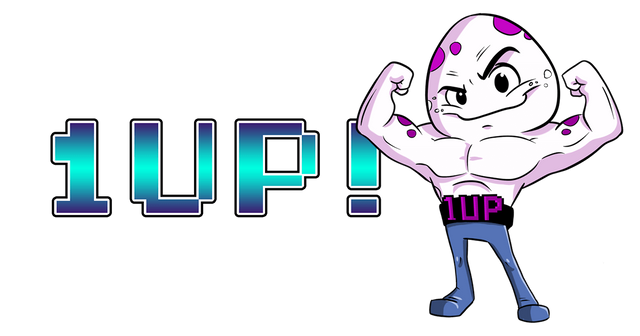 A new Hive-Engine token has been created, called ONEUP. It powers a new outpost community called 1UP, which is dedicated to the blockchain gaming market with its PlayToEarn mechanics, as well as the power of NFT assets.

Get Into The 1UP Zone!

We are seeing a disruption in the gaming industry, with the rise of the likes of Axie Infinity and Splinterlands. People are starting to replace their 9-5 jobs with PlayToEarn alternatives. This trend is still in its infancy but is growing quickly by the day. Splintertalk with its SPT token is leading the way but is limited to Splinterlands. There are other games on HIVE and beyond and it is getting increasingly difficult to learn more about all these PlayToEarn opportunities, that are popping up like mushrooms.

Besides earning crypto in-game currencies, they are merging with NFTs in forms of rare assets that even create yield just for owning them. And others sell images for millions of Dollars so that even people outside of cryptos have heard of NFTs, as everybody is talking about it.

To find and reward that kind of content on HIVE we came up with the idea of a special community for it: 1UP with the ONEUP token.

You can find our own outpost frontend on 1up.zone. 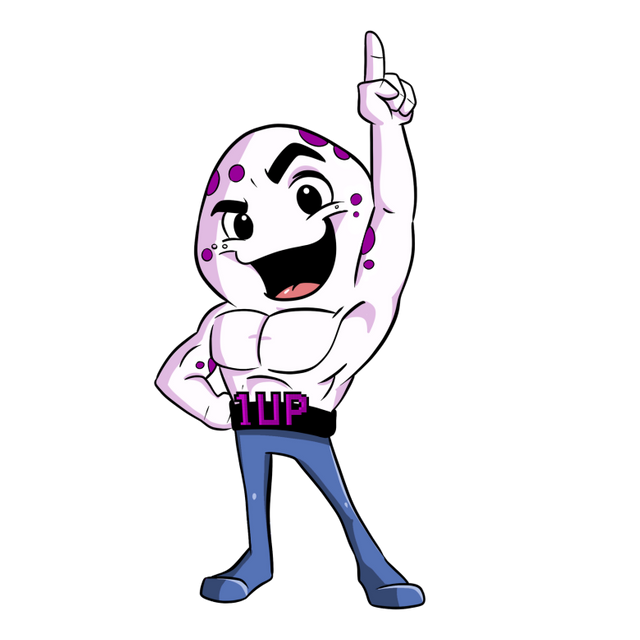 As you can see, there are many posts from Splinterlands on our frontend right now, because we automatically follow the #spt tag. I am the third largest SPT holder and operator of the @monster-curator account, the largest curation service on Splintertalk. The synergy is beautiful and good Splinterlands authors will start earning ONEUP easily!

But also other communities like Axie Buzz or #dcity (which we also follow the tag), will be able to shine on 1UP.

And as soon as we start curating #oneup content, the trending page will become more diverse and feature a broad spectrum of blockchain gaming and NFT assets.

The Future Of 1UP

This is just the beginning. We, the founders, want to develop bridges for NFTs to other blockchains, starting with Aspire, where we created NFT Studios and build our own game ChiFiBots. We want to both bring our assets from there to HIVE and vice-versa. 1UP can become the marketplace the easily swaps assets between your games.

But to really bring value to 1UP we are looking into GameFi, to implement ways to reward owning NFT assets. There are many overlaps with the LeoFinance community and their focus on financial topics and 1UP with the focus on PlayToEarn and NFT assets. A CubFinance for NFTs? Let us all figure this out together.

Personally, I see 1UP as a gaming community that can build cool stuff for itself. LeoFinance has shown how some dev work can result in amazing value for the token. We certainly plan to follow the same path. And Hive-Engine has created tools like Liquidity Pools and a DAO feature for Outposts like 1UP, with its own inflation pool for proposals. It was never easier than today to put our heads together, dream big and build the 1UP YOU want to see.

We are issuing a total of 10 Million ONEUP tokens, in four installments every six months. Founders, investors and all reserve accounts will get the first 25% now. The last installment will be paid in 18 months from now. Below is the total distribution after 18 months:

We have activated the new SMT contract for 1UP, which is replacing the old ScotBot on Hive-Engine.

Inflation is set to 7.5 million tokens for the first year (which is 100% of the issued supply after one year). This will drop over time. Author and Curation reward curve is set to linear, payouts are 50/50 author/curators and 100% liquid.

The main tag is #oneup and additionally #nft, #nfts, #spt (Splintertalk) and #dcity. I tried to call more game tags but for whatever reason I could only set tags with 5 letters or less.

We will release a series of different airdrops and rewards for people who participate in the 1UP community. We want to attract people who are builders and should be rewarded with a proper stake in ONEUP. We have reserved a large chunk of our supply for that. Stay tuned for more details.

Not The Same 1UP

If you were here four years ago, you might have followed my 1UP idea. It was meant as an alternative voting system for STEEM at the time but never was fully realized.

The new 1UP Outpost and its ONEUP token is not affiliated with the old 1UP project on STEEM in any way.

The only overlap is the name, the open source pixel logo that came out of a user contest years ago, as well as me being the head behind it again.

Join Us On Discord

There is much to build for us. We are passionate but we also need your feedback and ideas to realize the best for 1UP and its community. Come join us on Discord and discuss with us your thoughts.

It's great to see mor ecommunities eveolving here. For sure gaming and NFT is a hot niche. Looking forward to contribute towards the community. May i should start posting again atelast once a week. This seems enough motivation for me.

I am excited for this outpost.

Wow! Beautiful initiative. A common second layer reward mechanism for all the games on the chain. Nice!

Really excited to be one of the early investors and very excited for the future! I have no doubt this will become one of the most successful tribes to date.

Great to see this come to light so quickly!

Freak yeah!!! This is awesomeeee count me in big time on this as I love gaming, sharing gaming and feel like gaming is one of the 3 pivotal pieces for crypto adoption worldwide.

I really appreciate each project to bridge Blockchain gaming and crypto blogging in Hive ecosystem.

Many thanks for your efforts ^^

Exciting, A new opportunities for everyone with a lot of potential.

Nice! Another project with @jongolson energy!

ha ha ha ha ha I just love the games!!! and know the guys behind this thing, big fans of @kevinli and @flauwy

This may be the best post I've read all year on Hive. So many exciting things happening!

I did feel like writing it took a year.

but it's worth it, this is the best content so far.

Amazing project, I see the future of this project that enable players to swap nfts between players or between games

What would be the price of oneup in first round presale.

Good question. Maybe I can calculate that after I got some sleep. ;-)

FULL SUPPORT for you guys, i trust in monster-curator

let's build this together, i'm not the best game player, but i will post about it on ProofOfBrain tribe

If you were here four years ago, you might have followed my 1UP idea.

That came to mind as soon as I read the title of your post. 😁

Sounds like a great project Flauwy and I wish you every success with it?

Who else is involved in it?

@flauwy! I sent you a slice of $PIZZA on behalf of @gillianpearce.

Great to see more Outpost communities started, and especially very topical ones like this one. Good luck guys!

👍🏻 Sounds very good, especially to make this Token a bridge also to other Games and Blockchains! All the best and looking forward to hear about the next steps!

Hi @flauwy
I love blockchain games and I will definitely love this wonderful project that combines multiple games from a community and its token.
!BEER
!PIZZA
!LUV
@tipu curate

@flauwy! I sent you a slice of $PIZZA on behalf of @libertycrypto27.

Best of luck in your new venture my friend.

Great to read from you! All the best to you as well.

How to become an investor?

Very keen on this idea. Cant wait to go down the rabbit hole and find out more!

Loving this initiative, posted a Splinterlands article yesterday, will drop the next one from the 1up frontend :)